Rumours of a deal for de Silvestro - who is 25th in this year's points in a Team Harvey Norman-run Nissan - have been rife in the paddock since Craig Lowndes' retirement was announced at Townsville in July.

However, a two-car Triple Eight outfit is now believed to be the likeliest outcome for next season.

"I still haven't made a definitive decision on whether we're going to do two or three," said Triple Eight boss Roland Dane.

"I think we've proven that we can run three cars, and there's no shortage of people who would like us to run a third car.

"But I have to make the decision that's best for the business.

"I would hope to [make a decision] within this month.

"I've always said within September, we have to be making those calls." 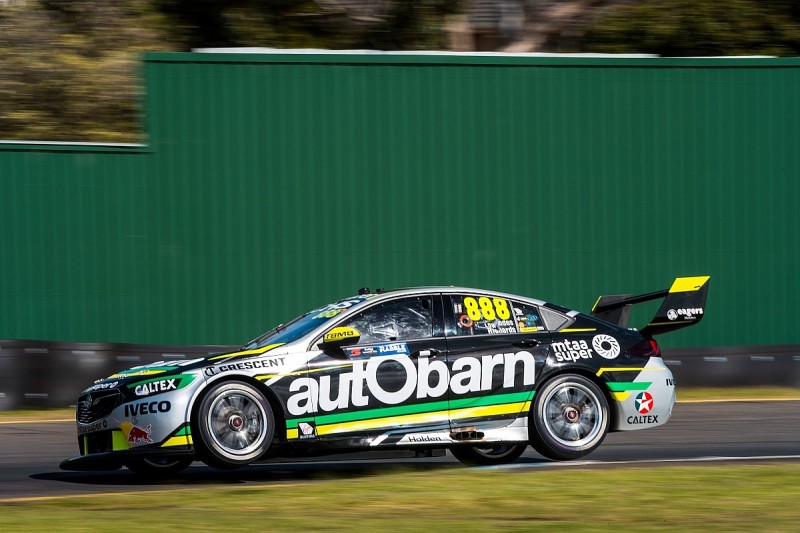 Roland Dane also confirmed that any plans to absorb Tekno Autosports to become a four-car team were also off the table for next year.

De Silvestro is technically contracted to Nissan for another season, but it is understood that she has a break clause allied to Nissan withdrawing from the series at the end of the year.

When pushed on the Triple Eight rumours, de Silvestro told the Melbourne Daily: "There is nothing to say really, it's just rumours."

Racing in Europe is another option believed to be on the table for the 30-year-old Swiss driver.

If a deal to bring de Silvestro to Triple Eight does fall through and it elects not to enter a third car, the team's entry could be taken up by a squad from the Super 2 Championship.

Kurt and Jake are brothers while Brodie is the pair's cousin.

It is unclear which driver would be favourite to take the vacant entry, but Dane is in the best form having won both races at Sandown last weekend.

Kurt has made a pair of Supercars appearences, standing in for Lee Holdsworth in 2016.