Supercars teams are preparing for the first race under lights in Australia in more than 20 years, with the 'SuperNight 300' kicking off in Sydney

Teams and drivers got their first proper taste of night conditions during first practice earlier on Friday, with Chaz Mostert heading Scott Pye in a 40-minute session that was crucial for validating any educated guess work.

While teams have been asked not to make any changes to Supercars' standard headlight systems because lighting conditions have been honed for TV cameras, there are likely to be adjustments made to the cockpit for the drivers.

Part of that is lighting things up, with LED light bars set to brighten the drivers for cameras, and teams will come up with their own interior light options for switches and adjustment bars.

It will also include dulling things like shift lights and dash screens down - a lesson learned by accident during the Australian Grand Prix weekend when the Saturday evening race finished in the dark thanks to a rain storm.

"The last race that finished in the dark is one I'll never forget, so another result like that would be nice," said Albert Park race winner Pye.

"Adjusting to the little things was important during that race and will be again heading in to this weekend.

"It's the stuff you usually don't have to think about like the brightness of dash lights and the sponsor screen in the middle."

A number of teams will run revised liveries designed to come to life under lights - including Walkinshaw Andretti United, which has a brighter, whiter look that was debuted in Townsville last month. 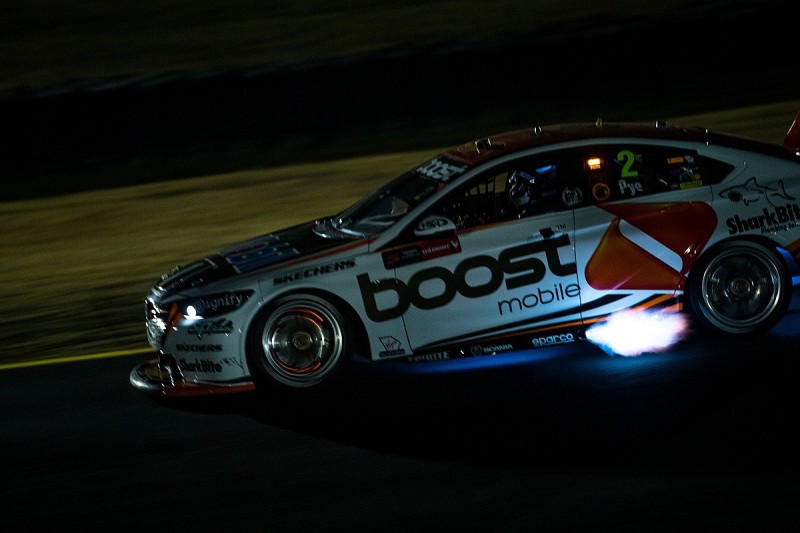 Brad Jones Racing and Erebus Motorsport have opted for reflective sticker work, while Matt Stone Racing driver Todd Hazelwood says the team has "a few extra additions to the outside of the car".

In terms of external lighting, only a handful of drivers that were involved in the light testing will go into practice with any understanding of what to expect from the 50 light towers that will be placed around the circuit.

Among them are Simona de Silvestro and Fabian Coulthard, who undertook preliminary testing a year ago, while James Courtney, Shane van Gisbergen and Garth Tander have more recent experience from the latter stages of testing.

"We were looking at all the light placements and making sure nothing is obviously glary in your eyes, ensuring they're in the right spots," Tander told Supercars' official website.

"We've been adjusting small bits and pieces, but the general layout of the lights is really good.

"There's plenty of light out there, we'll be able to see everything we need to see, and it doesn't really look like there's anything that can trip us up."

In terms of car set-up, many of the pre-event question marks centred around balancing the UV-sensitive Dunlop control tyres between the day and night sessions. Earlier this week, the series announced it would give each car an extra set of tyres for the event.

"Straight from the outset the first practice session on Friday will be crucial, as this is the only time other than the race that the cars are on track at night," said Matt Stone Racing head of engineering Wes McDougall.

"This means gathering information on tyre temperatures and pressures, as well as the correct blanking to use for the engine and brake temperatures will be of vital importance. 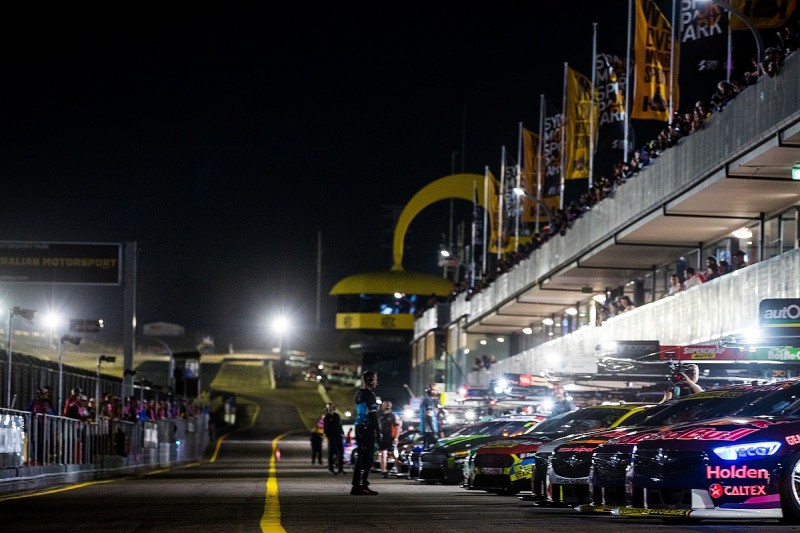 "The Sydney track changes grip levels a lot - with both temperature and UV levels - so the trick will be understanding that and having a good car for qualifying in the day, but more importantly having a good car in Saturday's night race."

"The temperatures are going to be drastically different in the middle of the night compared to what we're used to in the day," Woodward said.

"So things like radiator gurneys, brake [blanking] lengths, we'll obviously increase them to get back into the operating window.

"The other things that happen is the air is a lot colder, a lot more dense, so the engine will make more power and drink more fuel, so fuel economy will go up.

"Because the air is more dense, there will be more downforce, both on the front and rear, so distribution will change a little bit."