Shane van Gisbergen hunted down Will Davison to win a fascinating opening leg of the Townsville 500 in the Australian Supercars championship.

Davison got the best of the start from the outside of the front row, charging into an early lead ahead of van Gisbergen.

However it wasn't long until both were swamped by Tim Slade, one of just three cars to start the race on the super soft compound tyre.

Slade went from ninth on the grid to third on the first lap alone, before passing Davison for the lead several laps later.

David Reynolds, another of the super soft starters, swiftly followed Slade through into second place.

Behind them Davison and van Gisbergen continued to battle to be best of the hards-shod cars, the Kiwi sliding down the inside of the Shell Mustang for third place at Turn 2 on lap 14.

The front two trucked on with the softer rubber until lap 27 when Reynolds pitted for hards. Slade and Davison followed two laps later which elevated van Gisbergen back into the lead.

Van Gisbergen ran until lap 31 when he stopped for another set of hards and fuel. That dropped him to eighth in the order, but with a fuel advantage, while Slade resumed at the head of the field.

Slade led Davison across much the second stint before Davison took his second service, and a set of super softs, on lap 55.

Slade then stopped three laps later, opting for a set of hards rather than re-using his super softs from the first stint. 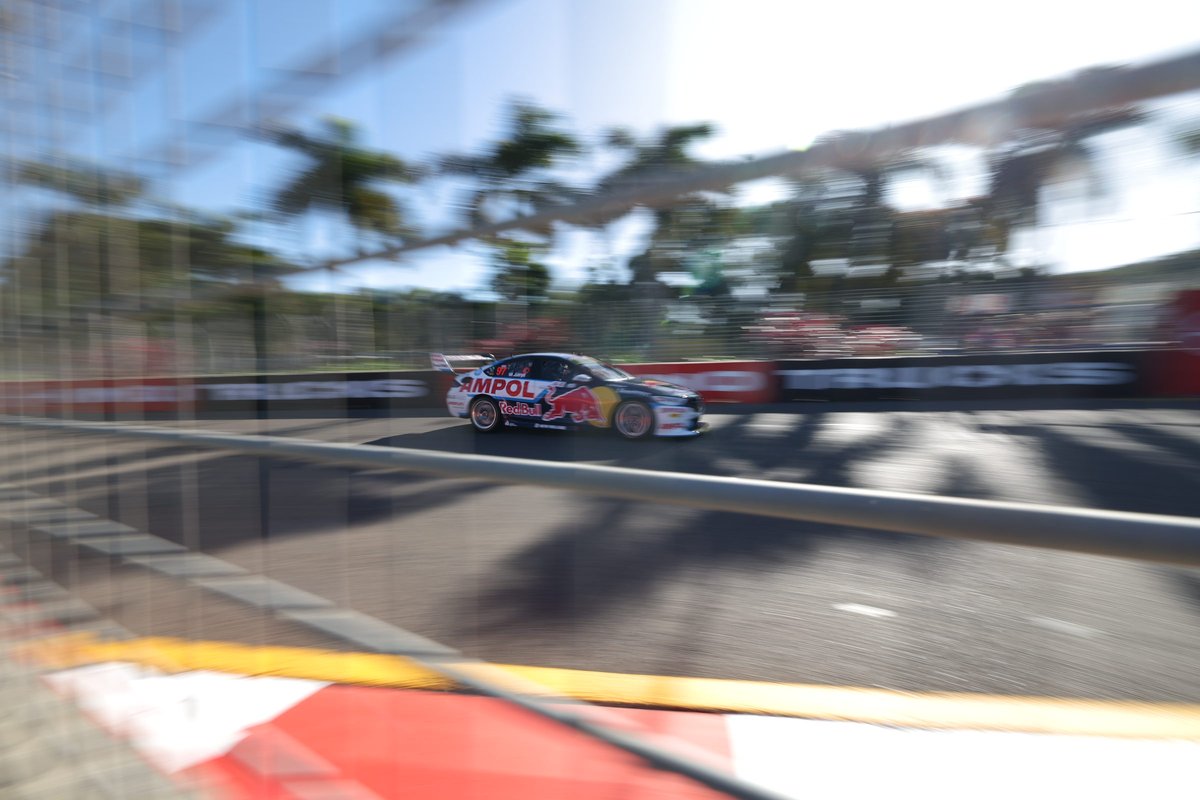 During that second stint van Gisbergen worked his way to fourth on the road before filtering to the top as others stopped.

He then took his own final service with 25 laps to go, fitting super softs and resuming back behind Davison, Chaz Mostert and Slade with a 17-second margin to the lead.

However, van Gisbergen had the youngest super softs of the lead group and was able to dispense of Slade and his hard tyres in just three laps.

He then set about chasing down the lead two, barging past Mostert at Turn 10 with 11 laps to go.

At that point he was still seven seconds behind Davison but it didn't take him long to erase the gap.

With five laps to go he got inside Davison on the exit of the final corner, using his superior drive to charge into a lead he would hold until the end. The win restore's van Gisbergen's series lead to 262 points.

"That was a great race. Real team strategy there," said van Gisbergen. "I thought we'd put ourselves a bit too far back in the middle but came home strong at the end.

"It was a good little battle with Will, his lines were awesome, he was driving really well.

"The first stint was good, the second stint was horrible. But as soon as you put the soft on, the car feel's great.

"It was a really fun race. I'm gutted because we nearly got it. We were really aggressive going that early. We had a crack, and that's all you can do."

Cam Waters came home strong in the race to finish third, a move on Andre Heimgartner two laps from home sealing the podium.

Scott Pye finished fifth behind Heimgartner, followed by Anton De Pasquale, Broc Feeney and Slade, who slipped back to eighth on the hards in the final stint.

Mostert sunk back to ninth in the second stint as Jack Le Brocq rounded out the top 10.

Reynolds, meanwhile, fell right out of the running after his strong first stint and ended up 18th, more than a lap behind van Gisbergen.