Shane Howard will replace Sean Seamer as the CEO of Supercars at the beginning of next month.

Howard has worked for Supercars for the past two decades, most recently in what was effectively the COO role, overseeing event management and motorsport operations.

He has been a central figure in Supercars' largely successful navigation of the pandemic over the past two seasons, as border closures continually complicated the schedule.

He steps into the CEO role vacated by Seamer, who announced his impending departure late last year and has since relocated to the United States.

Seamer was set to continue in the role until midway through this year, however Howard will take over the job on February 1.

“This is an amazing opportunity and I’m very proud to be moving into the Chief Executive role at an organisation I have been a part of for more than 20 years," said Howard.

“Over that time, I have worked with some of the most incredible minds in sport and entertainment who have helped us grow the organisation to where it is today – one of Australia’s most popular sports.

“The fans have always been at the heart of what we do. Our goal is to move forward and continue to innovate and expand our events as well as our footprint in media and the digital landscape.

“I share the passion of our staff, teams, sponsors and key stakeholders who want to see the sport continue to grow.

“I am excited about our future under the new ownership group and have full confidence in our management team that is experienced in delivering world-class events for one of the top touring car categories in the world.

“It is an honour to be taking on this role as Supercars Chief Executive.”

Howard takes over the top job at a critical time for the category. As well as the ongoing challenges of the pandemic, Australia currently dealing with record numbers of COVID-19 cases, there is also the impending transition to the new Gen3 regulations in 2023.

The category was recently sold and restructured as well, the RACE consortium now in full control while the teams are no longer part of the ownership group.

That's prompted a change in the entry system from Racing Entitlements Contracts to Teams Racing Charters and a significant shake-up of the Commission process.

According to new Supercars chairman Barclay Nettlefold, Howard is the right man to lead the category into its future.

“As an incredibly talented businessman, Shane brings many great qualities and experience to the leadership role within the organisation," said Nettlefold.

“He is well credentialed and enjoys support from a wide cross section of business and community leaders as the right person for the role.

“Just as importantly, he has a deep understanding of the sport, the teams, our key stakeholders and fans.

“With Gen3 hitting the track in 2023 and international borders beginning to reopen, he has a clear strategic vision for the future of Supercars which the new ownership group fully supports.

“He is an outstanding leader with a proven track record in guiding Supercars’ operations.

“He is genuinely passionate about Supercars and we are very pleased to appoint him into the Chief Executive role.” 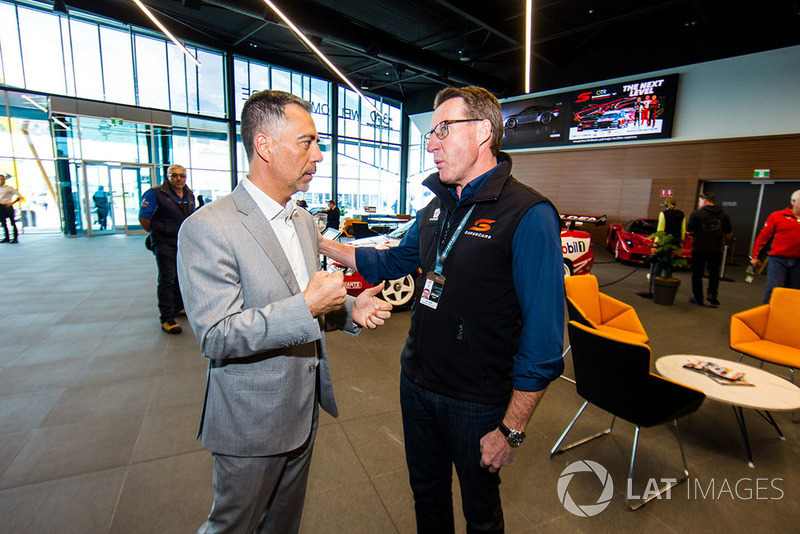 Skaife has been working closely with the Barclay Nettlefold-led RACE consortium since the bidding stage of the Supercars sale process.

Now the sale is complete, Skaife's role in the new structure of Supercars is becoming clearer.

He will effectively be in a motorsport advisory role on the new-look Supercars Board, which will include overseeing the revamped Supercars Commission.

The Commission is responsible for debating sporting and technical matters and making recommendations to the Board.

Some elements of the former Commission will be retained, with Neil Crompton to continue as Chair, while newly-appointed Supercars CEO Shane Howard will also be involved.

The make-up of the Board has now also been clarified by Supercars Chairman Barclay Nettlefold.

He will be joined on the Board by Skaife, John McMellan and Barry Rogers from Australia Racing Group, Stephen Macaw from investment firm Henslow and Jure Domazet from real estate investors DOMA Group.

It's understood TLA Worldwide boss Craig Kelly is also in the mix to join the Board, although that's yet to be confirmed.