The Bathurst winner spent two days overseeing Payne's first drive of Supercar at Winton during the week, as the young Kiwi underwent an evaluation with Kelly Grove Racing.

Payne is in contention to replace Andre Heimgartner in the #7 KGR Mustang next season, despite being in just his first full year of car racing, and having never driven a Supercar before the Winton test.

According to Reynolds, the 18-year-old showed all the speed and level-headedness required for a shot in the main game.

"For a person with very limited experience he's got a calm head on him, and he's fast. That's what you want.

"He does have what it takes to be fast and at the front, definitely. His approach is very easy, he doesn't get flustered or stressed out.

"He's great to deal with. I'm quite surprised that someone with that limited experience is so good."

Payne, the first driver signed to the new Grove Junior Team, is the front-runner to take over Heimgartner's seat next season.

However his promotion will hinge on Motorsport Australia granting him a Superlicence exemption as he won't be able to meet the requirements by the start of next season.

While he may hit the 13-point threshold thanks to his Toyota Racing Series title and his strong start to the Carrera Cup Australia season, he'll fall short in terms of time spent in the Supercars system.

Payne is set to debut in Super2 for Grove Racing this season but will only get a maximum of two round starts under his belt. 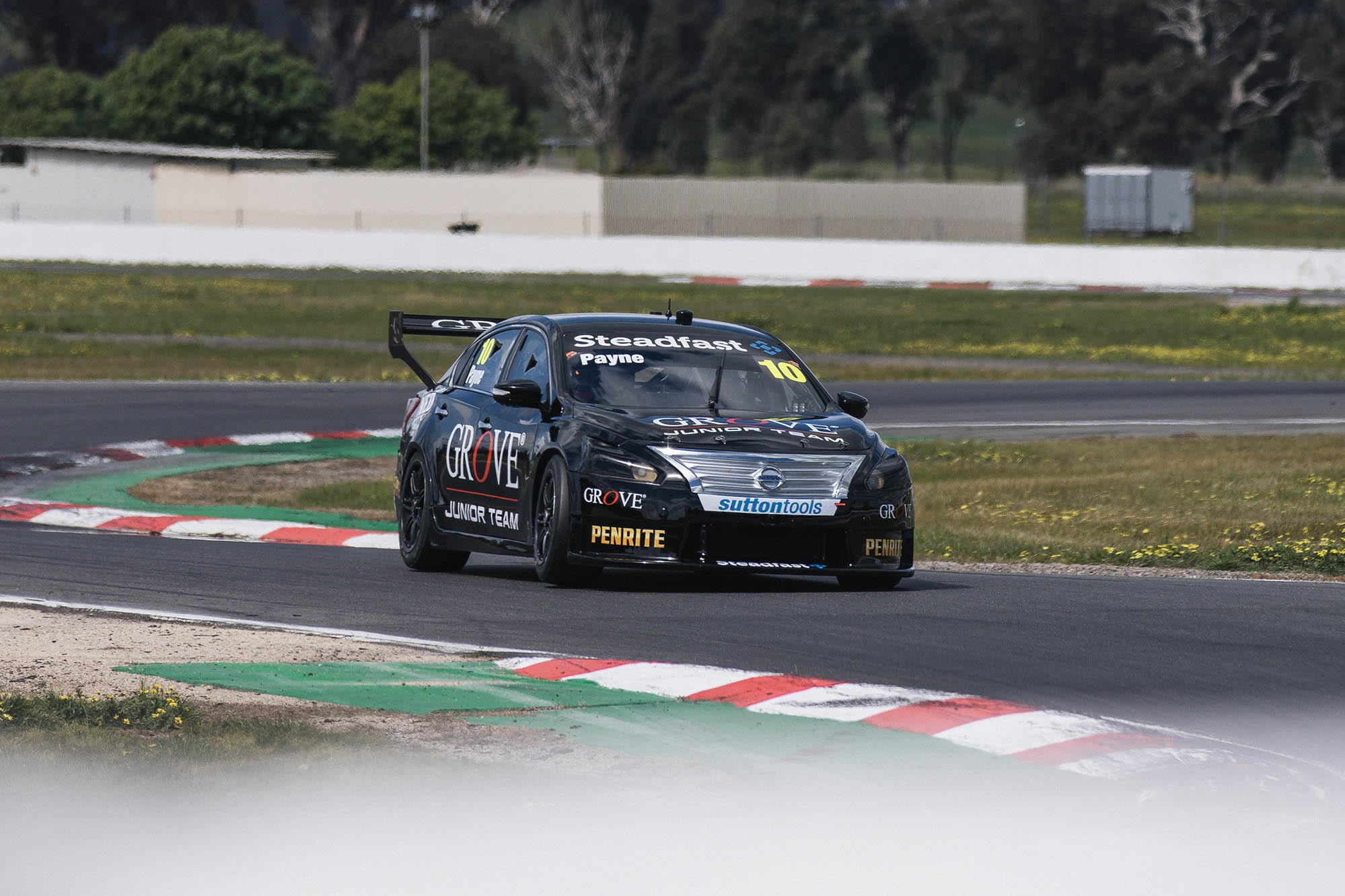 An exemption is likely to require sign-off from both Motorsport Australia and Supercars.

Autosport understands a formal application for a Superlicence is yet to be lodged.

Expanding on Payne's rookie running at Winton this week, Reynolds said it brought back memories watching a young driver experience a Supercar for the first time.

However he added that it highlighted how different the current Gen2 cars are to the Project Blueprint hardware that he stepped into out of Carrera Cup back in 2007.

"Watching a young kid get up to speed, it brought back a lot of memories from my first time in a Supercar [at Winton] in 2007," he said.

"We were comparing notes on our debuts and it was like comparing apples with oranges.

"The cars were so different back when I started. The tyre was different, the cars were heaps harder to drive wth the H-pattern gearbox. I was throwing it off every second lap, missing gears, looking like a complete idiot.

"But the cars these days, all the young kids can get up to speed pretty quickly. They are much faster, too. At Winton we'd do cartwheels if we could do a 1m25s, but he's rolling around doing 1m21s, 1m20s and stuff. Five seconds faster!

"You can't really compare it anymore."