These would potentially allow the Commodore to come in under the minimum weight of 1410 kilograms (combined), with Holden teams then able to place ballast to help weight distribution.

"Centre of gravity is king in any racecar so it's something we need to address and do so as quickly as we can," said Story.

"I think a precedent's been set with some of these panels, and if we're going down the path of ensuring that we have parity, we just need to ensure that what's good for the goose is good for the gander. And the series know that.

"I think we'll see that we have the ability to fast-track and ensure that we're all on the same page and do so as quickly as we can."

As Ford homologation team, Tickford Racing would play a major role in re-homologating.

"Supercars will look at it, look at what we're competing against, the part we're looking to replace and work through a process of making sure that nobody's taking the piss," said Tickford boss Tim Edwards.

"If it's made out of carbon or steel, it shouldn't really matter," he said.

"If we do find out there's a heap of panels that are a lot lighter, then the incumbent manufacturers have got a little bit of an issue to deal with.

"It's not a very smart idea if a car comes in with lighter panels, so the rest of the category has to spend a heap of money to match it. That's the reverse of what it should be.

"It would be great to make these cars lighter, but that would be at great expense to the other manufacturers and other teams if we need to do that.

"It's not the right thing for the incumbent manufacturers to have to change to something that's just turned up." 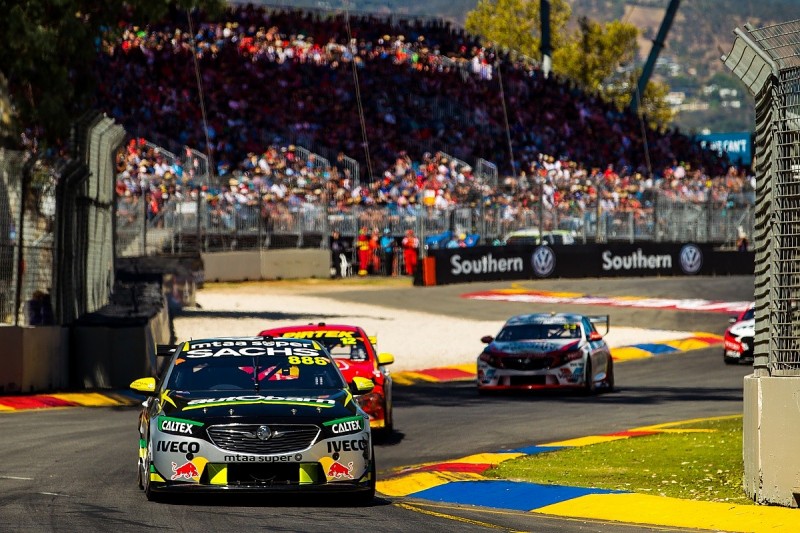 Mark Dutton, team manager of the new Holden's creator Triple Eight, admitted the ZB does run more ballast than its predecessor but argued this was not just due to the panels.

"That's more to do with evolution and hard work then necessarily panel weights," he said.

"The Wright brothers didn't fly a 747. When we build a new model, and any year before we go racing, we work all off-season to make the car as light as possible.

"Supercars did a study, measured all the panel weights, spoke to the various teams and manufacturers and the ZB, from my understanding, isn't the lightest."

Supercars conducted weight tests during the Adelaide weekend but has yet to make results public.

The new Holden won both races at the opening round with Shane van Gisbergen.