The defending champion was pushed wide at the long Turn 5 left-hander by team-mate Fabian Coulthard on the opening lap of last Saturday's race, but limited the damage by rejoining at the front of the field at Turn 8, rather than at the back on the way into Turn 6.

The move sparked controversy, particularly as McLaughlin went on to win the race, but was deemed perfectly legal thanks to a line in the drivers' briefing notes that reads "cars running wide at T5 must rejoin proper to the T9 flag point".

However, that could change for future Winton races, as Autosport understands that CAMS will review the current rule and discuss potential changes with relevant stakeholders.

That would be a welcome change for many in the paddock, including Triple Eight team manager Mark Dutton who, while satisfied McLaughlin did not break any rules, said the incident proved the rule needs changing.

"I think as the rule was, that's fine," he said. "Is the rule right? Nope, it's clearly not right.

"You can't fall off the track and think that, 'Hang on, I fell off in P3, so if I rejoin in P3 I have't gained anything'. Except the other fella that was right behind you and fell off the track rejoined in P17.

"So the fact you get the maintain your position while falling off the track is a massive gain. But that's not the rule, so what [McLaughlin] did was within the rules." 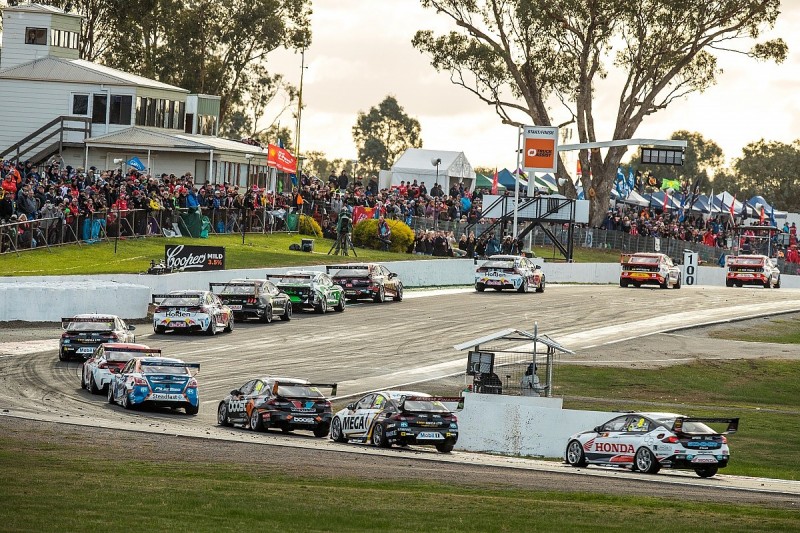 Tickford boss Tim Edwards, who is also a Supercars Commission member, said he expected CAMS to look into the rule as part of its standard post-event debrief.

"They always review what happens," he said.

"There's a lot of debriefing that happens after a weekend that teams don't realise goes on, between the stewards and the Supercars officials.

"They always review the week post-event. Whether there's enough toilets here, was it good enough getting out of the venue... everything gets reviewed after the weekend, both on and off the track.

"It does seem a little bit bizarre that we could all drive off [and Turn 5] and just cut across that every single lap of the race and not get into trouble. You can have 24-car train doing that.

"Unfortunately, it was a bit of a bizarre way [McLaughlin] went off. Generally, when you go off at that corner, you career through the culvert, you bounce out the other side with your splitter hanging off. You can't turn around and drive back through that anyway.

"It was just a little unusual, and McLaughlin was still running parallel with the track and didn't actually go off that way, which made it seem quite bizarre.

"That's not the typical way people go off there."