A controversial wheel-spinning saga at Pukekohe could have so easily cost Shane van Gisbergen any chance of winning the 2018 Supercars title. ANDREW VAN LEEUWEN explains how the Triple Eight driver beat what is seen as a black-and-white rule to keep his hopes alive

In any championship battle there are key moments. They usually happen on track, but in the case of the current Supercars season the Pukekohe race-control room may go down in history.

Having been caught red-handed with spinning wheels during his second stop on Saturday afternoon, van Gisbergen could have been hit with an immediate drivethrough penalty that would have effectively sunk his title hopes.

But instead a decision from deputy race director Michael Masi to keep his cards in his pocket until after the race kick-started a remarkable chain of events that kept the title fight against Penske's Scott McLaughlin going.

The first, and perhaps most remarkable, key moment was when van Gisbergen avoided an on-the-spot penalty. Taking any precedent out of the equation, the wording of the rule means it could so easily have happened.

There is not a single mention of "full rotation" in the regulations. Instead, the rule in question reads: "During any pitstop, from the time the car leaves the ground until it returns to the ground, it is not permitted to have the clutch engaged so as to cause the rear wheels to rotate unless prior approval is given by the S&TD. 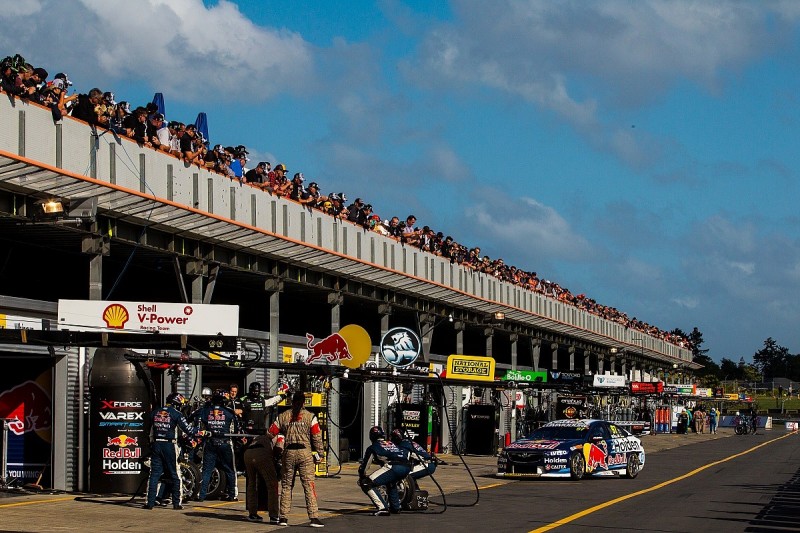 Given the sheer impossibility of reconstructing a result that never happened, an in-race penalty would never have been overturned.

Forget the investigation and the Penske protest, that was the real moment van Gisbergen's title bid was saved.

"It wasn't sucking up, but I told Michael, 'good on you for taking the time to make the right call'.

"I've been mistaken before when you first see it and go, 'Oh wow, that's done a heap of revolutions'. And then you watch it a second time and it was a quarter-turn. But in the heat of battle, your eyes can exaggerate these things."

Delaying the decision opened the door for the investigation to turn up nothing and the protest to fail.

Given spinning wheels is a classic case of a punishment not fitting the crime, one could argue that race control wanted to create an environment that avoided a minor offence stopping a thrilling title fight in its tracks.

Establishing that van Gisbergen's wheels didn't complete a full revolution was the easy part. They didn't. Simple as that.

But given the wording of the rule, that wasn't enough. It was critical to prove the movement wasn't caused by the clutch being engaged, which would have been near-impossible to defend.

That process was complicated by the fact that clutch position isn't part of the suite of data monitored by officials, which effectively worked in van Gisbergen's favour. With no hard evidence relating to the clutch, Triple Eight successfully argued that van Gisbergen was at 20% throttle, and had the clutch been engaged the wheel movement would have exceeded a full rotation.

"The only data you don't have is anything to do with the clutch," added Dutton. "You see the brake, the throttle, the damper pots which say if you're in the air or on the ground. We looked at all of that, and couldn't fault what he had done procedure-wise.

"There was enough data to deduce that [van Gisbergen] hadn't come back off the clutch. Because then the wheels would have been going a million miles an hour."

Given the protest was technically against the deputy race director, and not van Gisbergen, the final step was establishing a precedent of cases where incomplete rotation had not been referred to the stewards. And it came in the form of David Reynolds at Bathurst. 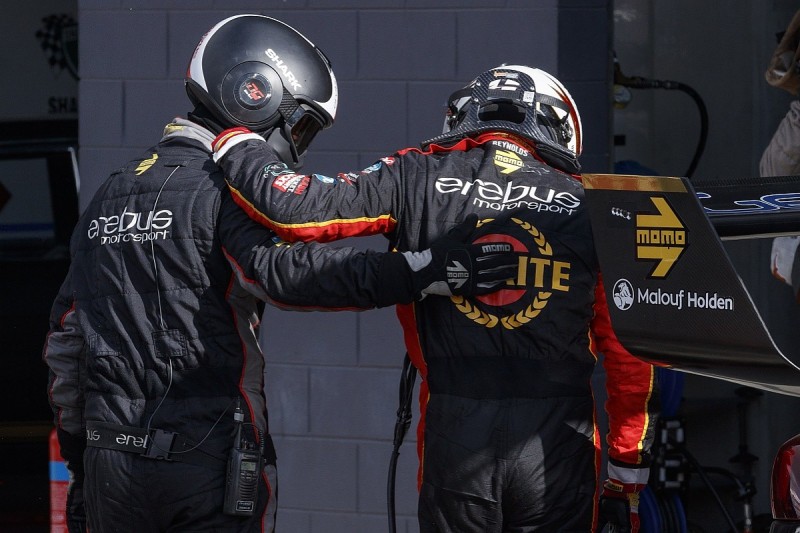 Reynolds was pinged for spinning wheels during the 1000 as cramp set in. In that case the wheels clearly made more than a full rotation.

However, that was the second time the wheels had spun during the race. An earlier incident had gone undetected by TV producers and escaped punishment. It was so far off the radar the team didn't even know it had been investigated.

But, combined with another near-identical situation also involving Reynolds in Adelaide earlier this year, it was all that was needed to create a valid argument not to refer the van Gisbergen issue to the stewards.

"We agree with the DRD that what we have termed the 'second movement' of car #97's rear wheels in its second pitstop in Race 28 is comparable to the incidents involving car #9 at the Adelaide 500 and Bathurst races which had not been penalised," read the final stewards report.

"We find that the DRD has a discretion not to refer a breach of Rule D11.8.8 to the stewards in the circumstances of this case and in the general circumstances he outlined. "We have no reason to consider that this exercise of discretion miscarried in this case."

A delayed investigation, a blind spot in the reviewable data, and David Reynolds - three unlikely factors that helped set up a mouth-watering season finale in Newcastle. 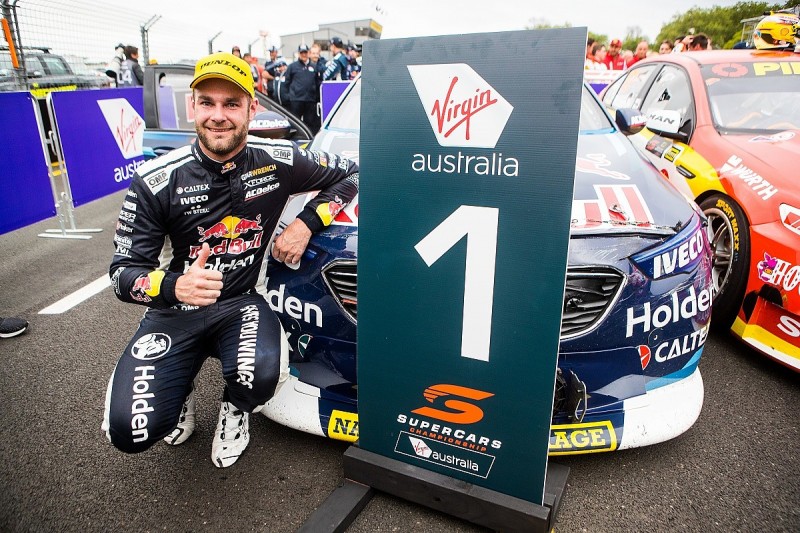