Tickford driver Lee Holdsworth will run last in Saturday's top 10 shootout for the Bathurst 1000 after topping qualifying at Mount Panorama, which was blighted by red flags and rain

Holdsworth timed his run to perfection, squeezing his lap right in between the mid-session stoppage - caused by Jake Kostecki firing his Matt Stone Racing Holden into the wall on the way down the hill - and a late shower of rain.

At the time of the red flag, Jamie Whincup's Triple Eight Holden had gone quickest with a 2m04.266s, but conditions improved thereafter to set up a fascinating 20-minute showdown for a shootout spot.

Recently-crowned Supercars triple champion Scott McLaughlin, who had crashed his DJR Team Penske Mustang shortly after setting the best time in pre-qualifying practice on his way into the Elbow, swiftly lowered the benchmark to a 2m04.103s, before Whincup's team-mate Shane van Gisbergen went quicker again with a 2m04.035s.

The 2016 series champion was then trumped by a 2m04.024s from Holdsworth's Mustang, which was enough to secure provisional pole for himself and co-driver Michael Caruso when the heavens opened.

"I've still got the Shootout tomorrow, but this is my first provisional pole at Bathurst," said Holdsworth.

"We'll string it all together tomorrow and worry about Sunday on Sunday. I can't say enough how much Caruso has helped me with the car this weekend."

While running last in the shootout would usually be the optimal position, forecast rain could turn the single-lap dash on its head.

It was announced earlier on Friday that the race will start half an hour earlier than planned, with showers and possible storms predicted for Sunday.

In response, Supercars has opted to move the race start time forward to 11am local time, giving race officials more breathing space if there are more safety cars than expected. 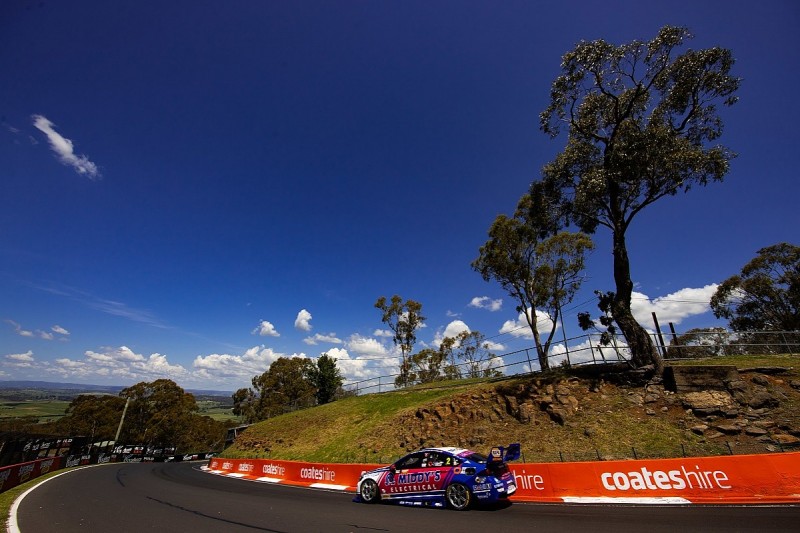 "It's a bit of a lottery as to what's going to happen with the weather tomorrow," Holdsworth added.

Van Gisbergen was second, ahead of McLaughlin, Cam Waters (Tickford) and Whincup.

Nick Percat (Brad Jones Racing Holden) snuck into the shootout in 10th, despite setting his lap without a functioning shift-cut.