Holden will not have a significant influence over who Triple Eight chooses to replace Craig Lowndes for the next season of Australian Supercars, says the brand's marketing boss Kristian Aquilina

It is understood that Simona de Silvestro is the favourite to replace Lowndes in the third T8 Commodore, a move that would both shore up funding for the car through the Swiss driver's Harvey Norman deal, and fulfil Holden's wish to have a female talent on its books.

But Aquilina has played down Holden's role in the decision-making process, claiming it will be left up to the team to make the final call.

"In the end, it's going to be up to the team to determine who the best driver is for the job for whatever the team objectives are," said Aquilina.

"They've got to find the right driver for the job, so we'll leave it at that in terms of [team owner] Roland [Dane] and Triple Eight determine where they take that.

"It offers them a tremendous opportunity to explore a whole range of areas. But it's up to them."

When pressed on whether it would really be a zero-input situation, Aquilina admitted that Holden is likely to be consulted, but he expects it to be further down the line.

"At some point I'm sure we'll be brought into it," he said.

"But [Triple Eight is] driving this, and good on them. They'll work out what's best to suit what their team objectives are. We're one of many sponsors." 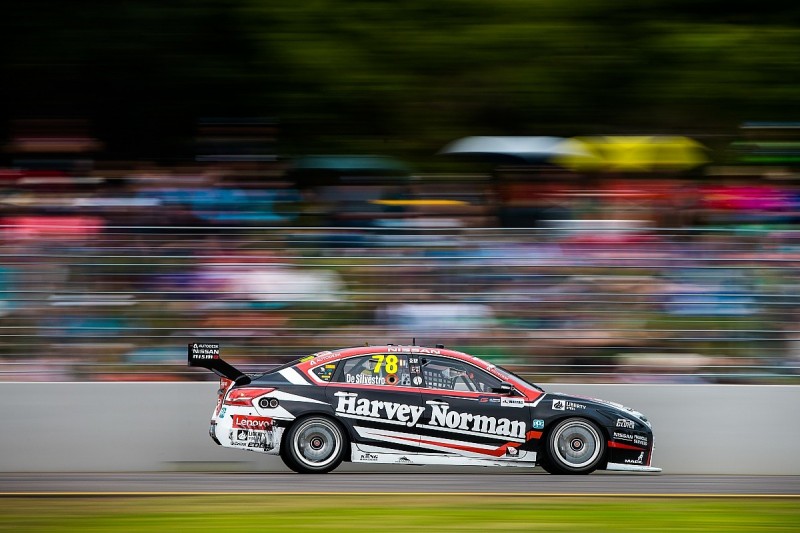 Holden is currently midway through the three-year deal that stripped the Walkinshaw outfit of its factory status and created Triple Eight's Red Bull Holden Racing Team.

While he's reaffirmed Holden's commitment to motorsport marketing, Aquilina reckons it is still too early to start talks regarding an extension to the current Triple Eight deal, particularly as he is only two months into his role.

"We've got a great relationship with Triple Eight, and they're doing a fantastic job of representing the Commodore," he said.

"It's all positive discussion at this stage. But it's too early for that. I'm only a few days in the role, so we've got a lot to work out.

"We're enjoying our current relationship and we believe we can do more with them in the context of the existing relationship. It's quite positive.

"The opportunities are fantastic with the other partners on board with that team. I look forward to exploring that more."

GM Holden is currently going through a significant transition from carmaker to importer, with the flagship Commodore road car now being built overseas.

There is also a top management change looming, with current chairman and managing director Mark Bernhard set to walk away from the role at the end of the month.