Two critical days of testing for the Supercars Gen3 prototypes concluded this evening at Queensland Raceway.

Both the Ford Mustang and Chevrolet Camaro prototypes have been in action across Wednesday and Thursday as Supercars and manufacturers Ford and GM look to finalise homologation.

The Ford Mustang has been a sticking point when it comes to final homologation with Blue Oval officials concerned over what it perceives is a performance disadvantage to the Camaro.

While Ford appears to believe it is an imbalance in terms of aero performance, the last two days of testing has been focused on engine driveability to put claims that could be contributing to bed.

The Mustang ran both yesterday and today with the likes of James Courtney, Will Davison and Chaz Mostert behind the wheel.

The Camaro joined the test today to work on the steering system with Jamie Whincup and Andre Heimgartner sharing driving duties.

Ford Performance engine specialist Joe Hendrickson is also understood to have travelled from the States for the test. 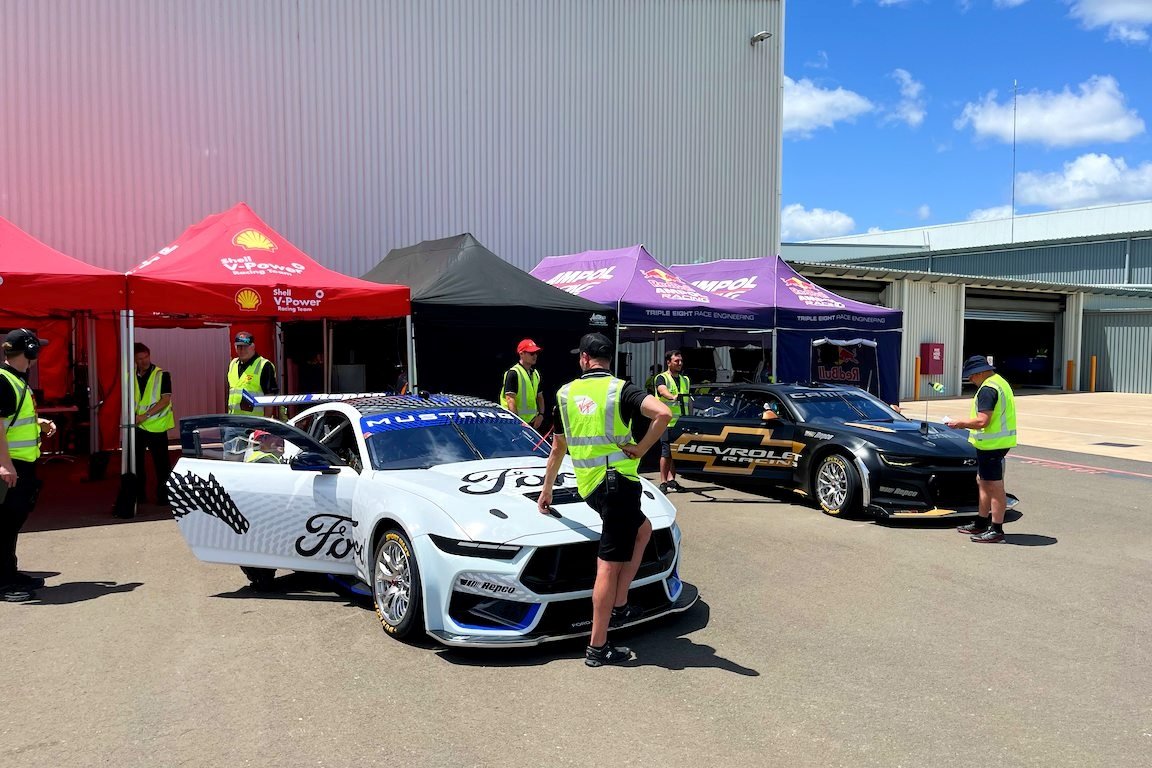 As it stands Ford is declining to comment directly on the findings from the test ahead of an even more important performance comparison back at QR on Monday.

Davison did note, however, that the first on-track running of the season made the impending debut of the Gen3 cars feel very real.

“It’s really exciting to be back,” said Davison. “It’s that time of year where we're all fresh fresh and have had a break, and itching to get going, particularly with such a huge project ahead of us all.

“It’s very real now — this day last year I was testing the Gen3 car, but it wasn’t front and centre of your mind, we had a full season to go with the old cars.

“Now it’s real, it’s here in front of us, and it’s really exciting.”

Whincup, meanwhile, noted that the last-minute prototype testing was necessary as Supercars looks to lock down the final spec of the two cars.

"It's great to be back in a Gen3 car, cutting some laps, doing further testing for Supercars to try and refine the car too make it better for when we hit the track in Newcastle," he said.

"It's late in the day, but the testing is needed. Hopefully we made some good progress today.

"It's exiting with these new cars. While I loved the ZB it would feel a little flat running another year with that's same car. What an engineering challenge, driving challenge – it's all going to be thrown at us in six weeks time.

"Nobody knows what's going to happen and that's what sport is all about."

Teams are currently scrambling through their Gen3 builds amid delays on both homologation and parts supply.

Erebus boss Barry Ryan today penned an open letter to fans indicating that control components were holding up the builds, and suggesting that his cars won't begin testing until the third week of February – just three weeks out from the season-opening Newcastle 500.