Lowndes is seeking a fourth title - having won his third back in 1999 - and cut Ford pilot Winterbottom's advantage from 240 points to 179 during last weekend's event at Phillip Island, with two wins and a third.

While Lowndes has reduced the margin from 423 points across the last four events, including his sixth Bathurst 1000 victory, he knows the ball is still firmly in Winterbottom's court.

A total of 300 points will be on offer across two races at Sydney's former Olympic Park on the first weekend of December.

"It really is a championship for Frosty to lose.

"With a 179 point lead, as long as he drives smart and clean and keeps out of trouble they should have enough of a points gap to walk away with that number one."

Winterbottom - chasing Prodrive Racing Australia's first title since entering the series as Ford Performance Racing in 2003 - recorded a pair of fourths and a seventh at Phillip Island.

He said he was not perturbed by a last-lap move by Lowndes' team-mate Whincup on Sunday.

Whincup, who now cannot claim a seventh title this year, won the weekend's other race.

"It was a good move," Winterbottom said.

"I wasn't quick enough. [The car] was good in qualifying, but in the race I was fourth quickest.

"We just have to work on getting speed back. I'm glad we have that points gap, because those Red Bull boys are quick."

Lowndes says he still has not given any thought to an eventual V8 Supercars retirement.

Having raced in the series since 1996, other than a Formula 3000 foray in '97, Lowndes is the second-oldest driver in the field at 41 years of age.

His deal with Triple Eight was due to expire at the end of this season, before agreeing to a two-year extension.

The team will expand to field a third car in 2016 for Tekno V8 Supercars and McLaren GT driver Shane van Gisbergen.

When asked by Autosport if he had given any thought to slowing down, Lowndes said: "No, not at the moment.

"There's always been those two elements of still being competitive - and hopefully I can still show that - and still loving and enjoying the sport for what it is.

"That covers the travelling, being away, going to different countries and meeting and greeting people.

"As long as those two elements exist, I think I'll continue for as long as I can." 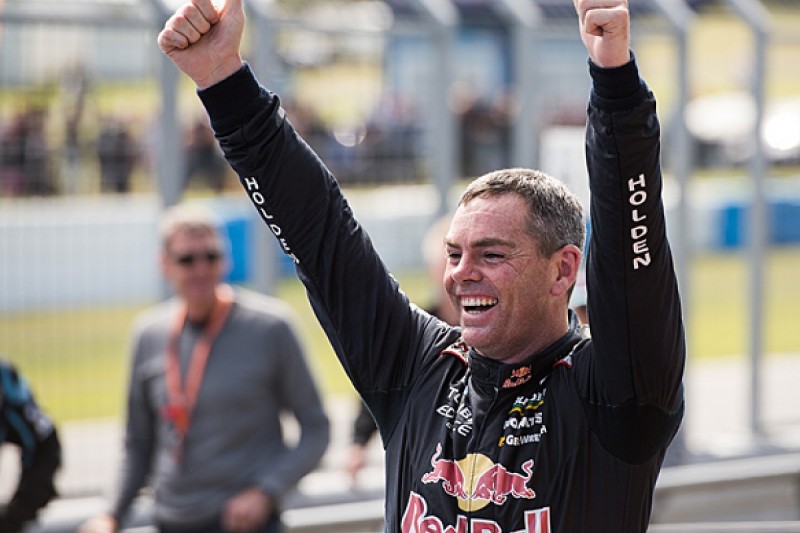