Chaz Mostert pipped former team-mate Cam Waters by 0.01 seconds to complete a clean sweep of practice at Mount Panorama ahead of the 2021 Supercars season opener

Mostert proved his first practice session pace was no fluke midway through the second session when he cleared the field by more than half a second with a 2m05.103s.

It wasn't until the final few minutes, when the new tyres came out for qualifying sims, that Mostert's time came under threat.

It was his former team-mate Waters that lowered the benchmark, the Tickford ace banking the first four of the weekend with a 2m04.781s.

Mostert had the answer, though, responding on a final green tyre run with a 2m04.792s to grab top spot.

There was a handsome gap to the rest of the field, with both Scott Pye and Tim Slade six-tenths behind Mostert. The pair traded blows in the latter part of the session, Pye ultimately getting the better of Slade by 0.02s. 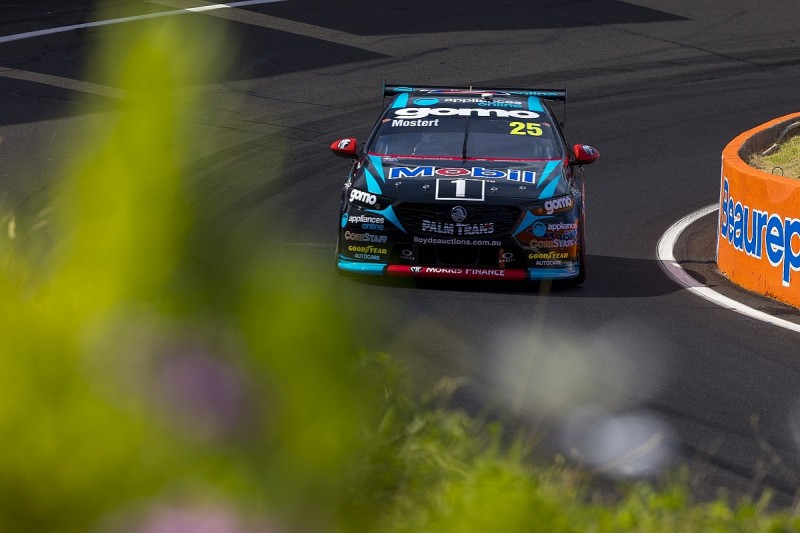 There was a pair of Boost-backed entries next in line, James Courtney leading Brodie Kostecki, with Bryce Fullwood seventh fastest.

Shane van Gisbergen finished eighth without getting the best of his new tyre run. The Kiwi had set two personal best sectors late in the session, only to run wide at The Chase.

Anton De Pasquale was best of the Dick Johnson Racing cars in ninth, ahead of Mark Winterbottom and Will Davison.

Jamie Whincup, meanwhile, had a quiet start to the season, the seven-time champion only 16th quickest.

There were no serious incidents in the session, although Macauley Jones did take an early trip into the sand at The Chase.

His Brad Jones Racing Holden needed to be recovered right as team-mate Todd Hazelwood stopped on the track with a power steering issue. That prompted a brief red flag as both cars were retrieved.

Will Brown, meanwhile, didn't take part in the session as the race to repair his Erebus Holden in time for qualifying on Saturday continues.

The rookie did significant damage to his car in the first session when he crunched into the wall on the way out of The Dipper.