Eaton completed her second test in a Supercars machine yesterday in an outing with Matt Stone Racing at Queensland Raceway.

Eaton has made clear her intention to run Super2 next season as a springboard into Supercars by 2021.

In pursuit of that goal, the 26-year-old has elected to extend her stay in Australia beyond Christmas as she searches for the required budget.

"We're doing all we can get the interest up ad the hype up," she told Autosport.

"We had loads of media [at the second test]. We're just doing all I can to put myself out there.

"In terms of what I can do, these couple of tests I've tried to go out and give it my all and be as fast as I can be - and thankfully I've not been too shabby at the two different circuits.

"Now it's just more meetings with people, I've got a few meetings lined up and a few relationships to progress on. Fingers crossed we'll find something and get it done." 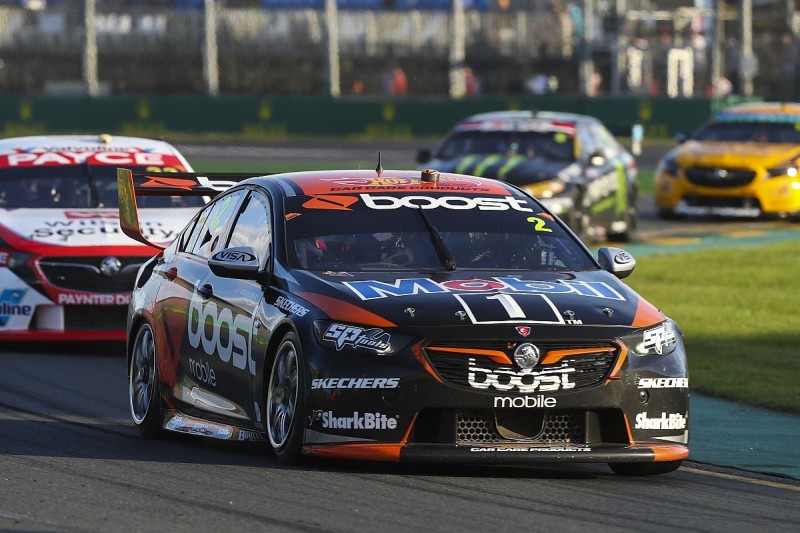 When asked if she feels close to turning her Supercars dream into a reality for 2019, Eaton said: "I think so.

"I'll know more by the end of the week. We're a lot closer than we were before we got here, that's for sure.

"It's all looking very positive, let's put it that way."

Eaton is staying tight-lipped on her preferred team though, with both teams she has tested for in the frame to run her campaign.

Asked for her preferred outcome, Eaton said: "I can't tell you that.

"It was good to do the couple of tests, as each team is different and has different set-ups.

"Both teams have been extremely welcoming and made me feel at easy very quickly. They've both got that box ticked.

"It's just what's going to be better in the long-run, with the infrastructure and everything. And getting the budget together in the first place."

WAU co-team principal Bruce Stewart was quick to outline the team's desire to put together a deal with Eaton.

"With the development of Walkinshaw Andretti United, we see the opportunity to nurture young talent for not only here, but also our links abroad," said Stewart.

"We would love for Abbie take the step into Super2 with us next year. Now, it's about finding the right partner to make that happen.

"We are hopeful that we can assist Abbie in finding the support she requires to make her dream come true."