Back in May, just after he had won his first race in Super Formula at Suzuka, ex-Formula 2 racer Nobuharu Matsushita made an interesting comment. Asked if he felt reaching the top step of the podium in Japan was harder than it had been in F2, he said no.

"I don’t want to say Super Formula is easy, of course it’s really tough,” said the B-Max Racing driver at the time. "But winning a feature race in F2 is more difficult for sure. Everyone is more aggressive, and personally for me it was a bigger thing."

This notion was reinforced in 2016-17 by Stoffel Vandoorne and Pierre Gasly using Super Formula as a stepping stone to reach F1 after their respective title successes in what was then known as GP2, and then again by Alex Palou going from very nearly winning the title in Super Formula in 2019 to actually winning it in IndyCar in the space of two years.

But Matsushita is more than entitled to his opinion, especially as the only active race-winning driver in Super Formula to have also tasted victory in F2 or GP2. Indeed, the fact he has seven GP2/F2 wins (three of which came in feature races) and only one in Super Formula would lead you to expect the 28-year-old to say that the latter category is tougher, making his contrary assertion all the more interesting and worthy of further exploration.

So, does he have a point? Looking at Matsushita’s career, at first glance it appears it took him much longer to win a feature race in GP2/F2, where he needed 38 attempts than it did in Super Formula, where he needed only 19. But in both instances, it took until his fourth season, with the difference partly accounted for by Super Formula's smaller number of races per year and Matsushita missing a handful of races in 2020-21. 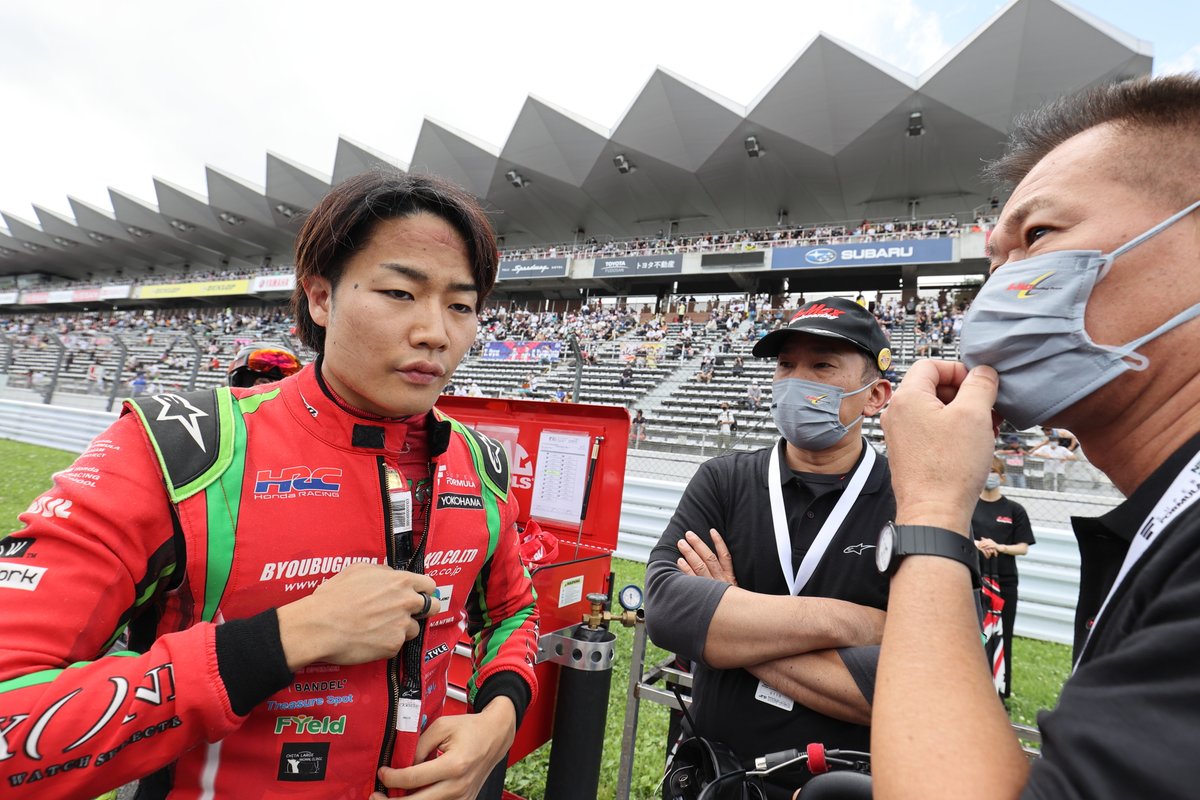 While there are plenty of drivers who got a first win under their belt faster than Matsushita, Giuliano Alesi and Hiroki Otsu being two recent examples (albeit both were helped by the weather), several big names had longer waits - three-time champion Naoki Yamamoto needed 29 starts and current title contender Ryo Hirakawa needed 35. Reigning champion Tomoki Nojiri got his first victory within seven races, but needed 46 starts to rack up a second.

You might expect that a driver coming from F2 is going to be closer to the finished article than a graduate of All-Japan F3, and would take less time to win a race. But consider some of the drivers that have yet to win in Super Formula: Matsushita’s fellow ex-Honda junior Tadasuke Makino has now made 24 starts without making a winning breakthrough, while ex-Formula 1 racer Kamui Kobayashi, hardly a pushover, is still searching for a first victory after 51 races.

That said, with only six of the 21 drivers on the grid still to win at least once, it's tempting to reach the conclusion that winning a race when the planets are aligned can't be all that hard. Weed out the one-time winners and you’re left with eight drivers, which does perhaps lend some weight to that theory.

An influx of youngsters means the median age in Super Formula has dropped from 31 in 2018 to 26 as of this year, and before the season started only a minority of drivers (10 of 21) had 20 starts or more to their name

Eight multiple winners compares to just three in F2 when sprint races are discounted. However, that overlooks a key difference between the two series, which is that Super Formula drivers tend to hang around for a long time in the championship because, unlike the case for drivers in F2, for most racing in Super Formula there is nowhere higher to go.

This has traditionally been an argument for Super Formula being the ‘harder’ series, in that newcomers must tackle a field of seasoned pros who have been around for many years and know the tracks and the cars like the back of their hand. This remains true up to a point, but doesn’t acknowledge the considerable generational shift that has taken place in Super Formula over the past few years.

Of the 2017 Super Formula grid, only seven drivers remain active, partly down to foreign drivers not sticking around, as well as veterans like Hiroaki Ishiura and Kazuki Nakajima having retired. An influx of youngsters means the median age has dropped from 31 in 2018 to 26 as of this year, and before the season started only a minority of drivers (10 of 21) had 20 starts or more to their name.

This helps explain why relatively inexperienced drivers have been able to win races more easily as of late - they have had fewer seasoned rivals to overcome than the likes of Vandoorne and Gasly, or even Palou, had to face. The lack of experienced international drivers like Andre Lotterer makes it hard to ‘benchmark’ the current crop as well - how would someone like Toshiki Oyu or Ritomo Miyata fare if sent to race in F2? It’s hard to be sure. 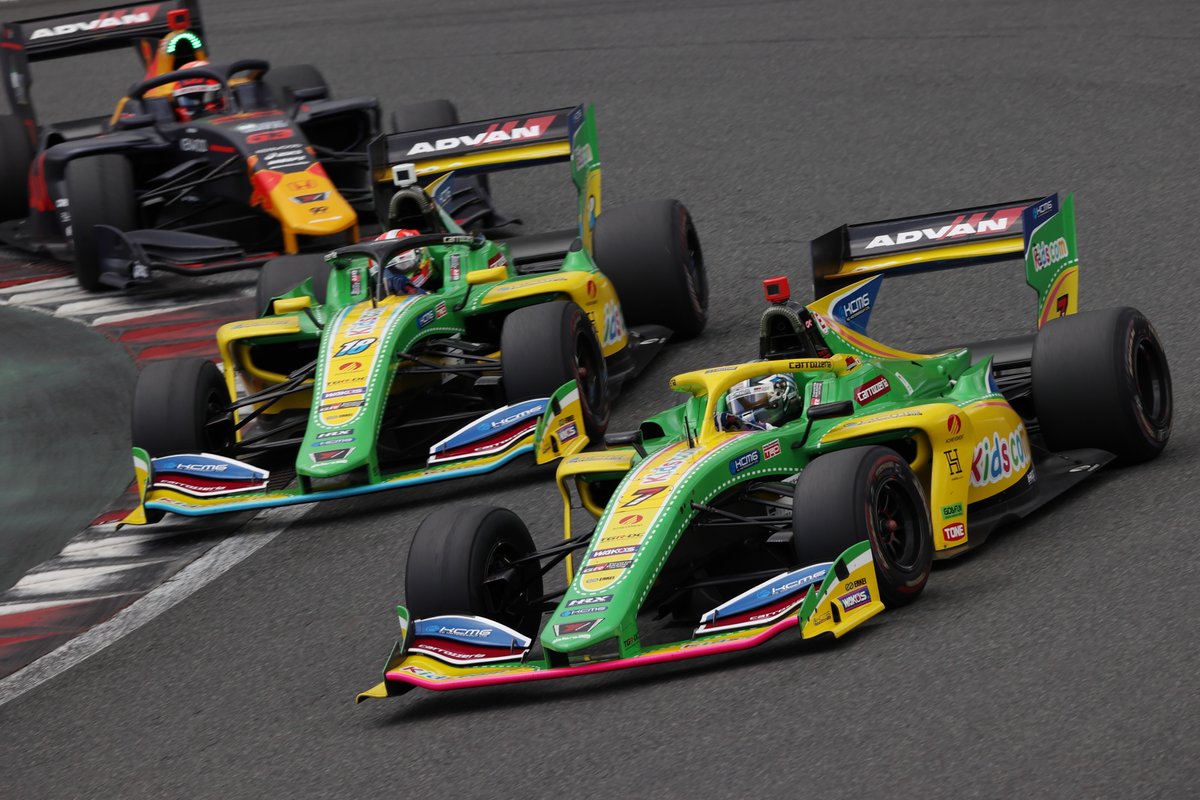 The team element is also worth considering, as this can affect a driver's judgement. Matsushita had the luxury of spending most of his time in GP2/F2 with two of the championship’s undisputed top teams in the form of ART Grand Prix and Carlin, and so can be said to have had a fair crack of the whip.

Makino conversely had the misfortune of racing in F2 with Russian Time (now Virtuosi) in 2018, when the team was having a bad year by its usual high standards, while Nirei Fukuzumi was lumbered with a far-from-competitive Arden machine. Both were sent back to Japan by Honda after that one season, and can justifiably blame their lack of results (Makino's win at Monza aside) on not having machinery that was up to scratch.

The consensus seems to be that it’s harder for a driver to outperform expectations with a lesser team in F2 than it is in Super Formula, where the car can be moulded to suit the needs of a particular driver to a far greater extent. This also means there is less of a fixed hierarchy of teams in Super Formula than exists in F2.

The last five teams’ titles have all been won by different outfits, and only one of those - Impul - has always been in the top five in each of the past five seasons. Formerly dominant team Inging sits ninth in the current standings, showing how fortunes can change in a short space of time.

In that sense, arguably a driver can make more of the difference in Super Formula. But does that make it harder to win? It really depends.

If you’re a European driver who is, say, looking to move up from FIA F3 but doesn’t have the budget to land a top seat in F2, there is an argument now to instead take a drive in Super Formula where a much smaller budget will give you the possibility to make more of an impact in terms of results, assuming you have the necessary adaptability to make a success of the move (also discounting considerations like superlicence points and media exposure).

But then again, fortunes can differ based upon who you are up against in any given season. Making your debut in Super Formula in 2016 or ‘17 would have been much more daunting than in, say, 2021. Likewise, F2 has its better years and not-so-good years, but it's probably fair to say that the overall level of driver talent has remained fairly consistent, at least more so than in Super Formula. 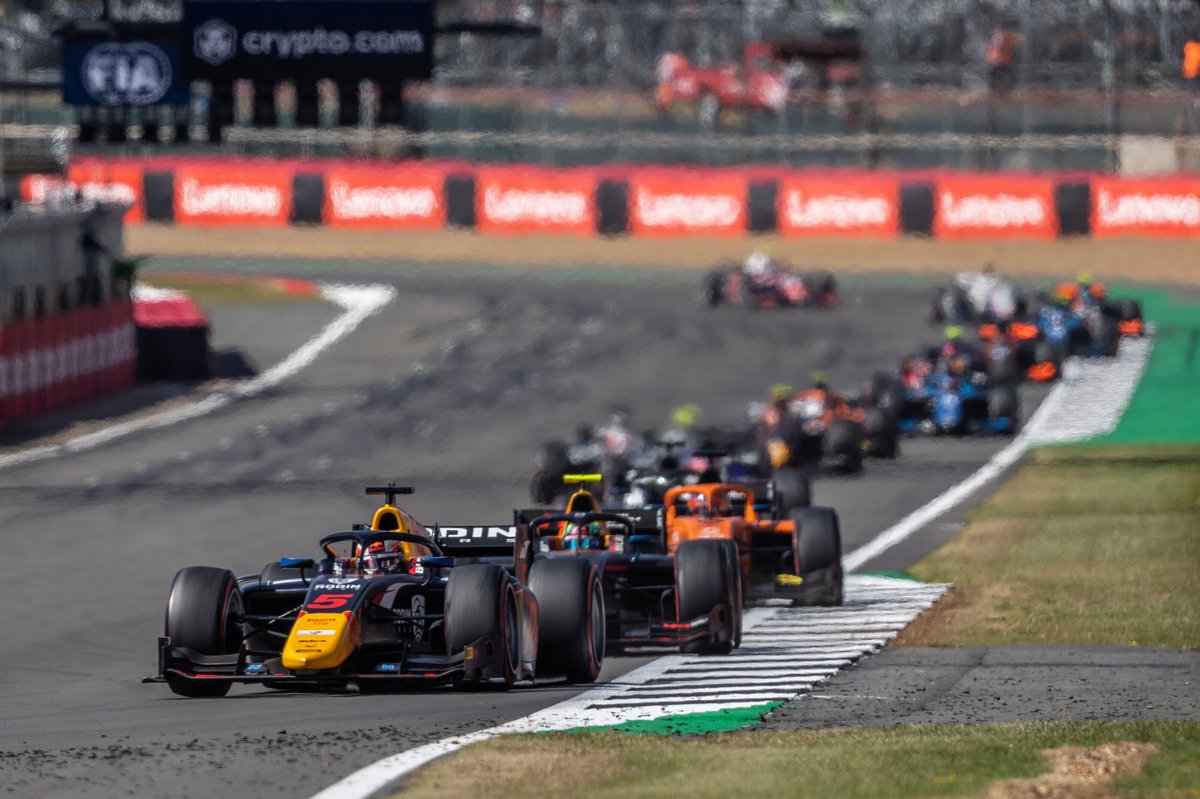 The level of talent in Formula 2 has remained fairly constant

It also depends on each driver’s career trajectory. For a Japanese driver who has spent his or her entire career at home, clearly F2 is the ‘harder’ choice compared to Super Formula simply because of the need to adapt to new tracks, Pirelli tyres and an entirely different way of working. It’s a very different story for a driver like current F2 racer Ayumu Iwasa, for example, who has only raced full-time in Europe and would find Super Formula more of a culture shock.

Makino, Fukuzumi and Alesi all disagreed with Matsushita’s assertion that F2 is harder when polled by Autosport, but then again it’s to be expected that a current Super Formula driver would say their current series is the more difficult of the two

Matsushita’s experience - from All-Japan F3 to GP2/F2, then to Super Formula for a year, back to F2 and finally back to Super Formula - is an unusual one. But considering that he raced against the likes of Charles Leclerc, Lando Norris and George Russell in Europe, you can see why he would think beating them was harder than overcoming Nojiri at Suzuka.

Makino, Fukuzumi and Alesi all disagreed with Matsushita’s assertion that F2 is harder when polled by Autosport, but then again it’s to be expected that a current Super Formula driver would say their current series is the more difficult of the two, particularly if they feel that they had no chance in Europe because of the team(s) that they drove for.

That said, ‘winning a single race’ and ‘being a consistent frontrunner capable of fighting for the title’ are two very different things. Matsushita may have joined the not-particularly-exclusive club of Super Formula race winners, but it's perhaps telling that he and B-Max are still a long way off from fighting for a title. 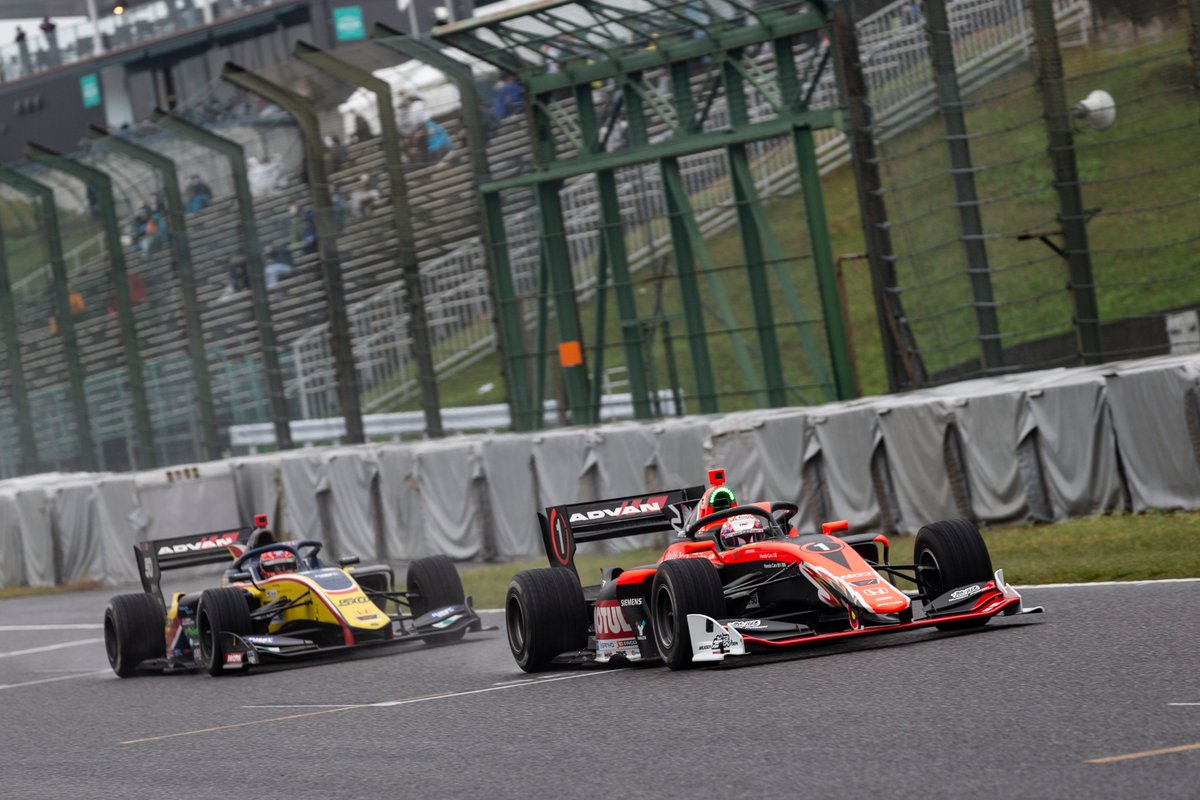 He may now be a race-winner in Super Formula, but Matsushita hasn't yet shown he can consistently challenge the likes of 2021 champion Nojiri