Naoki Yamamoto scored his first Super Formula victory since 2020 after holding off Sacha Fenestraz in a wet seventh round of the season at Motegi.

Nakajima Racing driver Yamamoto executed the 37-lap race to perfection after the heavens opened just minutes prior to the start, keeping Fenestraz at bay throughout and surviving a late safety car restart en route to the ninth win of his career.

As well as ending a two-year winless run for three-time champion Yamamoto, it also marks the first victory for Satoru Nakajima's eponymous team in two years.

The rain ahead of the start meant the race begun under safety car conditions as the entire field scrambled to change their slick tyres to wets on the grid, with the race beginning in earnest on lap four.

Yamamoto led comfortably from Fenestraz, Toshiki Oyu and points leader Tomoki Nojiri amid the increasing spray, with the gap between the lead two cars growing to five seconds by the end of lap 12.

The order at the front remained static until Oyu in the second Nakajima car suffered a sudden loss of power that dropped him down to ninth on lap 14. The issue would eventually prompt Oyu to bring his car back to the garage.

Fenestraz began to eat away at Yamamoto's lead in the middle phase of the race, closing to within two seconds before the safety car was deployed on lap 27 when Ryo Hirakawa got his Impul machine beached in the gravel near the pit entrance.

At the restart on lap 31, Yamamoto fended off an early attack from Fenestraz and eventually took the chequered flag by 5.337s, with Nojiri following Fenestraz home in third.

With Hirakawa failing to score points, Kondo Racing's Fenestraz takes over as Nojiri's nearest rival in the championship, sitting 30 points behind the Mugen driver with three races remaining. 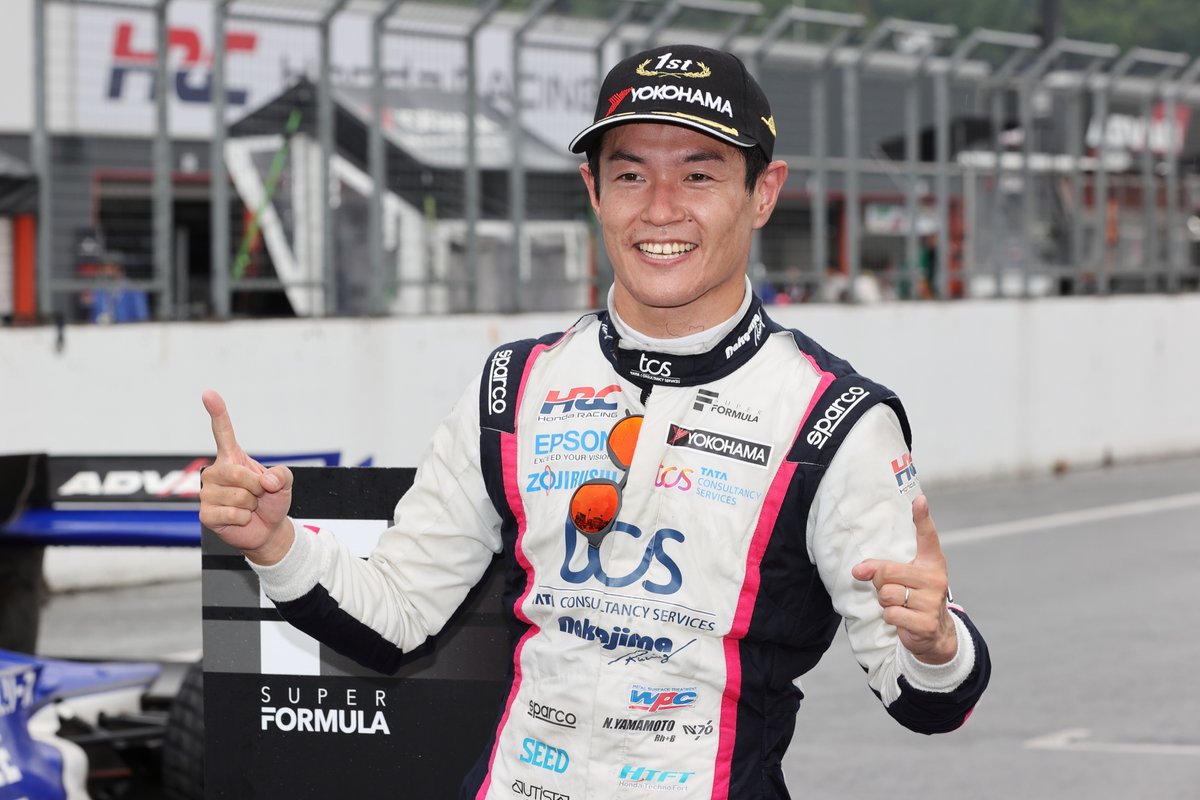 Ukyo Sasahara (Mugen) was one of the biggest movers after the safety car restart, managing to pass Ritomo Miyata (TOM'S) for seventh place on the final lap to move up five places from his grid slot.

Completing the points were the surviving Impul car of Yuhi Sekiguchi and Hiroki Otsu in the second Dandelion car.

Giuliano Alesi (TOM'S) was one of a handful of cars to pit for fresh wet tyres under the safety car, and this strategy appeared to pay dividends as he climbed into the points, at one point passing Sekiguchi for ninth.

However, the Frenchman spun soon after, dropping him down the order, with his chances of scoring points also compromised by a five-second penalty for running off-track during the safety car period.

He took the chequered flag in 12th, one place behind Nobuharu Matsushita (B-Max), who ran off track in the early stages.