For the last nine years, Ryan Dingle has blazed a trail for foreign engineers wanting to work in Japan's top motorsport categories. As he prepares to move on from Super Formula and Super GT, he looks back on working with the likes of Felix Rosenqvist, Kamui Kobayashi and Tomoki Nojiri

If foreign drivers have become scarce in Super Formula and Super GT recently, non-Japanese engineers are an even rarer breed. Indeed, since the days of the late, great Ricardo Divila, foreign engineers working in the upper echelons of Japan’s two premier categories can almost be counted on a single hand.

There was the Australian Matt Harvey, who spent a single season working for Nakajima Racing in 2016 in Super Formula, then in 2019-20, B-Max Racing had European engineers supplied by partner team Motopark. Last year, Toyota GT500 squad Racing Project Bandoh employed the services of Briton Varun Srinivasan before parting ways mid-season.

But by the far the most tenured and successful foreign engineer of recent times is Canadian Ryan Dingle, who has spent the last six seasons in Super Formula and Super GT working with a wide variety of drivers in both the Honda and Toyota camps. Indeed, of the 21 drivers on last year’s Super Formula grid, Dingle has worked directly with 11 of them at one point or another.

And while the likes of Divila arrived in Japan later in their careers with vast experience elsewhere, Dingle pitched up as a fresh-faced graduate from Oxford Brookes University with zero racing experience to speak of, facing the daunting challenge of establishing himself on the Japanese racing ladder.

This year, Dingle is moving on to pastures new after landing a plum race engineering job with Toyota’s World Endurance Championship squad. That makes this an ideal time to look back on the 36-year-old’s nine-year stint in Japan, which includes three seasons in All-Japan Formula 3 before his promotion to the big leagues in 2017. 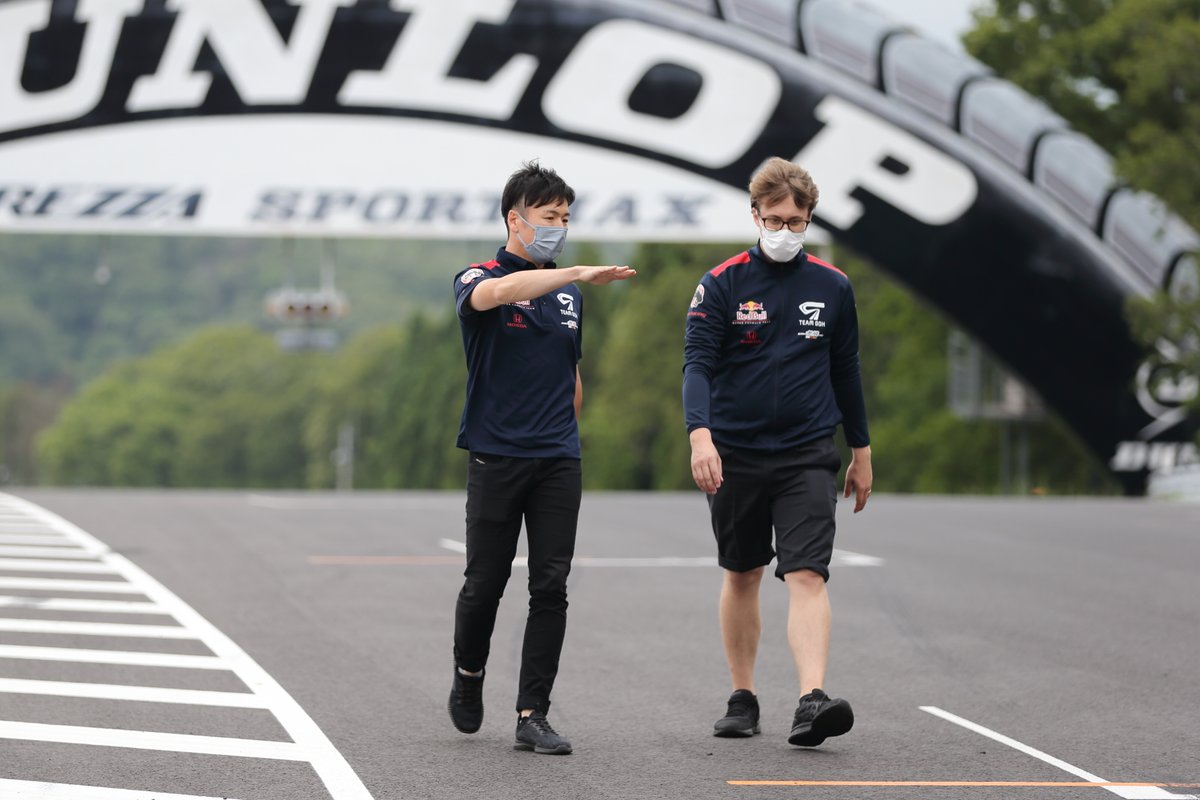 Dingle jokes that his career in Super Formula took on a Jacques Villeneuve-type trajectory, as his strongest results came in his very first year for Toyota outfit Team LeMans. That shouldn’t be a surprise when you consider his driver that year was now-IndyCar star Felix Rosenqvist, who finished third overall behind Hiroaki Ishiura and Pierre Gasly.

Initially signed as performance engineer, Dingle was promoted to race engineer midway through the opening pre-season test when it became clear that Rosenqvist and his originally-assigned engineer Naruhito Nakamura couldn’t communicate at the required level.

“I was thrown in with this world-class driver who had won Macau twice and I just had to make it work,” reflects Dingle. “It was pretty difficult in the beginning. But for the third race, Rosenqvist had asked [ex-Mercedes and Ferrari F1 man] Steve Clark to come and help the team, so I learned a lot from him and we went on a three-race podium streak."

Much like 'gaijin' drivers arriving in Japan for the first time, for Dingle the language barrier was a major obstacle, especially when he landed his first racing job for Okayama-based F3 team Toda Racing in late 2013

With that year's final round at Suzuka called off due to a typhoon, which left Gasly half-a-point shy of Ishiura in the final reckoning, Sugo turned out to be the crucial race for the championship. These were the days where races were longer and featured refuelling stops, but Team LeMans and Rosenqvist came up with the idea of saving enough fuel to eliminate the pitstop entirely.

Recalls Dingle: “Kamui [Kobayashi] was on the same strategy, but they decided on the grid, but we had decided on it a week before! I was telling Felix the fuel number every lap, and he drove to it perfectly. But he couldn’t do that and get past Kamui. If he had been able to pass we would have won the championship, but we didn’t get enough points to get ahead.”

At the same time as working for Team LeMans, Dingle was working in Super GT as a performance engineer for Racing Project Bandoh, an opportunity that came after striking up a relationship with Yuhi Sekiguchi in his F3 days. Kobayashi joined the team for that year's Suzuka 1000km as a third driver, and that connection helped Dingle to switch from Team LeMans to KCMG for 2019 in Super Formula after a season mostly spent with Kazuya Oshima. 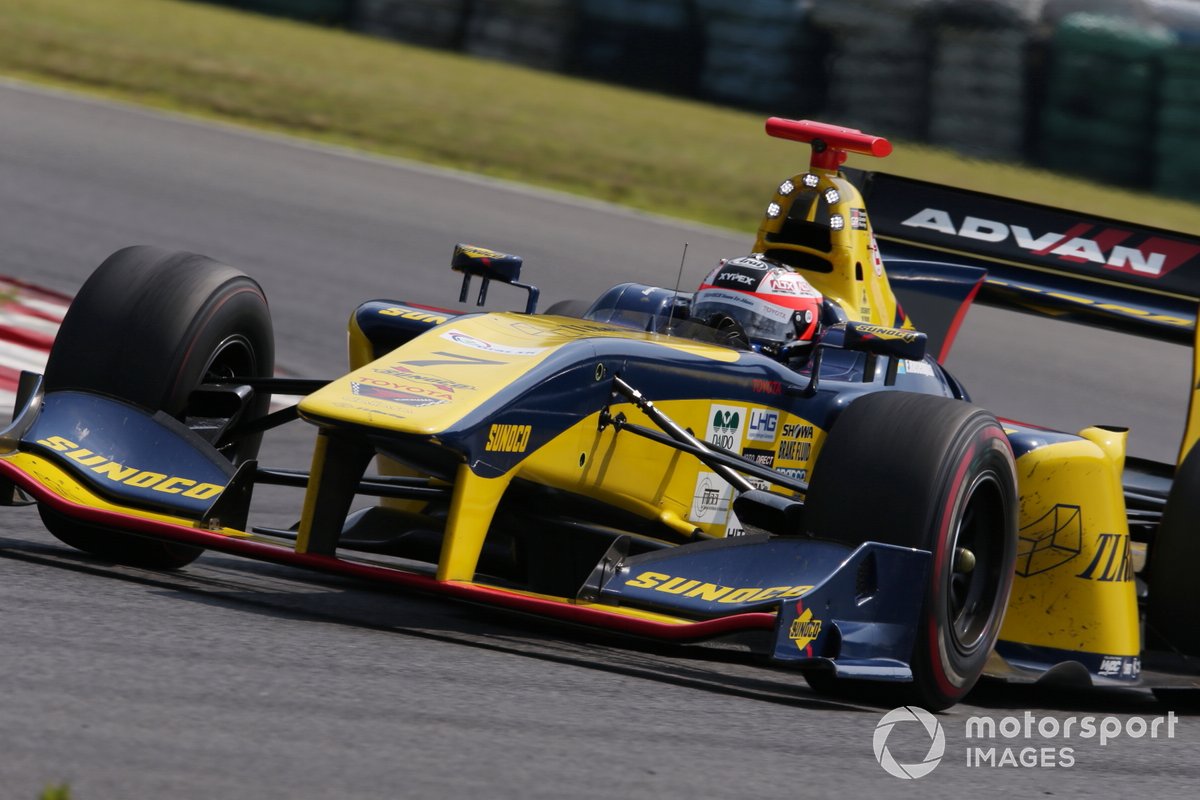 Dingle started out in Japan working with Rosenqvist, and together they came close to winning the 2017 title

On paper, the year was not as successful as 2017, as Kobayashi finished sixth overall with a pair of seconds as his best results. But, the one-car KCMG team did go into the final round at Suzuka with a very remote shot at the title, which prompted another memorable strategic gambit.

This involved starting on wet tyres on a bone dry track, which according to the Super Formula regulations negated the need to run both dry tyre compounds. This allowed Kobayashi to avoid the medium tyre, which was multiple seconds a lap slower than its soft counterpart, and the advantage of doing so was increased by the new pitstop window rule that meant anyone starting on the medium would have to use it for several laps before pitting.

“He finished 12th in the end, but the most incredible thing was that he had to save more than 10 percent of fuel every lap to make it to the end, because we boxed on lap one. The other interesting thing was that because the wet tyres warmed up so fast, he was able to hold position on the opening lap until Spoon!”

For 2020, Dingle left the Toyota camp in favour of Honda, joining the Servus Japan organisation that ran one half of the Mugen squad in Super Formula and ARTA’s Super GT team.

Initially motivated by the prospect of working with Mugen’s Red Bull junior drivers in Super Formula, the onset of the COVID-19 pandemic meant he would run Juri Vips for a single pre-season test at Fuji before spending the rest of the season with Ukyo Sasahara. The following year, he’d finally get his first race win with Hiroki Otsu in mixed conditions at Motegi, before engineering another rookie in the form of Ren Sato at the Servus-run Team Goh outfit in 2022.

What turned out to be Dingle’s only Super Formula win came amid a purple patch for Servus, as ARTA pair Tomoki Nojiri and Nirei Fukuzumi scored back-to-back wins at Autopolis and Motegi to thrust themselves into Super GT title contention. Only a door coming loose in the Fuji finale stood between the team and an unlikely comeback crown. 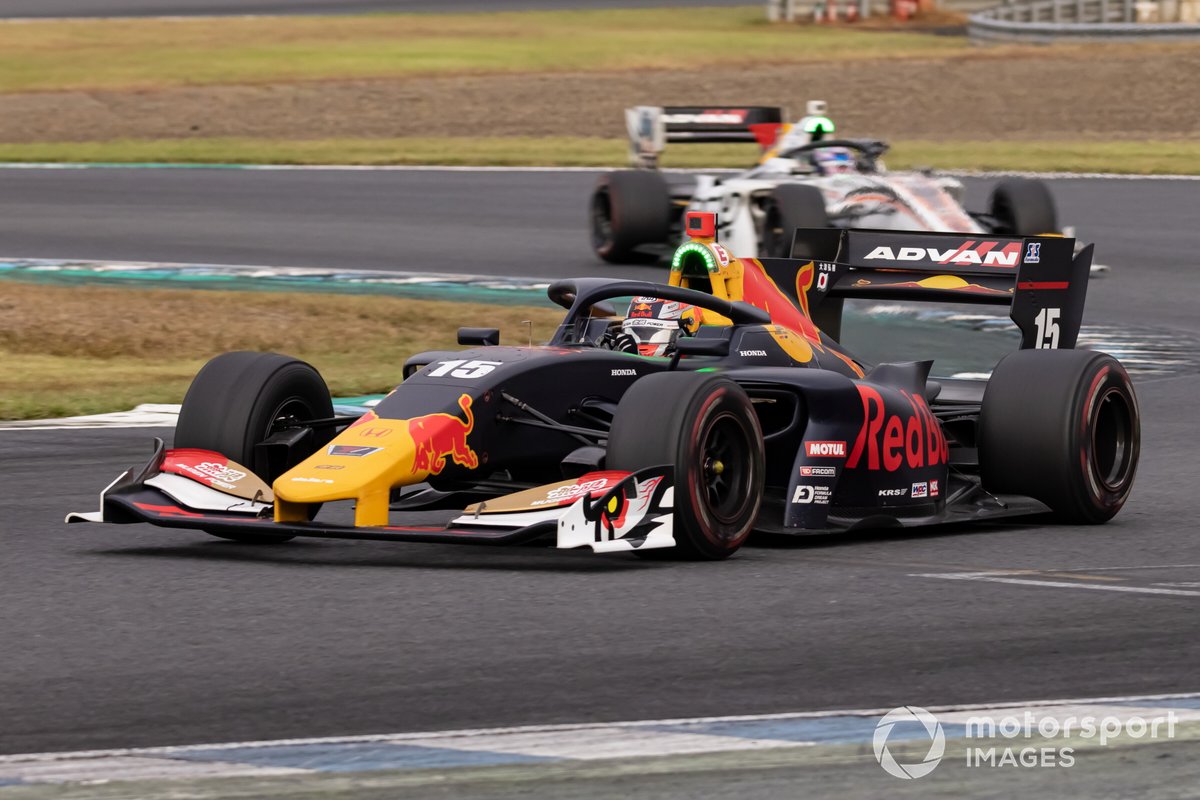 Much like 'gaijin' drivers arriving in Japan for the first time, for Dingle the language barrier was a major obstacle, especially when he landed his first racing job for Okayama-based F3 team Toda Racing in late 2013. His wife Ayumi gave him something of a headstart, but getting to a level where he could forge close relationships with the likes of Nojiri is something that took many years.

“I was just out of grad school, so I had no real experience,” Dingle reflects. “There was no real reference or role model. With the language barrier and the previous generation of engineers not relying on data as much, I had to self-teach. I made a lot of mistakes, but people were pretty understanding because they could tell I was trying my best.

“When I first arrived in Japan, I was not fluent. I did interviews with Toda and Mugen, and Mugen didn’t hire me because my Japanese wasn’t good enough. I could have a basic conversation while drinking at a bar, or talk to my wife, because we knew each other’s nuances well, but it was much worse than now.

“I would say the first time I felt completely confident speaking Japanese would have been my first year at Servus [in 2020]. There’s such a big difference between the way people speak to each other in a formal setting and the way, say, a bunch of mechanics would talk to each other in the back of the van. You really need to understand that level to make a close connection with the Japanese drivers, and that only really happened quite recently.”

But, despite the current dearth of non-Japanese engineers in Super Formula and Super GT, Dingle is convinced that others could do what he did in the future. Equally, he’s keen to see some of his Japanese engineering colleagues, several of whom went to university in the UK like he did, following in his footsteps to working in categories overseas.

“I owe a lot of my success to my wife for teaching me how to live in Japan as someone who fits in with society,” he admits. “That was a huge benefit. It’s not impossible to come with poor Japanese, but if you have the resolve at the beginning of your career, or while you’re a student, to pick up some Japanese, it’s a niche market and there are always foreign drivers coming here.

"Like anything, it’s possible if you set your mind to it and make a pathway. And, as well as foreign engineers coming to Japan, I'm also interested in helping more Japanese engineers pursuing careers in Europe. It would be nice if my path could help some of the younger engineers working in Super Formula and Super GT increase their ambitions moving forward too.” 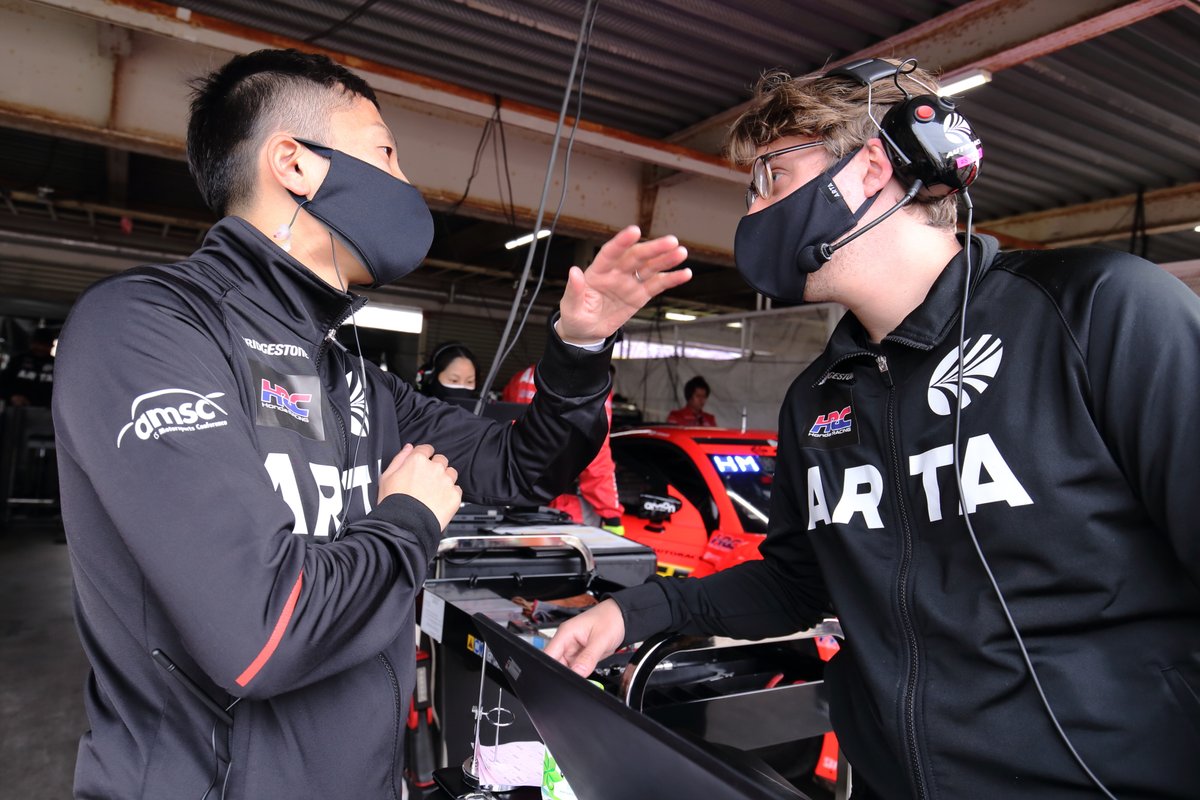 It took time for Dingle to form a close bond with Nojiri, but the WEC-bound Canadian now wants to help other overseas engineers make their way in Japan