© 2021 Autosport.  All rights reserved.
Previous / AS70: How an Australian superstar bowed out in style
Next / Holdsworth reveals "shock" at losing Supercars drive

Supercars has confirmed that it is ready to race at Sandown on the Australian Grand Prix weekend should the season-opening Formula 1 event not go ahead.

Serious doubt has been cast over the March running of the AGP, with Australia's strict border controls likely to be an insurmountable road block in the short term.

Work had been done on a biosphere concept, which would have seen Formula 1 teams and drivers operate in a tightly-controlled bubble, however it appears avoiding a two-week quarantine to enter the country won't be possible.

Should the expected postponement go ahead, it will not just require the Formula 1 schedule to be reshuffled as Supercars was set to host its second round of the 2021 season at Albert Park.

There has long been a back-up in place, though, with Supercars understood to have booked Sandown for the March 18-21 slot as part of its 2021 calendar planning last year.

While that was not formally confirmed at the time, Sandown was listed as a "flex option" as part of the Supercars calendar announcement. 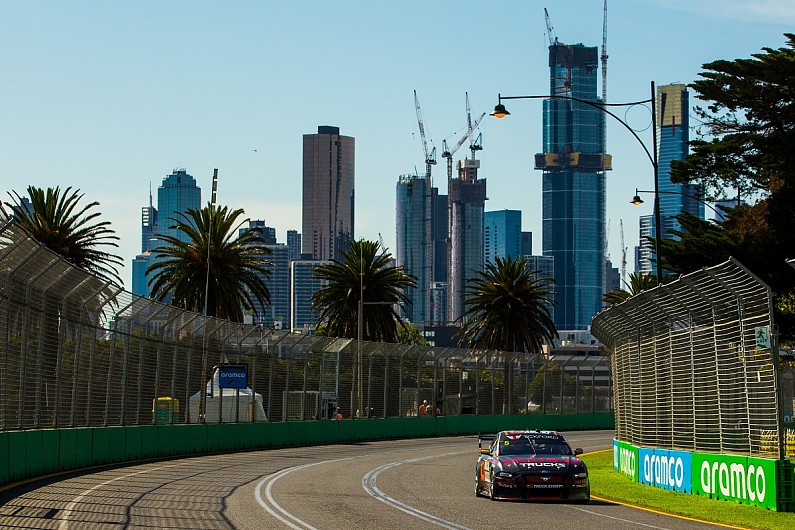 A spokesperson told Autosport last night that no statement would be made until there was official news on the AGP's fate, however the category's position has since been updated to include confirmation that Sandown is locked and loaded if required.

"If any changes prevent the AGP from going ahead, we're ready to go racing at Sandown Raceway over the same weekend," read a short statement from Supercars.

Sandown has not hosted Supercars since November in 2019, the circuit having missed out last season thanks to the second wave of COVID-19 cases that left Melbourne locked down from July until into October.

Supercars may also decide to wait on what the new AGP date is and reshuffle its own schedule accordingly, to retain its spot on the event's coveted undercard.

Of the remaining free dates on the Formula 1 schedule, only November 7 is a clash with the Supercars schedule as that is currently occupied by the Auckland round.

September 19 falls during the mid-season break, October 17 is a week after the Bathurst 1000 and November 21 a week before the season-ending Gold Coast 600.

Share this article on Facebook Twitter LinkedIn Email
Previous / AS70: How an Australian superstar bowed out in style
Next / Holdsworth reveals "shock" at losing Supercars drive
© 2021 Autosport