Scott McLaughlin won't be completely absent from Supercars next season, with the IndyCar-bound Kiwi set to join Dick Johnson Racing for the Bathurst 1000.

Team Penske's long-expected exit from Supercars was confirmed earlier on Saturday, along with news that McLaughlin will make a full-time switch to IndyCar for the 2021 season.

The DJR/Team Penske split follows months of intense speculation, Autosport having first shone light on Penske's lack of commitment to Supercars back in June.

Moving forward, the ownership of the team will transfer back to Dick Johnson and Ryan Story, the famous DJR name returning for 2021 as the squad continues to field two Shell-backed Mustangs.

McLaughlin will be back, too, the three-time champion already locked in for next year's Bathurst 1000 as a co-driver.

"We want to thank Scott for his professionalism on and off the track," said Johnson as part of today's announcement.

"He is a generational talent and we are excited he will join us as a co-driver at next year's Repco Bathurst 1000 in October.

"We know Scott is in a great position with Team Penske for the future and we wish him all the luck in the world as he begins his IndyCar career." 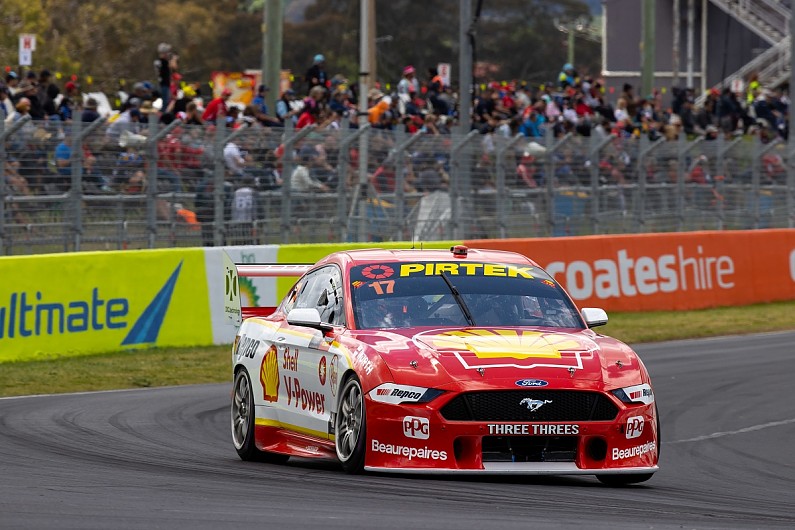 It's also been confirmed DJR will continue as Ford's homologation team, a role it took over form Tickford to develop the current-spec Mustang ahead go the 2019 season.

"As DJR celebrates its 41st season in 2021 we're excited to return to the track next season and continue as Ford's homologation team, working with Ford Performance on developing the Gen3 Mustangs for 2022," said Story.

"We have been proud to work with Team Penske and represent the professionalism, ethics, effort and success of the Penske brand since 2015.

"We thank Roger Penske, Tim Cindric and everyone at Team Penske for their partnership, their friendship and their guidance.

"Together, we have built a championship team and cultivated an exceptional group of partners that engage on a business-to-business level that represents the very best of any sporting organisation in Australia and New Zealand.

"DJR is in a great position to move forward and we are more energised than ever about the future of our team."