Team Penske has announced it will not return to Supercars in 2021, and that Scott McLaughlin will become a full-time IndyCar driver next year.

In that time, the team has earned 56 wins - including the 2019 Bathurst 1000 - 62 poles and six championships, including three consecutive driver's titles with Scott McLaughlin.

Fabian Coulthard produced the team's first pole position in 2016 and its first race win in 2017.

According to an official team statement, Team Penske will "assist team co-owners Dick Johnson and Ryan Story with the transition as they prepare for the 2021 Supercars season."

Team Penske also confirmed what has become an open secret that its three-time winner McLaughlin is transitioning to the IndyCar Series full time for 2021.

The 27-year-old New Zealander will make his IndyCar race debut this Sunday in the 2020 season finale at Grand Prix of St. Petersburg.

"We have enjoyed an incredible six seasons competing in the Supercars series with DJR Team Penske," said Roger Penske.

"Partnering with Dick Johnson and Ryan Story to form DJR Team Penske was an incredible experience that produced success on the track and in the boardroom.

"We have built so many lasting partnerships and friendships, and competing in Supercars has certainly helped strengthen our brand and our business in Australia and New Zealand. 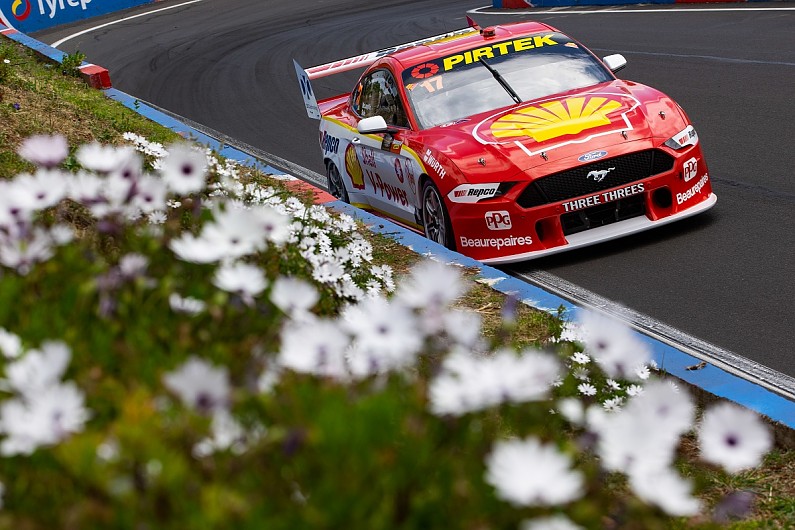 "Unfortunately, with the challenges we have faced in 2020 as a result of the COVID-19 pandemic, we have had to readjust our business initiatives for 2021 and beyond.

"We want to thank Dick Johnson, Ryan Story, Fabian Coulthard and all of our team members for their hard work and dedication as we reestablished a championship organisation together over the last six years.

"I know that Dick, Ryan and the team will continue to build on that success moving forward."

Johnson commented: "I want to thank Roger and the entire Penske organisation for all they've done for our team over the last six years," said Johnson.

"While we hate to see them go, we understand the tough business decisions that have to be made.

"We've worked together over the last six years to build a team that has become the benchmark for performance both on and off the track. With the assistance of Roger and Team Penske we will be in position to build on that success.

"With the full support of Ford Australia, Ford Performance, Shell V-Power and all of our great partners, our team will continue to be a leader in Supercars racing."

"I'm so excited for the opportunity to take the next step in my career and compete against some of the best drivers in the world in the IndyCar Series," added McLaughlin.

"The last four years racing for DJR Team Penske has been amazing. I want to thank every single person on the team, and everyone that has helped me reach this point in my career.

"I wouldn't be in position to continue to chase my dream without the hard work of so many people along the way.

"I'm looking forward to the challenge of joining one of the most iconic motorsports programs of all time - Team Penske's IndyCar team. I wish the 2021 season would begin tomorrow."