The fate of the 2021 Formula 1 Australian Grand Prix will help determine how many events feature on next year's Supercars schedule.

Supercars is currently working through its 2021 calendar, which it hopes to make public at the end of next month.

However the uncertainty created by the ongoing COVID-19 pandemic means there's still plenty to play out, including how many events will feature on the schedule.

That's not entirely in Supercars' hands, either, with one of the biggest questions if and when the Australian Grand Prix will take place next year.

While Formula 1 has said it is working on a similar schedule to what was planned for 2020, which would mean starting the season at Albert Park in March, there is no guarantee that Australia's international borders will be open by then.

According to Supercars CEO Sean Seamer, more details regarding the AGP are needed for the Aussie series to lock down its final number of events.

"There's a bit to be worked through on [the number of events] yet," said Seamer.

"Obviously some of things are reliant on other events, like the [Australian Grand Prix]. So we're working with the AGP [organisers] to understand what next year looks like.

"Once some of those things fall into place over the next six weeks, we'll be able to tell everybody the final number of rounds for next year.

"But you can expect us to maintain a national championship. And not withstanding any COVID requirements like we've had to deal with this year, our priority is to go to every state and territory with the exception of the ACT." 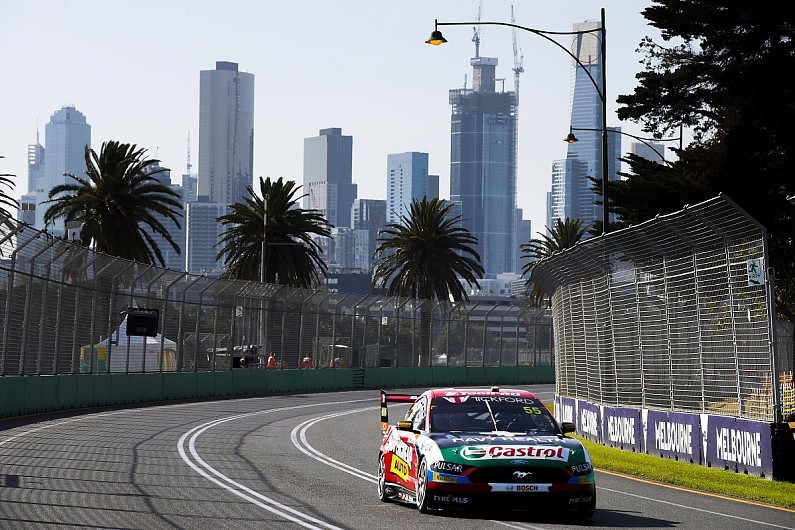 Supercars had planned on holding 14 events this season, plus the all-in pre-season test that went ahead at The Bend.

While there could be less in 2021, depending not only on the AGP but also the future of street races such as the Gold Coast 600 and Newcastle 500, Seamer is expecting the basic flow for the calendar to be the same.

That means a pre-season test and first round in March and a finale in either late November or early December.

"You can assume a pretty similar laydown to what we had this year, in terms of timing around events [and] start/finish times," he said.

"The [2021] pre-season test, that level of detail will be worked through in the next six weeks. That will be included in the calendar announcement late October."

One major change has already been confirmed for 2021, with the traditional season opener in Adelaide moving to later in the year.

There's significant speculation that it will become the season finale instead, with a Bathurst opener helping the South Australia and New South Wales governments effectively swapping their respective agreements for the first and last rounds.

However Destination NSW may be less likely to relinquish its title-decider status, which is contracted for another season, if the Newcastle event survives the pandemic.

"We want to go to Newcastle," said Seamer when asked if the event will be on the 2021 schedule.

"The big thing really that we need to solve first is how and when we're going to conduct street races next year, and making sure that when we announce the calendar we've got a high degree of comfort around what's going to be possible.

"That's the focus of our conversations with each of the state governments at the moment."