The Winton Supercars round has been postponed due to the ongoing coronavirus outbreak in Melbourne.

The series is now set for a second consecutive round at Sydney Motorsport Park, as a response to new Queensland border measures regarding Victoria.

Anybody who has been to Victoria can't enter Queensland without a 14-day mandatory hotel isolation period at their expense.

That complicated matters for the three Queensland-based teams - Triple Eight, DJR Team Penske and Matt Stone Racing - in terms of travelling to Winton in northern Victoria for the 18-19 July event.

The circuit is some two hours north of Melbourne, where localised suburban lockdowns have begun to control rising case numbers, however the Queensland border control covers the entire state.

Autosport understands the Winton round has for now been formally postponed, not cancelled.

Alongside Winton, there are also concerns over the Townsville event scheduled for August.

SMP, which hosted the resumption of the season last weekend, was already locked in for two rounds on the revised 2020 schedule, with it due to host the December finale. 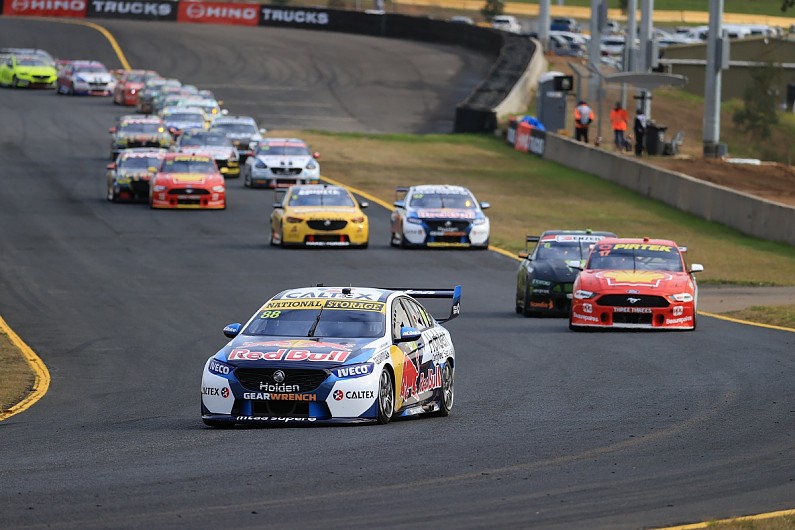 Second Sydney Supercars race could be under lights

Supercars could race under lights when it makes its unscheduled return to Sydney Motorsport Park later this month as the series considers ways to avoid a re-run of last weekend's event.

Autosport understands one proposal is an early debut of the new $16 million permanent lighting system ahead of the season finale this December.

There is also speculation the cars could run on the shorter Druitt circuit rather than the full layout.

The 2.8-kilometre variation was originally meant to be used for the first Sydney SuperNight back in 2018, before being moved to the 3.9-kilometre Gardner GP layout.

A move to the shorter layout would limit tyre degradation, potentially opening the door for the debut of the mixed compound tyre regulations that were meant to be used for the first time at Winton.

More details on the Winton/Sydney switch are expected to be confirmed on Thursday morning.