Scott McLaughlin admits he has been frustrated by the Supercars parity storm surrounding the Ford Mustang this season.

The reigning Supercars champion has been at the centre of the parity debate, through a dominant showing that has included eight wins and eight pole positions from 12 races so far this season.

The Mustang has gone through two waves of parity adjustment - a centre of gravity change before the Symmons Plain round in early April, and a reduction in downforce heading into last weekend's Perth night race event.

The second of those did not change much in terms of results, however, with Coulthard and McLaughlin bagging a win each. All six Mustangs would also have finished in the top 10 in both races had Mostert's engine not failed on Saturday night.

But McLaughlin said the ongoing debate about the Mustang had robbed Penske of the credit it deserves.

Asked if he had taken the controversy personally, McLaughlin said: "I wouldn't say personally, but yeah, absolutely I'm frustrated.

"I've seen how hard everyone's worked as soon as this [Mustang] thing was announced. They worked bloody hard on building the car from the computer screen to what it is now.

"We got through all the VCAT [parity testing] and all that sort of stuff and got to a point where it got all ticked off by everyone. And then eventually all this stuff happens.

"I understand there's bits and pieces that went on, but whether you agree with it or not, you've got to deal with it. We've got to push on and Supercars have got to adjudicate where they need to.

"I'm probably more on the [team's] side, you look at it from a frustrating point of view because you feel like you're just a good team, and we do feel like we are one of the best teams up there - and that's where we feel the differences [are] rather than the actual car." 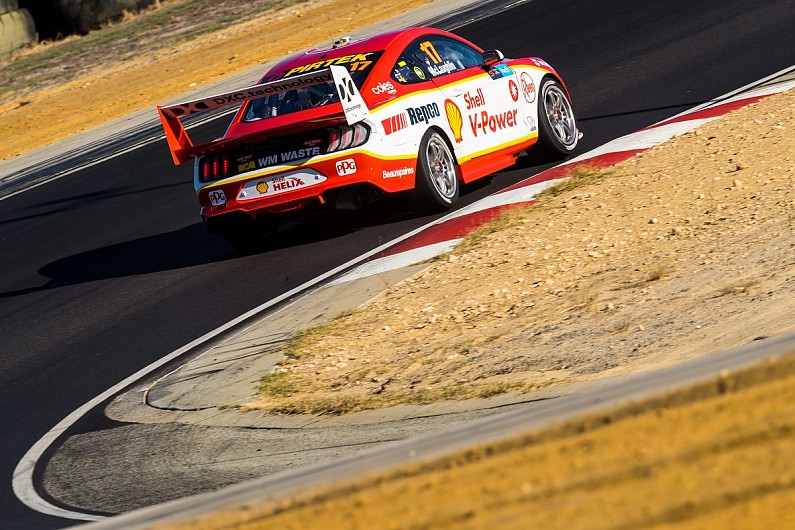 McLaughlin added Penske's 2019 dominance is the team's "true potential", arguing the ageing Ford Falcon FG-X package had a pace deficit to the then-new ZB Commodore during his title-winning 2018 season.

"Last year we were probably on the back foot a little bit in terms of overall car pace," he said.

"I think that's all sort of evened out now and we're showing true potential.

"I feel like we really punched above our weight last year. [In] 2017 obviously everyone knows what happened - I ballsed that up and Jamie [Whincup, that year's champion] did an awesome job as well.

"I think it's great for Supercars to have two, three, four teams battling up the front week in, week out."