Renault Formula 1 driver Daniel Ricciardo admits he was nervous heading into his first drive of a fully-fledged Australian Supercar, given the category's 'intimidating' stature.

While only a promotional event, Ricciardo says he was feeling a bit of pressure as he first climbed aboard the car.

"Honestly, I was quite nervous because it's something I've watched my whole life," said Ricciardo.

"People might be like 'you drive in F1, what's a V8 to you?', but I don't look at it in the same league. It's a totally different car.

"I see [the Supercar] as the top of the tin-top cars. For me that's the best of its calibre, and that's intimidating because I don't know it.

"And again I've watched it for so many years. I was nervous, I guess, because it's a big deal.

"Sometimes these, let's call them media events, aren't that exciting, putting it politely. I knew I'd like it. I was just more nervous that I wouldn't be good at it.

"I'm not saying I was, but I was scared that I'd be scared. I really liked it." 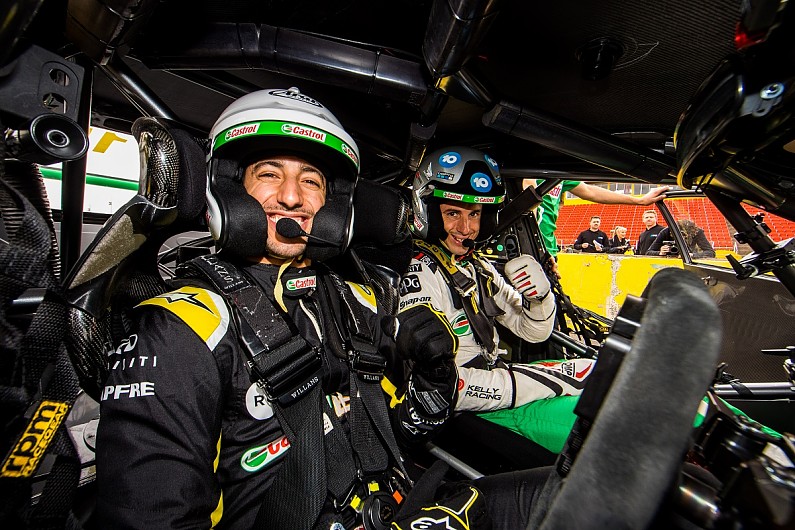 Ricciardo spent one of his stints in the Altima with Kelly in the passenger seat, and while unsure if the nerves were being shared across the cabin, he did say that Kelly had to physically help him get right through the rev range.

"He took my hand off the [gear] stick and made me wait to get into the shift lights," said Ricciardo.

"I was short-shifting a bit.

"I could see out of the corner of my eye what he was doing with his feet.

"I don't know if that was him being nervous or he was trying to show me when he'd brake.

"I was keeping an eye on that because that helped me pick up some reference points. I had a look a few times and he was laughing and smiling."