Double Formula 1 world champion Fernando Alonso could race at the Bathurst 1000 Supercars event as soon as 2020.

A Bathurst deal would likely involve Alonso racing a Walkinshaw Andretti United entry at Mount Panorama, in either one of the team's two primary cars or a wildcard.

The link between Alonso and WAU comes through team part owner and McLaren chief executive Zak Brown, who says the interest from the ex-F1 star is genuine.

"He remains very interested in Bathurst," said Brown when asked about Alonso's Supercars ambitions by Autosport.

"He wants to go and win all the big races, and he considers Bathurst to be one of those.

"He's ticked the 24 Hours of Daytona box now, and he considers Bathurst to be a major sporting event.

"He thinks the cars are cool - he almost had a go but we ran out of petrol. I wouldn't be surprised to see him in one of our cars in the future."

Alonso's aborted Supercars test happened at Motorland Aragon in late 2017, when plans for him to jump in a Bathurst winning Holden Commodore now owned by Brown were ruined when it ran out of fuel with Filipe Albuquerque behind the wheel. 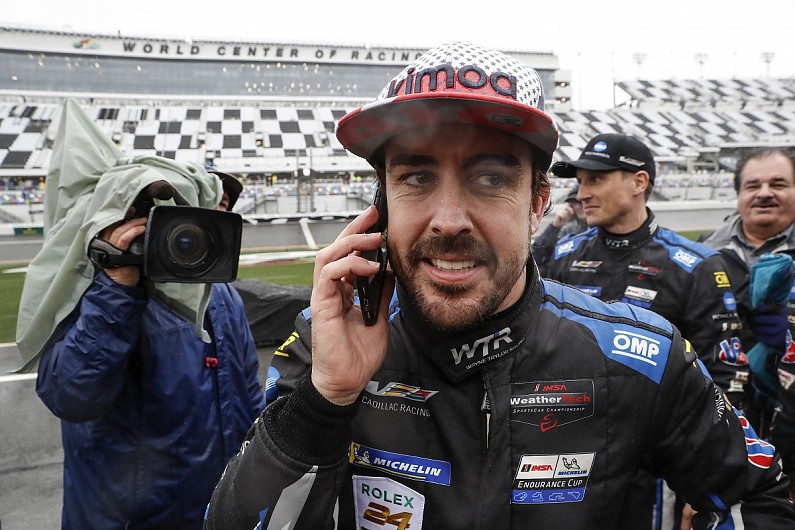 While Alonso's Bathurst outing will not happen until at least 2020, WAU is still eyeing a wildcard entry for this year's Bathurst 1000.

Having gone close to making it happen last year, the team is now in talks with a new backer to support the ambitious plan - which would likely have IndyCar driver Marco Andretti in the line-up.

"All four of our IndyCar drivers would love to do it," said WAU part owner Michael Andretti.

"But first we've got to work on getting it right commercially and we'll make a choice on who comes down here.

"We're working on it, but we're not there yet."

Team principal Ryan Walkinshaw added that Bathurst is "what we're looking at" for the wildcard, but that it could be run over all three enduros.

"If the opportunity arises and we find a sponsor that wants to do all three... that would be exciting," he said.

"But at the moment let's focus on doing one and doing it properly, and then we can always go from there.

"If we manage to get something up and running and we get a successful wildcard this year, it could open the doors for that to progress to more races in the following year.

"Let's take our first step before we try to run."