Supercars has revealed its 2019 calendar, including a new night race at Barbagallo and a revamped enduro schedule that kicks off with the Bathurst 1000.

The SuperNight format that was given a successful debut at Sydney Motorsport Park this year (pictured) will be used at Barbagallo Raceway in Perth.

That event will kick off with practice on the Thursday night and races on Friday and Saturday, with an evening-into-night time slot likely given the two-hour time difference to Australia's East Coast.

Sydney Motorsport Park - formerly known as Eastern Creek - will fall off the schedule entirely because Supercars chiefs want to keep the 2019 schedule at 15 events, but it is set to be reintroduced in the early part of 2020.

According to Supercars, discussions with the New South Wales government about permanent lighting at SMP are ongoing and could lead to a long-term night race deal at the track.

If the Barbagallo trial also goes well, the two night rounds could become regular prime time fixtures on the schedule.

Another major change is the order of the long-distance races.

As revealed by Autosport, the Bathurst 1000 will be shifted back a weekend to avoid a clash with the National Rugby League Grand Final. 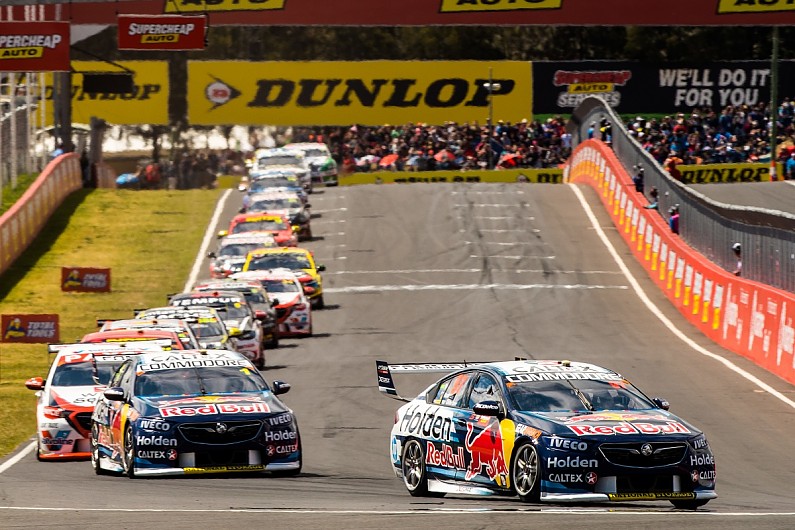 That means there will be a clash between the Gold Coast Supercars event and MotoGP's Australian Grand Prix at Phillip Island at the end of October.

In order to relieve the congestion in October/November caused by the Bathurst shift, the New Zealand round at Pukekohe will be moved into the middle of September.

That means the Sandown 500 - traditionally the Bathurst warm-up - will become the final enduro of the season, slotting in on the second weekend in November, a fortnight before the season finale in Newcastle.

The format for the Gold Coast is also up for discussion, with the Supercars Commission set to meet next week to discuss turning it from a pair of 300-kilometre races into a single-race 500-kilometre event, like Sandown, to give the Season of Endurance more consistency.

Phillip Island and Winton have both been spared as part of a new deal with the Victorian government, with Winton's format also up for discussion by the commission with plans to slim it down to a two-day race meeting.

The Phillip Island circuit will get two Supercars events in 2019, hosting the Victorian teams for the pre-season test on February 13-14.

Unlike the last two years there will be no full-field test, with Queensland-based teams set to run at Queensland Raceway over the same two days.

Phillip Island and QR are joined by Sydney Motorsport Park and Winton as nominated tracks for in-season testing.