From a Radical VW Beetle to a collection of Euro V8s and ASCAR machines racing at Lydden Hill, here are some of the interesting stories from national motorsport this week

The 'VW Beetle' of Jeff Wilson was a star, both on the track and in the paddock, at last weekend's Ferrari Owners Club meeting at Anglesey. This silhouette racer, inspired by the 1970s Mick Hill-built Super Saloon, owned at one time by Wilson, in fact consists of a bespoke carbonfibre body mounted on a Radical SR8 chassis.

Wilson bought Hill's car from Doug Niven in 1980 and raced it until 1983. Recently deciding to build “something fun”, he couldn't resist creating his own version, although the new car is more extreme and sits even lower than Hill's original.

In the hands of Matty Cobb, the car was involved in a great scrap with Jon Woolfitt's Spire in each of the Northern Saloon and Sports Car races, but was defeated both times.

Encouraging children to get involved in motorsport is something that Wilson believes is essential for its future so he's had a set of cartoon stickers of the car made to give away. He is also in talks with a local school to demonstrate it to their pupils. 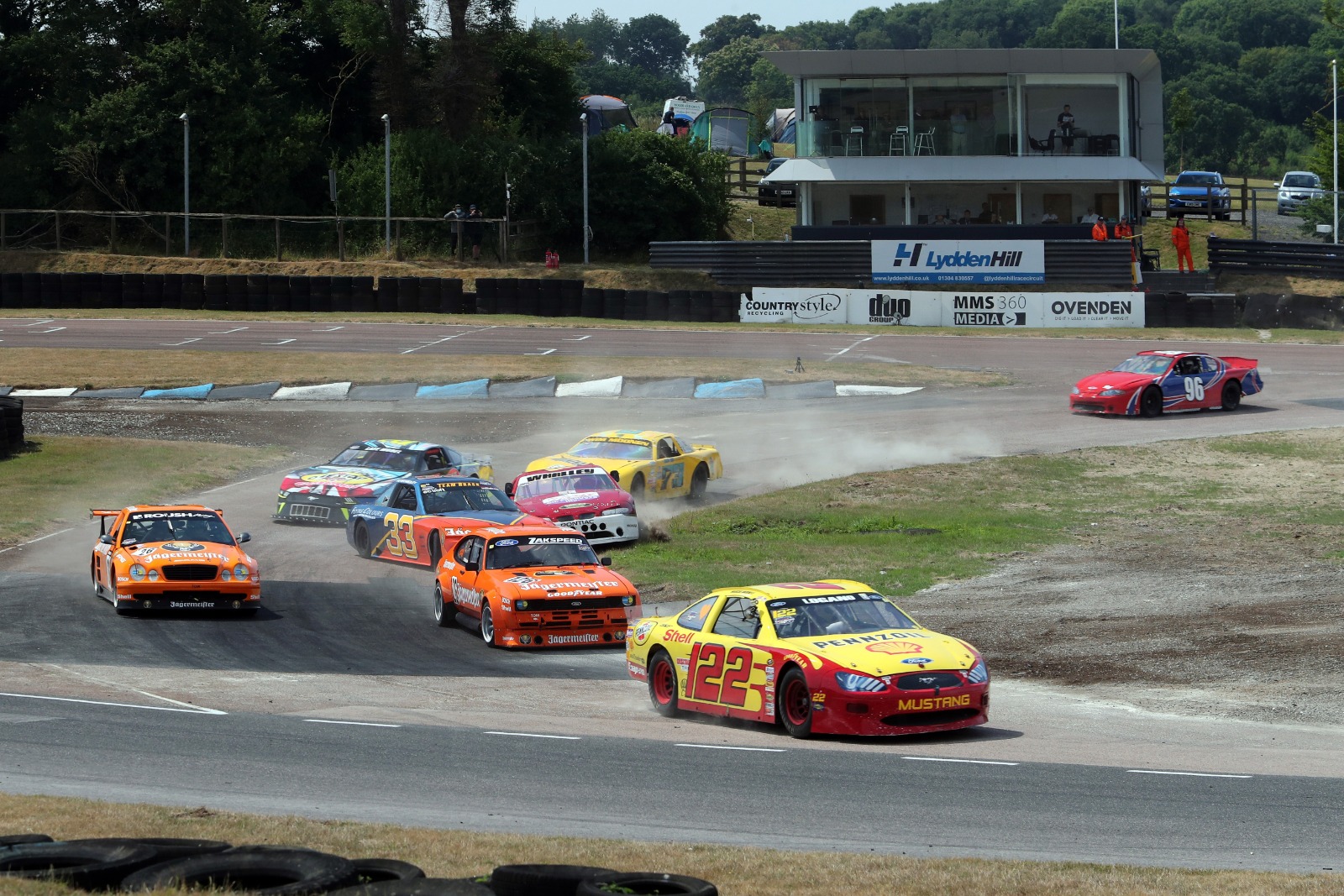 Racing in an anti-clockwise direction and using a circuit that incorporated corners including Chesson’s Drift and Pilgrims before using a cut-through section halfway down Canterbury Straight, the European Late Model Series appeared at Lydden and attracted entrants including Classic and Modern Motorsport Club regular Marcus Bicknell and Classic Thunder ace Alan Breck in his Ford Capri V8.

Dutchman Wim Moonen, who spun his Late Model V8 in unison with leader Peter Medley (Eurocar V8) in the first encounter, took a win in the final after powering clear in the early stages. Luke Bennett, driving the ex-Neil Cunningham Euro V8 car he competed in at Thruxton earlier this month, finished second ahead of Bicknell. Keith Whalley was first across the line in race one in his ASCAR V8. 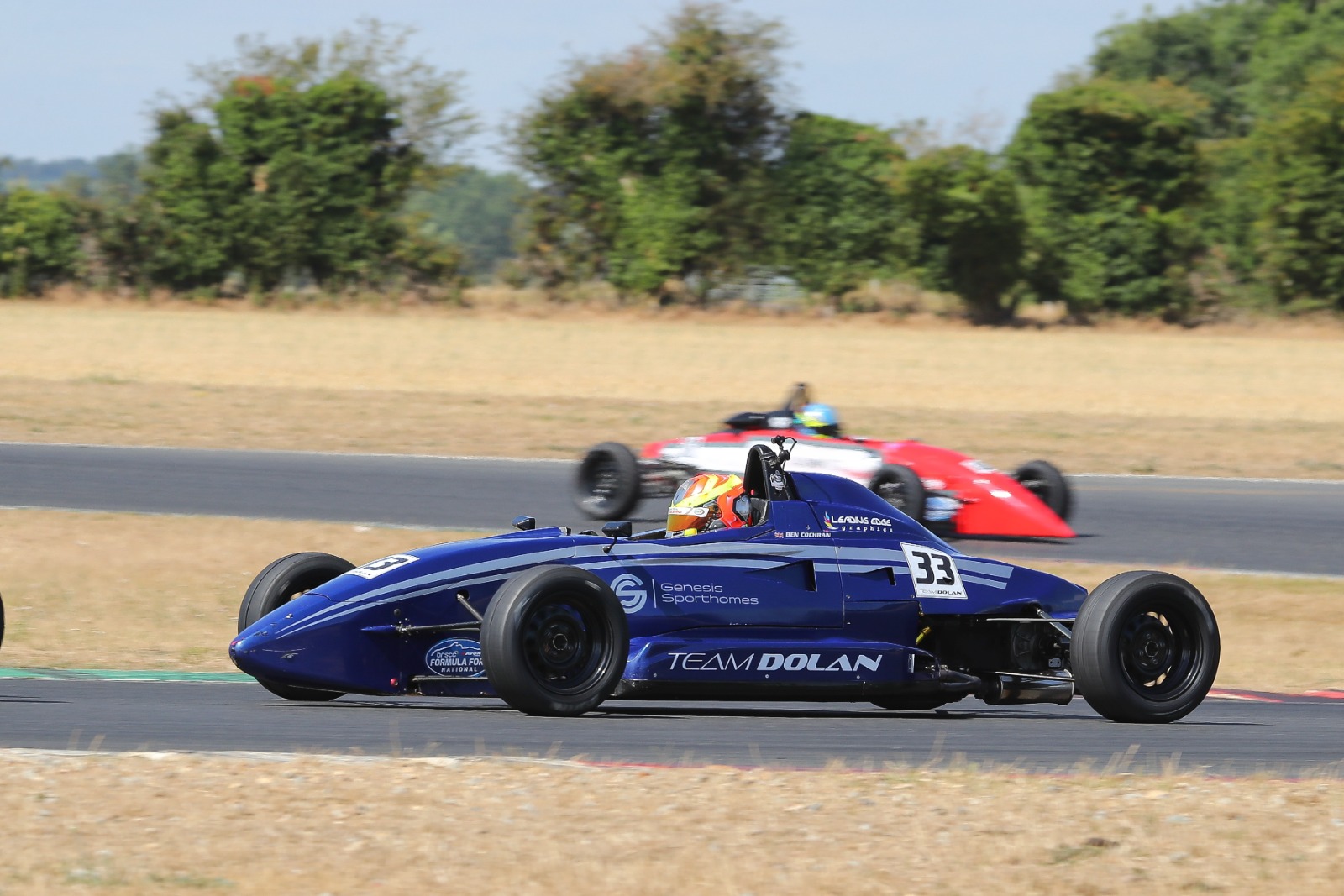 National Formula Ford racer Ben Cochran had a busy weekend at Snetterton, as he also contested the Modified Fords category.

Cochran drove a Ford Fiesta Mk2 as part of a shakedown of the car ahead of his brother Alfie campaigning it next season after he reaches the age of 16 this winter.

Cochran retired from the first race after his front-left wheel started to loosen, and missed the second as it ran back-to-back with Formula Ford. He took the flag sixth in class in the finale. 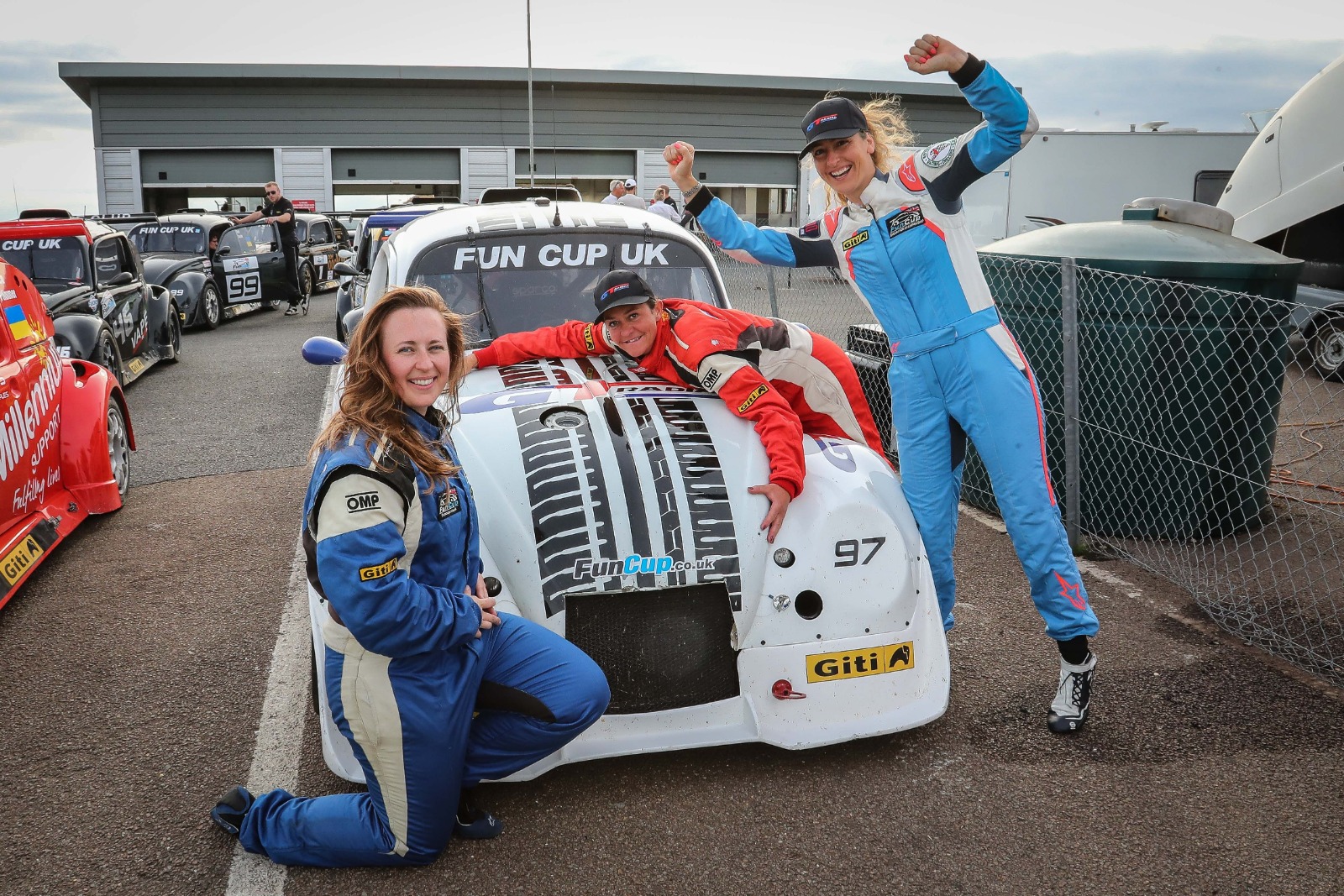 It was Burke’s first race start in three years, while Hayward - who led the opening lap of the four-hour race having been drawn on pole position - hadn’t driven in the Fun Cup for five years. 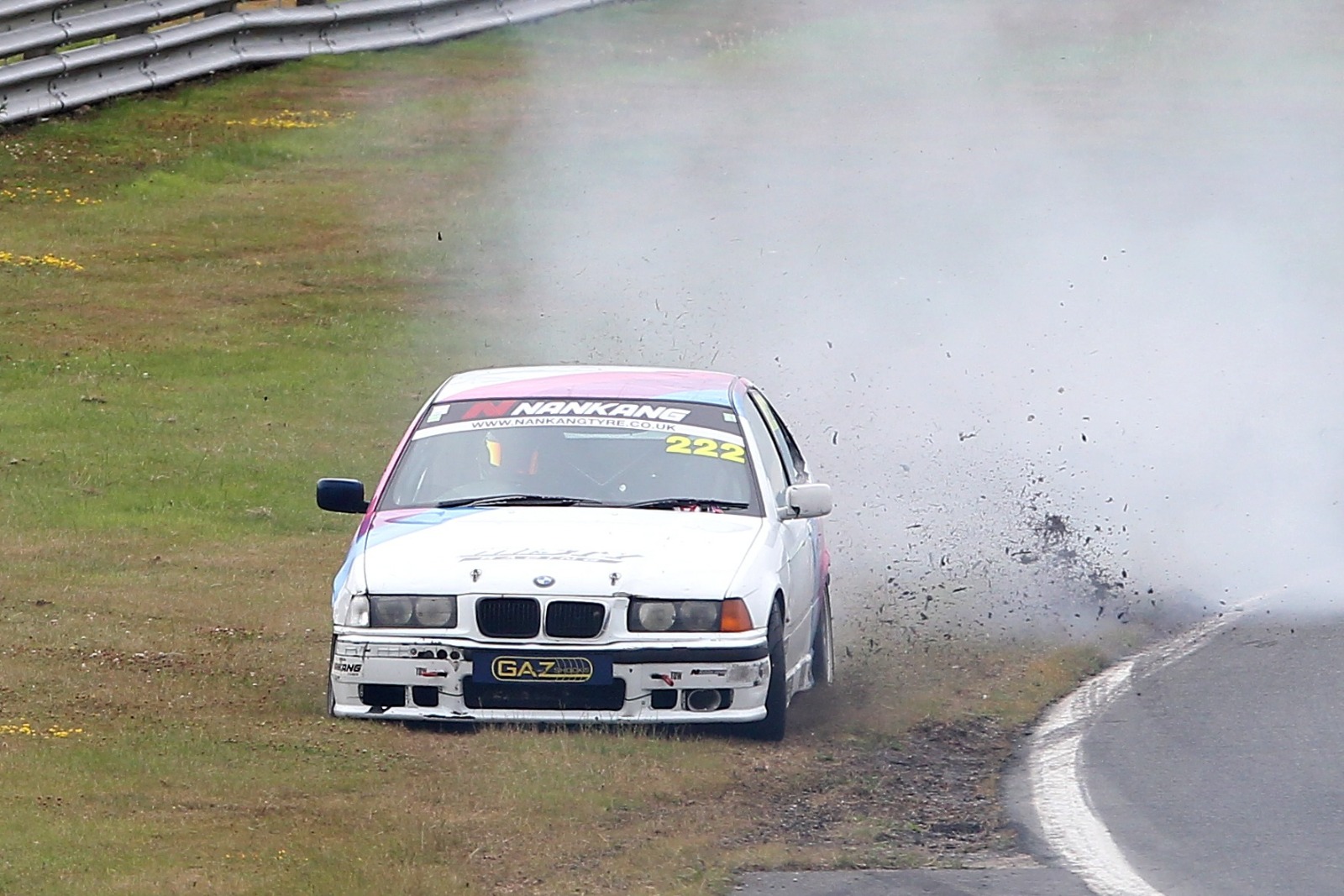 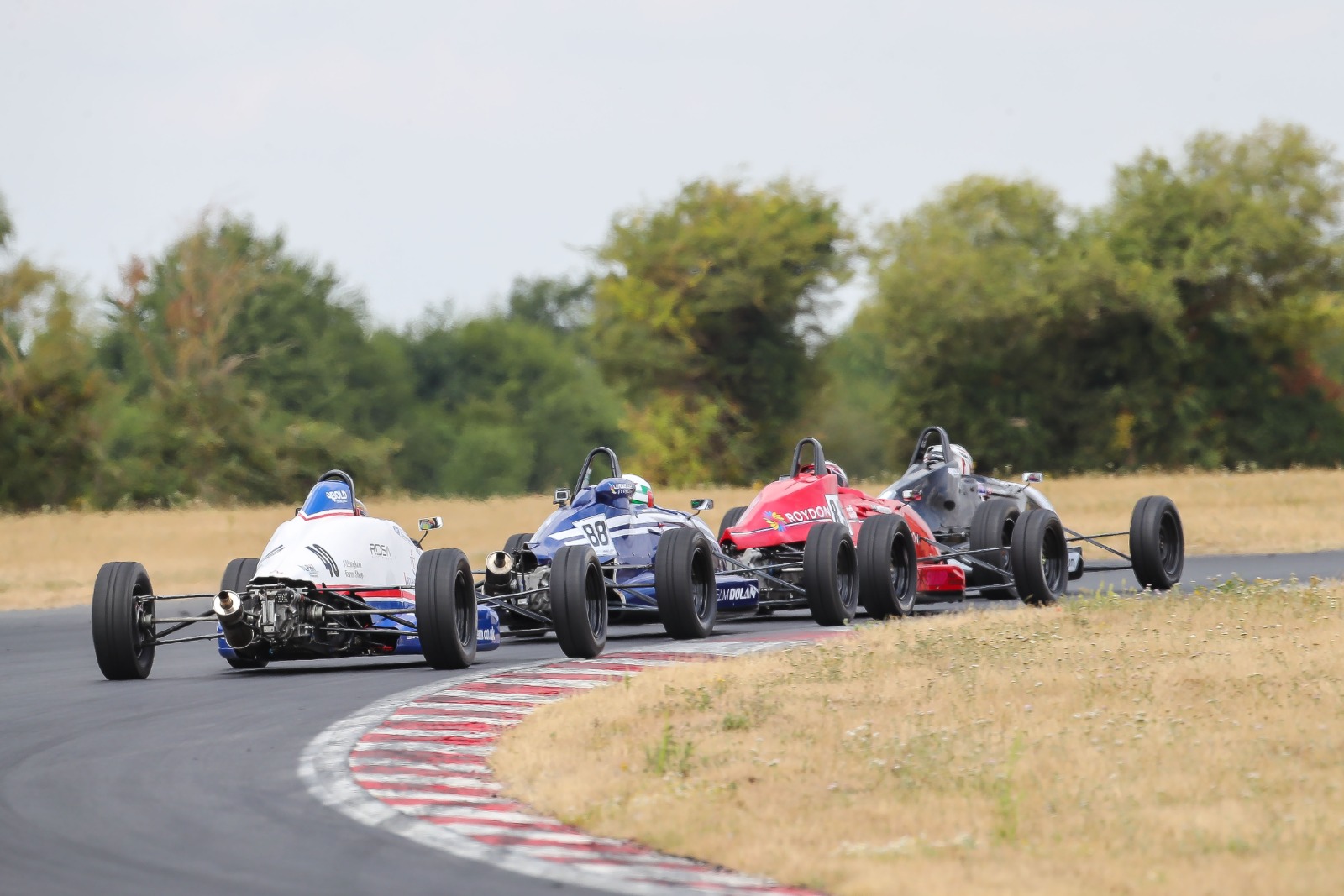