A conflict with the country's health department meant Ferrari had to ditch its Mission Winnow branding for the 2019 Australian Grand Prix. The cars of Sebastian Vettel and Charles Leclerc instead ran decals celebrating the marque's 90th anniversary, which was a set of straightforward alterations to the livery.

Puma, on the other hand, faced a much larger task. As the manufacturer of the team's clothing, the drivers and all of the engineers required new racesuits flown out to the Southern Hemisphere in under two weeks.

"Don't remind me, it was a nightmare," recalls Maurizio Sicco, Puma's team head of motorsport racewear.

"We had to redo all the driver suits, the gloves, and all for the crew." 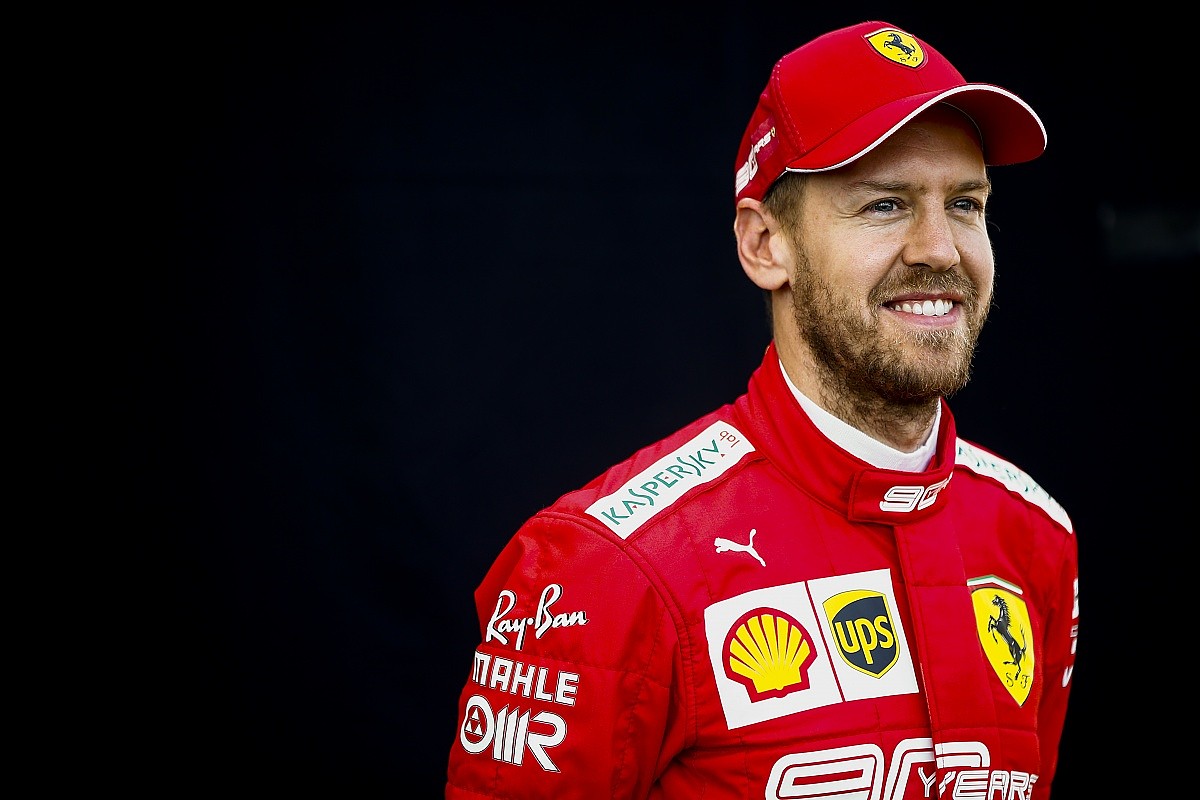 Despite the size and fame of a brand such as Puma, it wasn't simply a case of the production line stamping out the revised racewear overnight, as the set-up is not what you might imagine.

When it comes to creating the racesuits for its Formula 1 customers Mercedes, Red Bull and Ferrari, the design and measurements get sent to its diminutive Turin office before production is handed over to the family-run Sport Line factory next door.

"The standard zip puller was too heavy so we replaced it and gained two grams. For engineers, it's a lot" Maurizio Sicco

In total, there are fewer than 20 staff across the site - with similarly small operations used for the manufacturing of gloves, boots and underwear.

And yet Puma still manages to develop cutting-edge technology. After the introduction of the KERS system into F1 for 2009, which brought with it a weight penalty of 30kg, all avenues were explored to save mass elsewhere.

As a result, the weight of an F1 racesuit has been cut from 1.5kg to 700g. The elastic was removed, logos were printed rather than stitched into the fabric, and even the normal zipper (which on most Puma suits resembles an accelerator pedal) went on a diet.

"We cut holes in the Velcro to get rid of some tenths of a gram," continues Sicco, whose previous roles at Sparco and Momo contribute to more than 40 years in the textiles industry.

"The standard zip puller was too heavy so we replaced it and gained two grams. For engineers, it's a lot. It's nothing when you're sitting still on a chair, but when you're in an F1 car doing a curve at 3g, it's six grams so everything has to be considered in this way.

"That's what makes the difference between us and other companies because we are so flexible."

That flexibility is most evident when it comes to the stitching of the sponsors' logos. While the F1 suits have moved over to transfers, Puma's clientele also includes a host of NASCAR teams.

The 40 suits that the likes of Lewis Hamilton and Valtteri Bottas will get through each season are at least consistent from race to race. By contrast, during Autosport's visit to the factory, the sewing machines are firing away to embroider the Wabash National logo to Brad Keselowski's overalls.

Each pinprick has to be manually plotted before the manufacturing can get under way, and this logo requires thousands of them, thanks to its intricate outline of the American border. What's more, the nature of NASCAR means that a totally different suit may be needed for the very next race given rolling contracts with different sponsors.

Keselowski, his crew, or the Penske team could require up to 36 different designs to cover their season. The small size of Puma workforce, combined with the intricacy of each team's demands, means that the output for the Sport Line factory is only around 2000 racesuits per year. 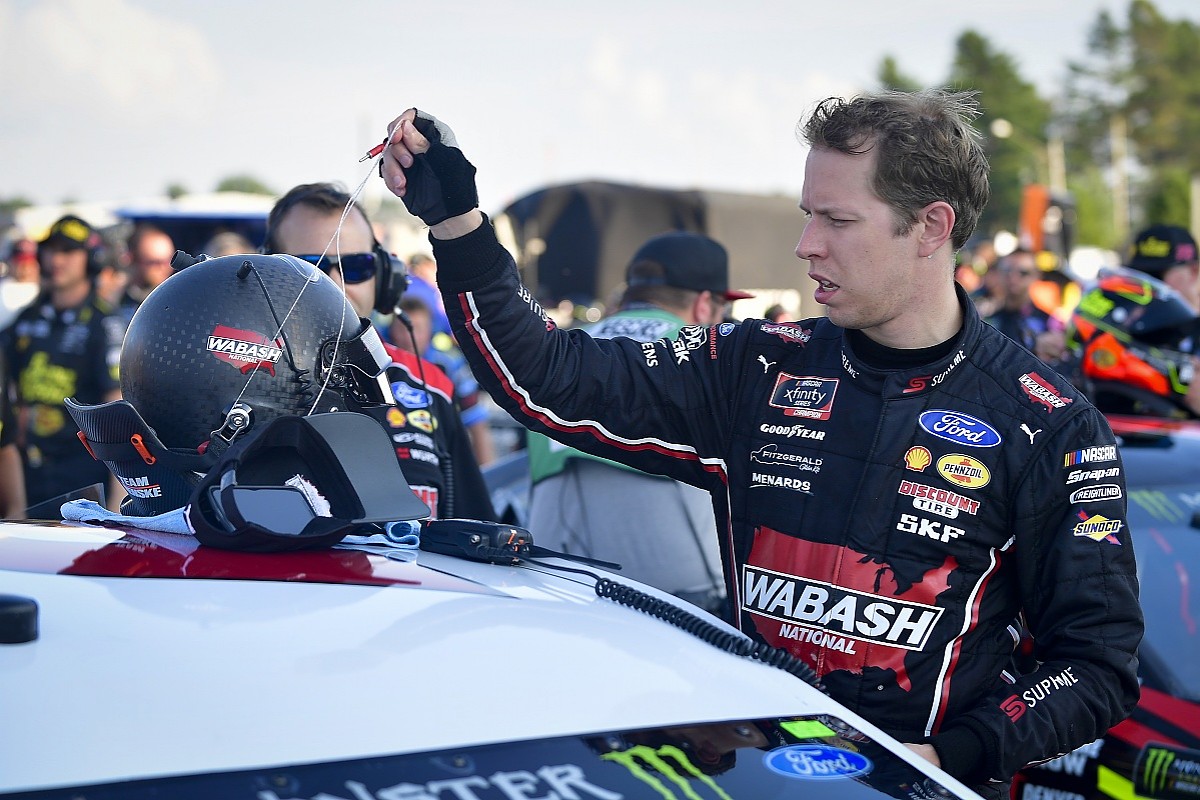 Each one requires between two and eight hours of labour depending on the brief, and Sicco calculates that 80% of the suits are totally bespoke, with the raw materials alone costing €2000 for each.

The main material in question is aramid, an artificial fibre, which is sandwiched between a flat outer surface for the logos and a honeycomb construction. Each is meticulously tested to comply with the FIA's rigorous homologation regulations.

"Every single material has to be tested with a flame for 10 seconds," Sicco explains.

"After that, you can't see burning holes. The other test is the toughest one. It's protection against heat, because you can burn yourself just from the heat of the flame. To have good heat resistance, you need to have a layer with air inside because air is a good insulator."

The FIA sets a 10-year lifespan for each suit, and the homologation lasts for five. But that timeframe doesn't pose an issue thanks to the constant development Puma undertakes, with its products revised year on year.

That covers much of the company's remit - the F1 suits, BMW and soon Porsche in Formula E, plus BMW in the DTM and all of the W Series racewear - but with customers from IMSA and IndyCar too, Puma must comply with the different briefs outlined by the SFI Foundation, which administers quality standards for racing equipment.

"The FIA asks for one homologation, which is good for F1, rally and GT," says Sicco. 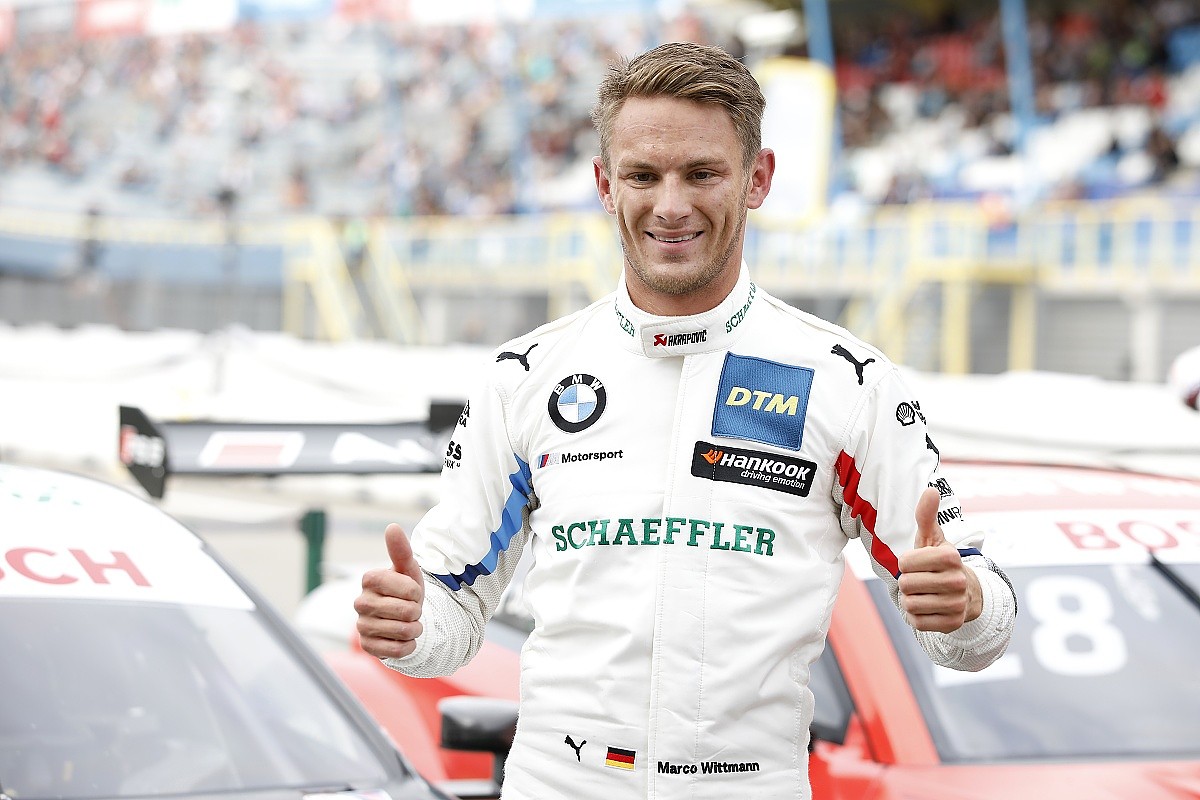 "They also have dirt races, which is only one layer."

It's that ability to cater for a diverse array of needs that contributes to Puma's success, as well as a hands-on approach. There's a dedicated employee who flies to every race on the F1 calendar, and is available from Thursday to Sunday.

Teams and drivers can go direct between sessions to discuss issues and get quick fixes, or to influence the future design of suits.

As a result, it's become a greater challenge to perfect the suits of the mechanics, rather than the drivers. The crew require special loops and pockets to be integrated so they can feed the cables through for their radio.

That willingness to listen to the needs of its customers has also presented Puma with its own problems for the future. 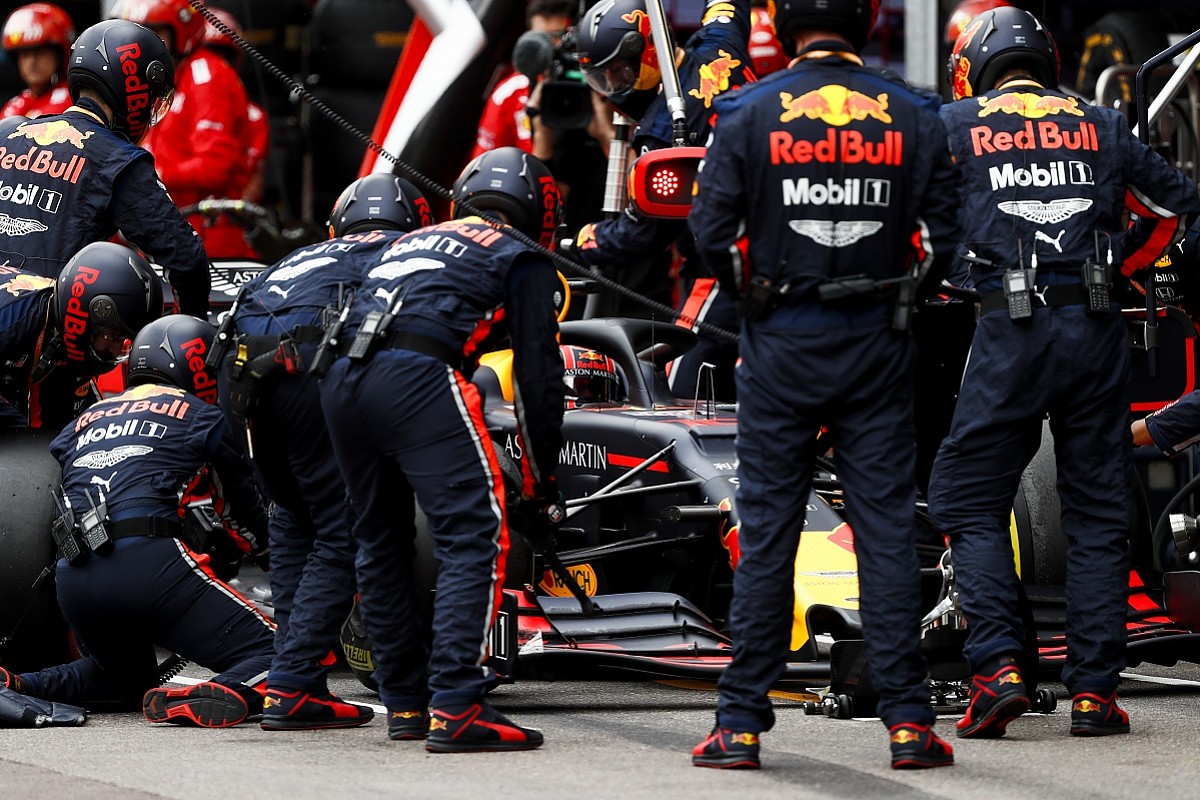 The complex colour palette used in the W Series has meant the drivers' suits are a lower specification compared to those seen in F1, as the top-grade fireproof material has so far not reacted well to the ink.

"The biggest challenges come because everything happens so quick compared to a few years ago," Sicco says.

"Some kinds of designs the teams would never ask for because it was impossible, but now they think the impossible is possible" Maurizio Sicco

"Some kinds of designs the teams would never ask for because it was impossible, but now they think the impossible is possible.

"Now you can get your picture of anything printed on a coffee mug, and this is the mindset of people on the outside! Textiles still have some technical limitations, and it's tough to make people understand that."

But it's hard to imagine that remedies are far off. The Turin office is lined with the Puma suits used by Michael Schumacher, Fernando Alonso, Sebastien Loeb and more.

Despite being fewer than 15 years old, they look primitive compared to what Puma is producing today.

It appears that no area is immune to the fierce development race that dominates top-flight motorsport. 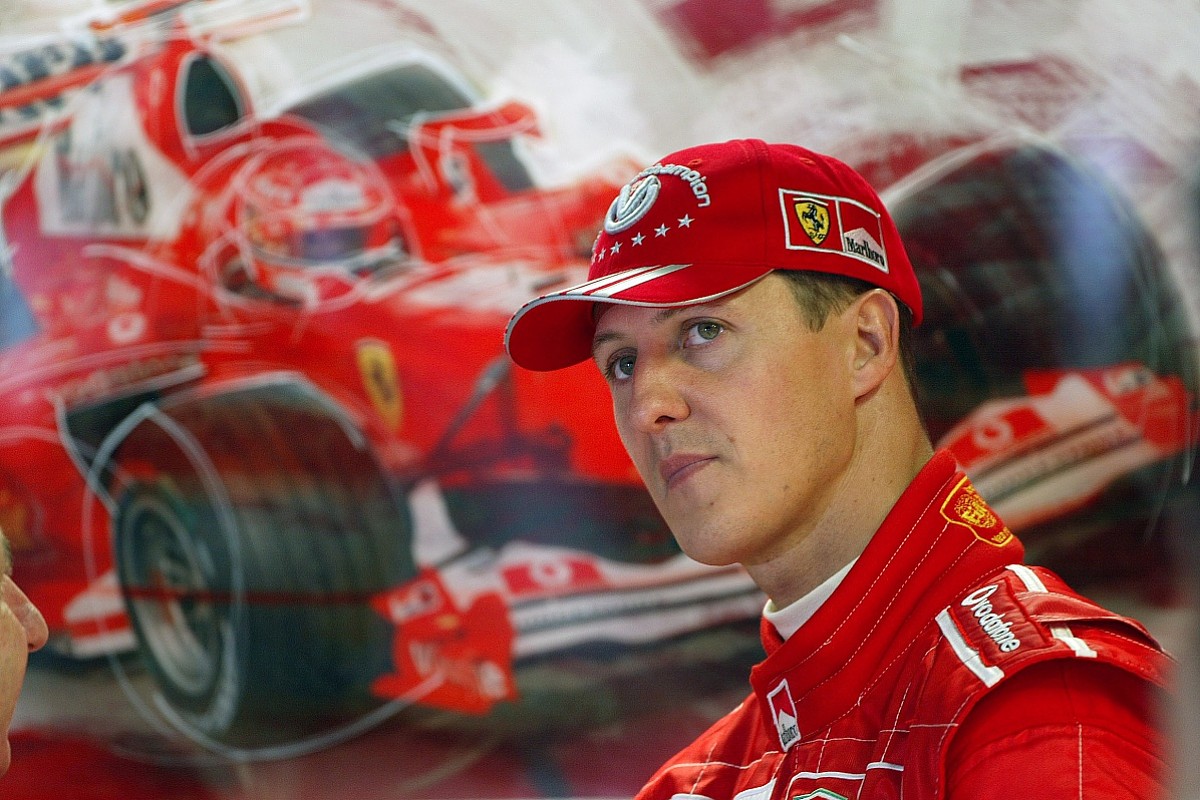