The British Carlin team expects to resume racing in the prototype ranks this year despite opting out of the first two rounds of the 2020 European Le Mans Series.

The ultra-successful single-seater squad, which expanded into the sportscar arena last year, announced a return to the ELMS with its LMP2 Dallara-Gibson P217 in February, but missed the Paul Ricard ELMS opener earlier this month and has also withdrawn from the Spa round on 9 August.

Team boss Trevor Carlin said the absence from the first two races was the result of "COVID-related issues" without further elaboration.

Carlin explained that an exact timeframe for a return to racing for the Dallara due to be driven for a second season by Harry Tincknell, Ben Barnicoat and Jack Manchester has yet to be worked out.

"It's 100 percent that we will racing this year, but when that will be isn't clear because of COVID-19," he told Autosport.

"The programme is ongoing: we were out testing in June and did four days at Silverstone and two at Snetterton.

"We're also talking already about going back to do the Asian Le Mans Series [in which the team finished second in 2019/20]."

PLUS: Why "whirlwind" Tauranac's legacy will stand the test of time

Carlin said that it is "possible but unlikely" that the team will be at round three of the ELMS scheduled for Barcelona on August 29 and that it remains "unclear" whether it will take up its entry for what would be its maiden assault on the Le Mans 24 Hour on 19/20 September. 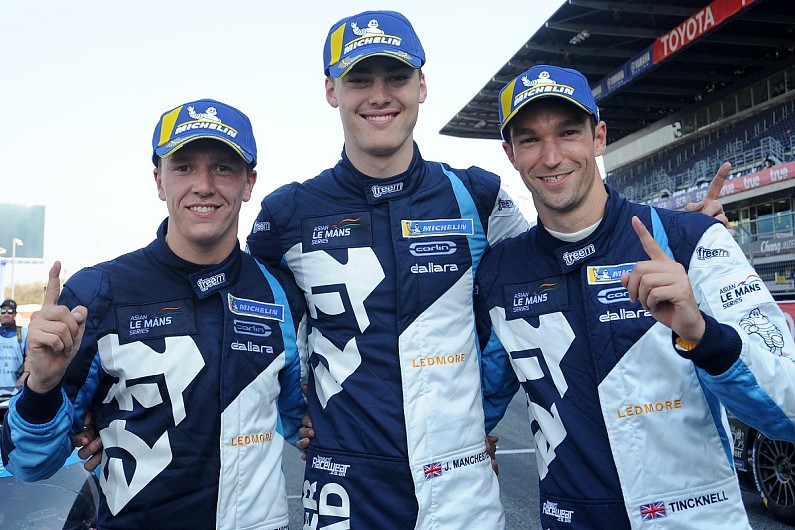 The final two rounds of the reduced ELMS schedule are at Monza in October and the Algarve circuit in November. The enforced absence from the ELMS was described by Carlin as a "real shame".

He explained that silver-rated Jack Manchester, whose family back the Carlin P2 programme through its Thunderhead software business, was making "real progress" and pointed to the 21-year-old's performance in the final round of the Asian series at Buriram in Thailand last February.

"Jack kept Roberto Merhi [aboard an Eurasia Ligier-Gibson JSP217] behind him for a whole stint," said Carlin.

"He did a brilliant job and helped us win the race."

No decision has been made on who would replace Tincknell at Le Mans when he will be driving for Aston Martin in GTE Pro.

The Algarve ELMS round on 1 November clashes with the Laguna Seca IMSA SportsCar Championship event at which Tincknell will be racing for Mazda.

Carlin contested the five of the six ELMS rounds last year with its Dallara.

The team missed the Spa event in September after Manchester sustained two broken ribs in practice for the the preceding Silverstone round, in which he was replaced for the race by Harrison Newey.

Carlin then undertook a full campaign in Asia with Manchester, Tincknell and Barnicoat, winning two of the four races and finishing only one point behind the title-winning G-Drive/Algarve squad.