© 2020 Autosport.  All rights reserved.
Previous / Zanardi in serious but stable condition after surgery
Next / Race of My Life: Chandhok on 2008 GP2 Silverstone

Alex Zanardi remains in a stable but serious condition following a handbiking accident, with doctors hoping to evaluate the next stages of his treatment over the next few days.

Ex-Formula 1 driver Zanardi, 53, sustained severe head injuries in an accident during a handbike race in Italy on Friday after colliding with a vehicle on the road.

After being transferred to hospital, Zanardi underwent three hours of neurosurgery and maxillofacial surgery - related to the face - before being placed in a medically-induced coma.

An official bulletin issued on Saturday morning by the Santa Maria alle Scotte said Zanardi had been "transferred to intensive care, has stable hemodynamic and metabolic parameters" following the surgery.

"He is intubated and supported by artificial ventilation while the neurological picture remains serious," the statement added.

Dr. Giuseppe Olivieri, the head of neurosurgery at Siena's Santa Maria alle Scotte hospital, spoke to media later on Saturday to give an update on Zanardi's condition.

"The condition of Alex Zanardi is serious but stable," Dr. Olivieri is quoted as saying by the Associated Press.

"He arrived here with major facial cranial trauma, a smashed face, and a deeply fractured frontal bone [forehead]. The numbers are good, although it remains a very serious situation.

"We won't see what his neurological state is until he wakes up — if he wakes up. Serious condition means it's a situation when someone could die. Improvement takes time in these cases. 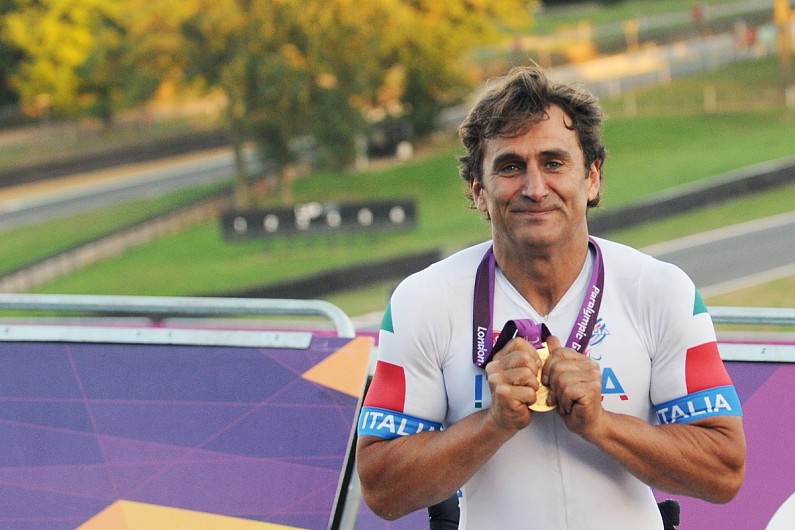 "Turns for the worse can be sudden. The operation went according to the plan. It's the initial situation that was very serious."

Olivieri's comments were followed by an official update from the hospital on Sunday afternoon.

Zanardi "spent the night in conditions of cardio-respiratory and metabolic stability" and his organ functions are "adequate".

"He is always sedated, intubated and mechanically ventilated," the hospital bulletin reads.

"The ongoing neuromonitoring has shown some stability, but this figure must be taken with caution because the neurological picture remains serious.

"The current conditions of general stability still do not allow us to exclude the possibility of adverse events and, therefore, the patient always remains in a reserved prognosis."

On Monday, an official update from the Santa Maria alle Scotte hospital said: "The clinical conditions remain unchanged in the cardio-respiratory and metabolic parameters while the neurological picture remains serious.

"The patient is sedated, intubated and mechanically ventilated and the prognosis is confidential.

"The multidisciplinary team that takes care of him will evaluate in the next few days any diagnostic-therapeutic actions to be taken."

Share this article on Facebook Twitter LinkedIn Email
Previous / Zanardi in serious but stable condition after surgery
Next / Race of My Life: Chandhok on 2008 GP2 Silverstone
© 2020 Autosport