The Formula Renault Eurocup has been reinstated to its former status in the FIA's Formula 1 superlicence points chart.

The series, which for 2019 switched to the FIA-approved Tatuus Regional Formula 3 chassis, was downgraded last December from 18 superlicence points for its champion to 15.

This was despite the Renault Eurocup having a far bigger grid in 2019 than its main rival, the FIA-sanctioned Formula Regional European Championship, which retained its status of 25 points for its champion for 2020.

The FIA's downgrading of the Renault Eurocup for 2020 attracted adverse comment in the industry, and Autosport understands that among those lobbying for its reinstatement to 18 points was the governing body's own Drivers' Commission.

The decision to move back to 18 points for the champion was taken at the recent FIA World Motor Sport Council following an e-vote.

Renault Sport commercial chief Benoit Nogier told Autosport: "We are very happy and satisfied because since we discovered the change in December we were a bit worried and did not really understand what happened.

"We did a very good first year [with the Regional F3 chassis] respecting all the regulations.

"First of all the 18 points are back, but also we have clarified what was the point of view of the FIA about the championship - now we exactly know which parameters they take into account to decide the points for the championship." 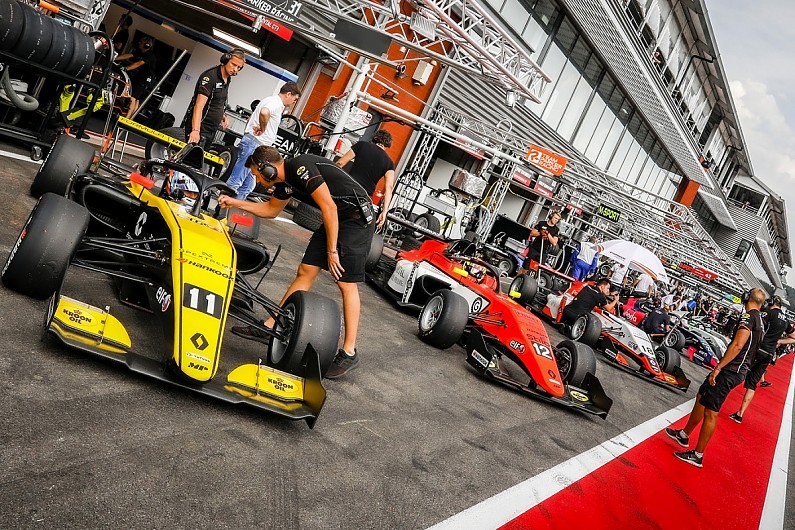 The Eurocup managed to squeeze in a two-day test at Valencia just before Europe closed down as it reacts to the coronavirus pandemic, with 26 drivers taking part.

Renault F1 Junior Caio Collet, who is managed by FIA president Jean Todt's son Nicolas, was quickest with R-ace GP, with 2019 Eurocup runner-up Victor Martins second fastest with ART Grand Prix, the single-seater giant that is returning to FRenault - in which it came to prominence under its former name of ASM - for the first time in two decades.

Third fastest was ex-Formula 4 ace Mikhail Belov with Belgian squad M2 Competition, although the Russian is not one of the 17 drivers to have been confirmed for the Renault Eurocup this season.

"The situation looked very good before what is happening now [with coronavirus]," said Nogier.

"At the Valencia test six or seven drivers were discussing the final elements of their contracts with the teams.

"The goal for us is to have 22 drivers at least on the grid - we will see what we can do and it seems we are on the right line for that."

The Eurocup is set to follow the GT World Challenge Europe at seven dates, with the current scheduled opener being at Zandvoort at the end of June.

Other rounds have been rearranged for Hockenheim supporting the DTM in October, Monza with a Creventic 24-Hour Series event, and the new-for-2019 finale at Yas Marina.