Barrichello is the first driver to be confirmed for the new V8-powered category's opener at Sandown on September 20-22.

Although it will be Barrichello's first outing at Sandown, he has achieved plenty of success in Australia in the past - finishing on the podium in Melbourne five times in his F1 career.

It will also mark Barrichello's first competitive outing in a single-seater since his IndyCar season in 2012. The 47-year-old currently races in the Brazilian Stock Cars series.

"Having been to Australia many times during my F1 career, I'm excited to be coming back for the first ever race for S5000," said Barrichello.

"The concept of the S5000 formula is a very interesting one.

"The car looks to be a real challenge, and I look forward to playing my part in its launch.

"It's great to see what will be a resurgence in serious open-wheeler racing in Australia.

"I hear the sight and sound of a five-litre V8 in the back of the S5000 is pretty awesome.

"I've never been to the Sandown circuit before, so there will be much to absorb, but it looks like a great venue for the S5000s to make their debut. It's going to be a great experience."

Category manager Chris Lambden said he was looking forward to seeing "racer's racer" Barrichello in one of the 560-horsepower cars.

"We're thrilled that a driver of Rubens' pedigree is coming to Melbourne to compete in the first ever S5000 race," said Lambden. 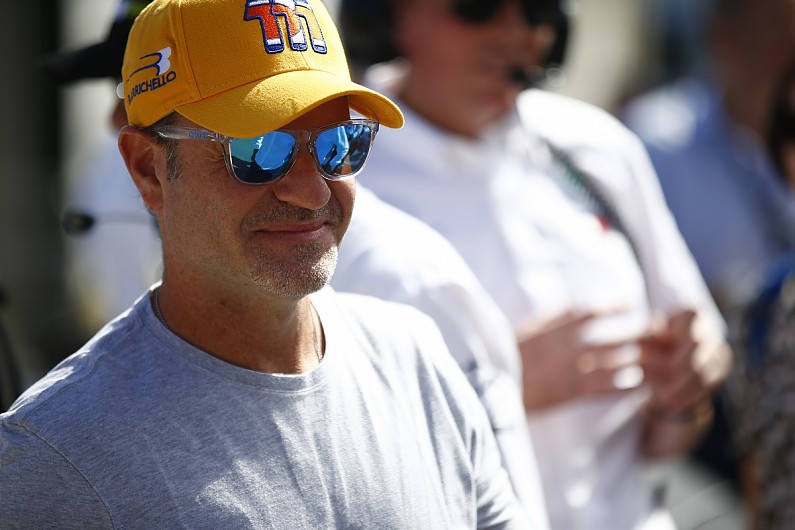 "When we set out to create a top-level single-seater race category for Australia, tailored to the Australian V8 psyche, we hoped that it would provide an incentive to re-focus a spotlight on a form of racing that has slipped out of the limelight over recent years.

"Rubens has stayed very much on his game since he last raced in F1 and Indycar - the Brazilian 'Stock Car' Championship is in fact a touring car category not unlike Australia's Supercars series, but using identical V8-powered Chevrolet Cruze cars, with a 32-car grid and an array of famous Brazilians at the wheel.

"So he'll be right at home in an S5000, and a top-quality target for Australia's young hopefuls and more experienced racers to measure themselves against."