Bolt drove the ex-Cam McConville Porsche as part of the development for freshly-formed 23Red Racing's step into Supercars and Carrera Cup next season.

The test came about thanks to former Australian athletics star John Steffensen, a good friend of Bolt's, who has been racing a Porsche in the second-tier GT3 Cup Challenge series down under.

Steffensen will step up to Carrera Cup with 23Red Racing next season, creating a link between the team and the famous Jamaican sprinting star.

"Usain did a great job for his first time in the Porsche 911 GT3 Cup car," said Steffensen.

"There's a fair bit to absorb in that situation and he really did impress with his ability to get up to speed and, in the end, was turning some respectable lap times."

"Usain was eager to get into a race car and it was great to be able to facilitate this earlier in the week at Winton," explained new 23Red Racing team director McConville.

"He didn't put a foot wrong all day and didn't go off the road at all. He absolutely loved the experience.

"I took him around for five laps in the Porsche before I sat with him for two five-lap runs. He then took John for five more laps and then did a 10-lap run by himself.

"He got down to lap times in the 1m30s, which is competitive. Given a couple more days in the car and I think he would be on the pace.

"I was actually surprised by how well he did, but like any athlete of that calibre, he has tremendous reflexes and hand-eye coordination so it's just a matter of teaching him the feel of the race at." 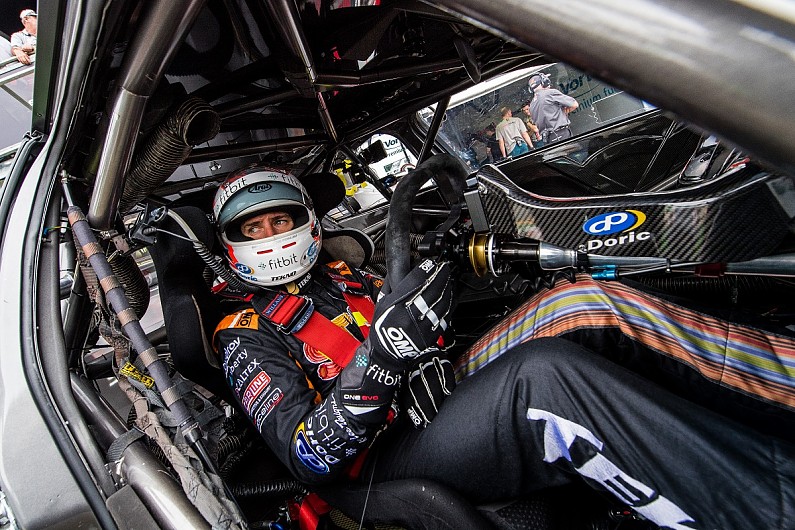 Double Bathurst 1000 winner Will Davison has emerged as a surprise favourite for 23Red's Supercars seat.

The new team was launched in Newcastle on Thursday morning, with confirmation that the LD Motorsport outfit will be reinvented thanks to an ownership change and a switch from running two Holden Commodores to a single Ford Falcon.

Autosport understands that a deal is in place for Davison to make a surprise move to the squad.

Davison is coming off the back of a difficult second season with the single-car Tekno team, and admitted on social media earlier this week that there was a risk he would be out of a full-time drive.

Though his management was unable to comment when contacted by Autosport, Davison appears to have picked up a late lifeline with 23Red and will be on the grid full-time next season after all.