After several years lying dormant, it has been totally rebuilt by F1 specialist Liaz Jakhara of Zul Racing in Derby.

Tyrrell’s father worked for his John Hopkins University room-mate Bill Wolf, whose Motion Systems business was a team sponsor of Tyrrell Racing in the turbo era of the 1980s.

“As a teenager, I was invited to the 1985 Detroit GP and given a job as Martin Brundle’s pitboard man,” said Tyrrell.

“I was blown away by the experience and, from that moment, I was going to be an F1 driver.

“Bill bought chassis 011/6 and 011/4 [in which Alboreto won the 1983 Detroit GP, the 155th and last frontline F1 win for the Ford-badged Cosworth DFV engine and the final win for the Tyrrell team] and when I went to his home in New Jersey I sat in 6. I vowed to own it one day and my dream has become reality.” 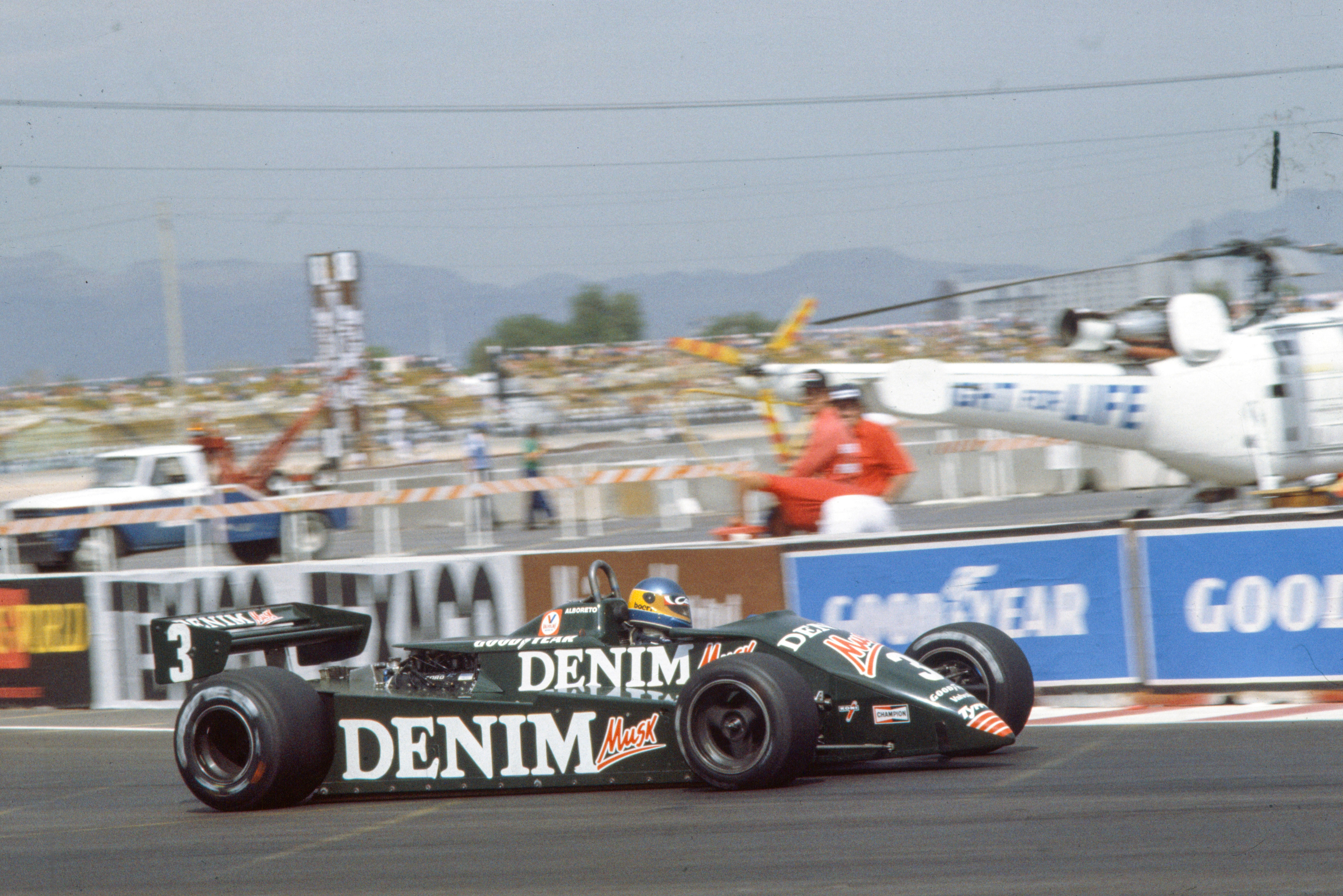 Michele Alboreto won with Tyrrell 011/6 at the Caesars Palace Grand Prix in 1982.

Having rented a Formula Atlantic car to renew his race licence earlier this year, former SCCA Formula Ford 1600 and sportscar racer Tyrrell, who did a Jim Russell School course at Snetterton in 1986, tested the 011/6 at Anglesey earlier this month. He completed 38 laps, describing it as “phenomenal”.

PLUS: The last hurrah of two F1 titans

Complete Motorsport Solutions of Kimbolton will run the car in selected Masters Historic F1 events, starting at Brands Hatch for the Masters Historic Festival on 29-30 May, along with team co-founder Ian Simmonds’ ex-Alboreto Tyrrell 012 that was used in the latter part of 1983.

The Silverstone Classic at the end of July is also on Tyrrell’s schedule. Restoration of chassis 011/4 is nearing completion at Mirage Engineering in Norfolk for owner James Hagan.