McGuinness recently passed his ARDS test at Mallory Park and took the opportunity to compete while all international motorcycle road racing remains suspended.

“I went up to see Stuart, to have a look at his trucks, and we were chatting away about this Fun Cup,” said McGuinness.

“I looked at the dates and this worked. I thought with what’s going on, I’d just get one in and then at least we can see how I like it.

“You look at a Fun Cup car and you think, ‘They look a bit odd, don’t they?’ You get in it and it feels right. The shift, the brake… down Craner Curves and into the Old Hairpin and McLeans, it’s happening – you’ve got to hold onto it.

“I went out on the track and people were passing me and I was stressing a bit. But once I settled down I just thought, ‘I’m going to watch what he does.’”

In wet conditions, McGuinness and Peat finished 12th out of 25 in the GT Radial car they shared with Ellis Hadley. 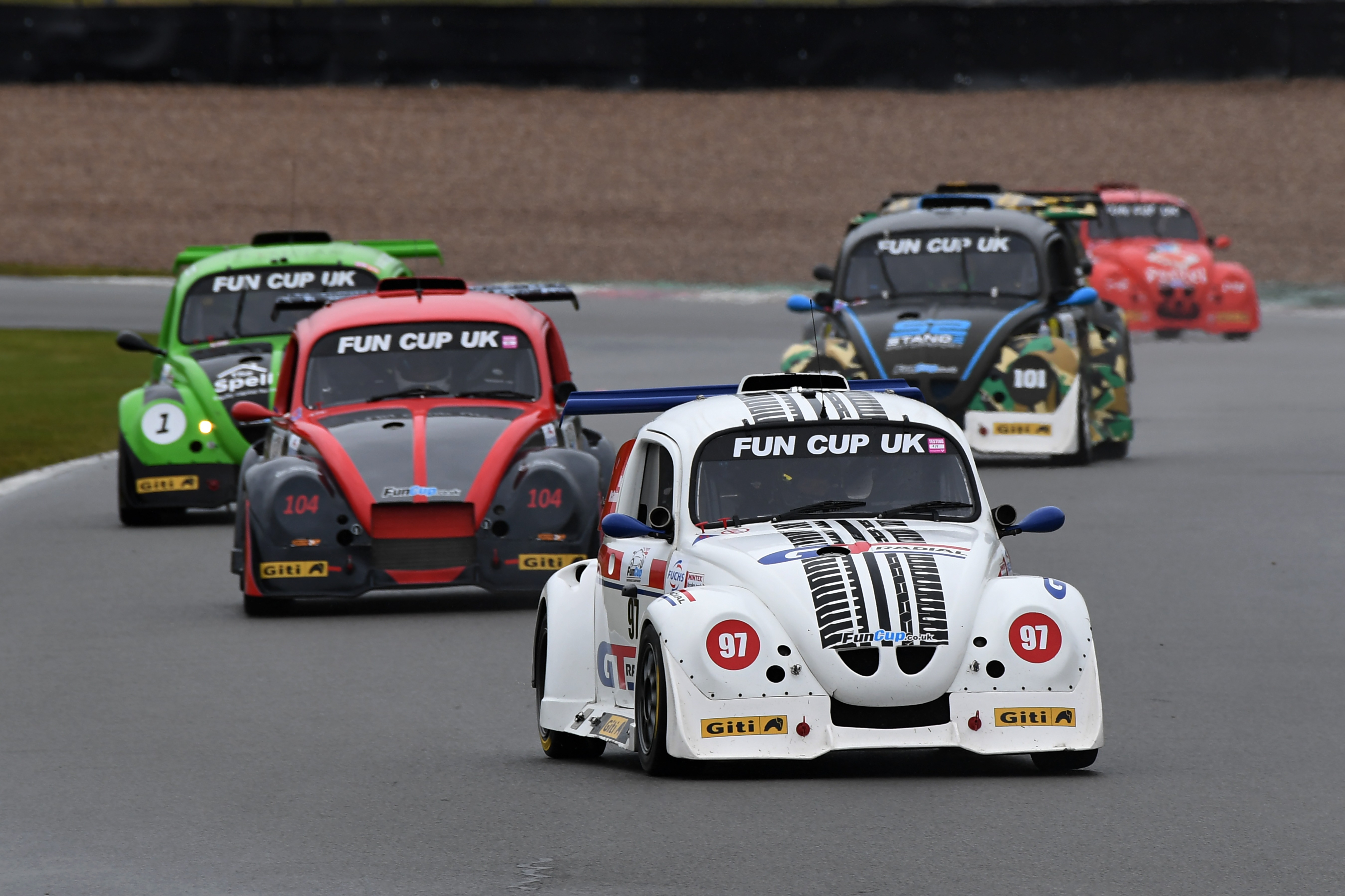 “I really did enjoy it,” said McGuinness. “I’m just like a fish out of water though.

“I’m trying my best and people are passing me and they’re sideways and they’re on the kerbs.

“It’s a lot, lot harder than I thought it was going to be and my respect for all the drivers in this Fun Cup has just gone rocketing up.

“On two wheels, you’ve only got such a small contact patch – we’re just always trying to keep grip, no sliding, so I’m maybe being a bit conservative.”

After sampling rallycross at Lydden Hill in the RX150 category and Ollie O’Donovan’s Ford Focus Supercar last year, McGuinness has not ruled out further circuit racing appearances on four wheels in the future.

“I still love my bikes,” he said. “I’ve got a little bit of unfinished business.

“My next TT start will be my 100th so there’s a few little areas I want to tidy up there, and then, yeah, maybe… I don’t think my wallet’s big enough for this car racing!”

The 1970s Porsche taking the fight to modern GT3s