Tributes have been paid to Toyota MR2 Championship stalwart Mick Nicholls, who died suddenly last week of a suspected heart attack during testing at Cadwell Park.

The 71-year-old, a fixture of the MR2 category alongside son Stuart and daughter Maxine for more than 10 years, was preparing for the opening round of the season in his MR2 Roadster when he pulled off the circuit during testing on Friday.

He was attended to promptly by the circuit’s medical staff and the air ambulance, but died at the scene.

Nicholls began competing in the championship after his son started to race, and was ever present alongside his wife, Diane.

The family’s cars were prepared by Rogue Motorsport, whose managing director Patrick Mortell is also coordinator of the MR2 Championship and had known Nicholls for his entire time in the category.

“Mick lived for the social side of things,” said Mortell,

“I think he was just as happy in the paddock socialising with people as he was out racing.

"He would race hard, but he liked to think that he was fair and, if he was involved in a collision with somebody, he would always go and talk with them about it afterwards.

“The thing that stands out was he’d go to every awards evening and the highlight for him was getting up on the stage at some point, grabbing the microphone and belting out Mustang Sally, which he seemed to do at every single awards event.” 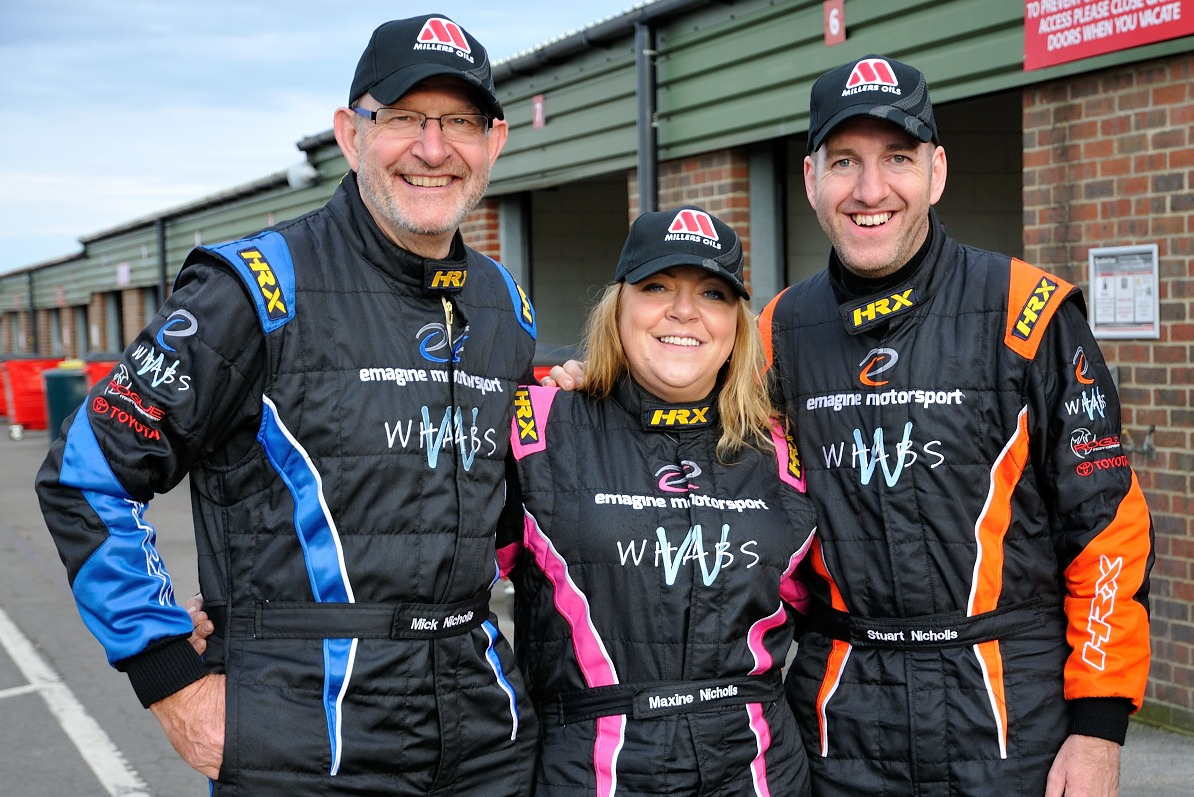 A tribute from the 750 Motor Club, which operates the MR2 Championship, said: “Our thoughts are with Stuart, Maxine, Diane and the rest of Mick’s family at this time.

"Mick was a long-standing and popular competitor with the 750 Motor Club, who had achieved a great deal of success over the years racing primarily in the Toyota MR2 Championship but also Roadsports and Club Enduro and was a regular and enthusiastic Birkett Relay entrant.

“He was a strong competitor on track and a gentleman off it and his loss will be deeply felt throughout the paddock.”

Mortell added he would be keen to honour Nicholls’s memory, and will have discussions with his family about what would be appropriate.

“From an MR2 Championship point of view I’d like to have some award that reflects an aspect of Mick’s contribution to our championship,” he added.

“Mick was into golf, socialising, holidays, he was always doing something and yet his Facebook is just full of his motorsport, his racing. Even though I know how much motorsport the family do, I’m only really just beginning to realise just how deeply it had become part of the fabric of what they did.”

Autosport sends its condolences to Nicholls’s family and friends.