Two-time British Touring Car champion Jason Plato has been absolved of blame for the accident that caused a red flag in the first race of the day at Oulton Park.

Plato’s move on the West Surrey Racing BMW 330i M Sport of Tom Oliphant resulted in the latter spinning across the track at Lodge Corner, and being heavily hit by the Excelr8 Motorsport Hyundai i30 Ns of Chris Smiley and Rick Parfitt.

Oliphant, whose crew are rushing to ready the BMW in time for race two, was furious about the accident and the verdict.

“The move was never on, and it was late,” Oliphant told Autosport.

“Entering the braking zone, he had a car length on me, and as I was turning in he jinked his car to the right, so he knew there was going to be contact. He knows it, I know it.”

But Plato said that the decision vindicated his racing style, and praised series organiser TOCA, which this year has recruited former BTCC race winner James Cole as the series’ driving standards officer.

“This is how I race: it’s a game of chess,” Plato told Autosport.

“If I claim that square – that bit of Tarmac – with my car, then you can’t have it. I know you want it, but you can’t because my car is there and I have it.

“Because I was there, that’s an overtake, and I can have it.” 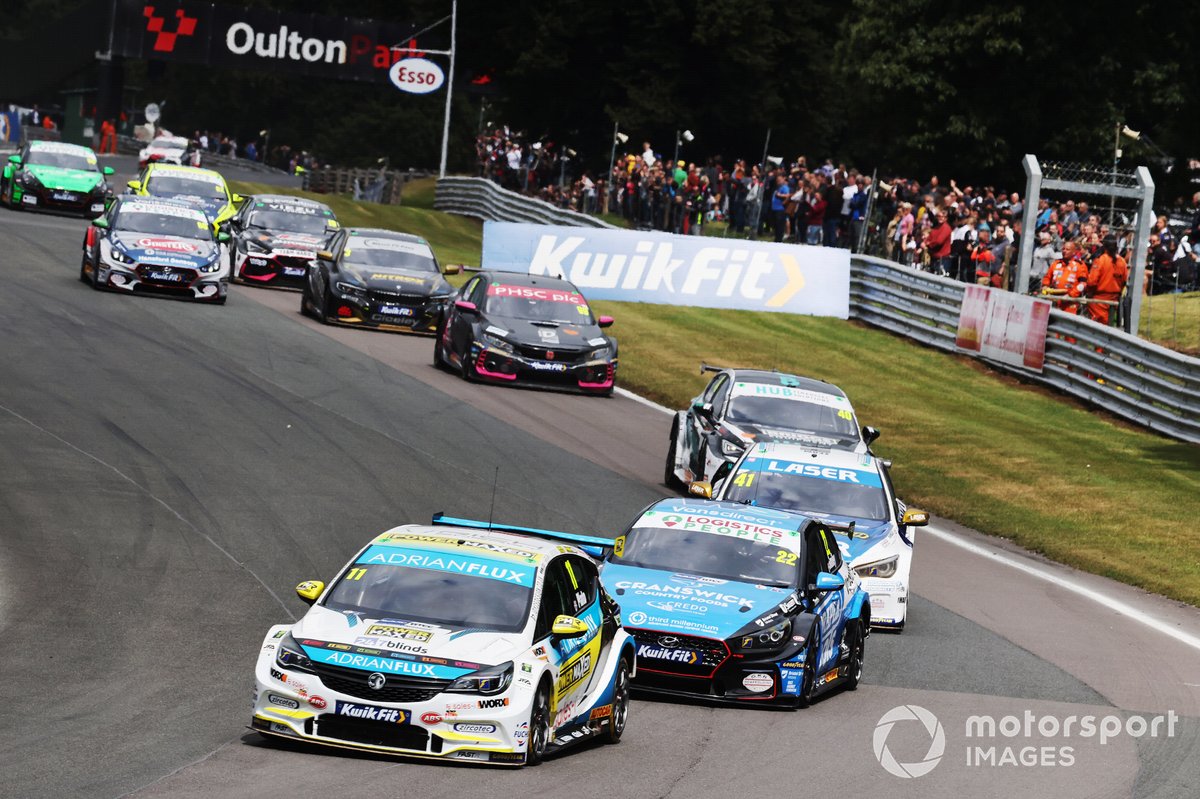 Plato went on to finish seventh after the restart in his Power Maxed Racing Vauxhall Astra, after starting 18th following brake problems in qualifying.

“The championship had got itself into a bit of a rut before: ‘Oh, he’s forced someone off’, but in this case he’s taken himself out,” added Plato.

“They need to learn how to concede; it’s all about giving people racing room, and TOCA are starting to realise this, otherwise there won’t be any racing.”