The new Porsche Sprint Challenge GB category will feature the 718 Cayman GT4 Clubsport - which has a 3.8-litre engine that can produce 425bhp - and has a six-event calendar for its inaugural campaign.

Three events will be held at British GT meetings (Silverstone GP and both Donington Park fixtures), two with the BTCC (Silverstone National and Croft) and the other round will take place alongside Porsche Club GB's two club championships.

Each round will include two races and there will be classes for Pro and Am drivers.

It will become Porsche's second manufacturer-backed UK series. The Porsche Carrera Cup GB already supports the BTCC, but the two categories will run on different weekends.

"We have the Porsche motorsport pyramid and we identified that with Carrera Cup GB we only occupy one level of the pyramid," said Porsche GB motorsport manager James MacNaughton.

"With the launch of the new 718 Cayman GT4 Clubsport we saw that was a great opportunity to fill that out and capture more of Porsche's products in what we do in the UK. "By supporting both TOCA [the BTCC] and British GT we feel we are showcasing the car to the right audiences.

"We will also have one round with the Porsche Club, which will showcase our championship to those people currently taking part in Porsche club racing.

"We've had other things introduced including new experiences at the Porsche Experience Centre, so we've really fleshed out Porsche's activity in Great Britain."

The Cayman, complete with additional MR homologation kit, has contested the GT4 class of British GT this season, as well as the GT Cup. 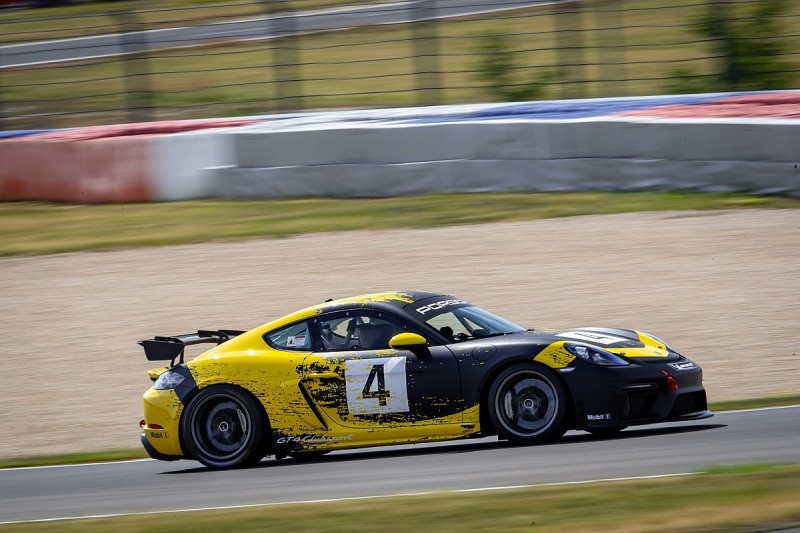 At a time of great political and economic uncertainty, it's great to see a major manufacturer investing in British motorsport.

Porsche has a proven track record in the UK with its Carrera Cup GB series having a good reputation for being a well-run category and it has often boasted the largest grids among the British Touring Car support series in recent years, although numbers have dropped a little this term.

And Porsche has approached the introduction of its new Sprint Challenge series for the Cayman in exactly the right way. It's consulted with its existing teams and it's positioned the series in front of three key audiences with it running alongside the BTCC, British GT and Porsche's Club championships.

There has also been a significant amount of interest in the new championship from prospective entries and, with the Carrera Cup being a notoriously tricky series for inexperienced drivers, the introduction of a step below this makes perfect sense.

But there is one question. British GT's GT4 class has grown massively over recent years and, with the ability to share a car and split the costs, will that still prove a more attractive option?

Nevertheless, given there will be no Balance of Performance arguments in the Porsche Sprint Challenge GB and considering Porsche's renowned ability to produce successful race cars, this new series could do very well indeed.