National novelties: Nine up for busy Mairs and a special VW Golf

From one driver contesting NINE races at one event, to another who had a slightly unusual reason for missing one of his, here are some of the more offbeat stories from the world of national motorsport this week

An even busier weekend: Ivor Mairs

You may recall that we previously featured the exploits of Ivor Mairs, when he took part in seven races at the 750 Motor Club's Brands Hatch meeting in July.

Well, he went better than that last weekend as he contested an incredible nine of the 21 750MC races at Anglesey with his total track time, including three qualifying sessions, adding up to three hours.

The retired water-skiing instructor took in all three triple-header fixtures for BMWs and Hot Hatches (aboard his regular 325ti), and Porsches - in a 924 rented from Victoria Garage Motorsport.

In the BMW Car Club Racing category, which required his car to be fitted with 34kgs of ballast, the 60-year-old from Coleraine took a pair of Cup class wins. 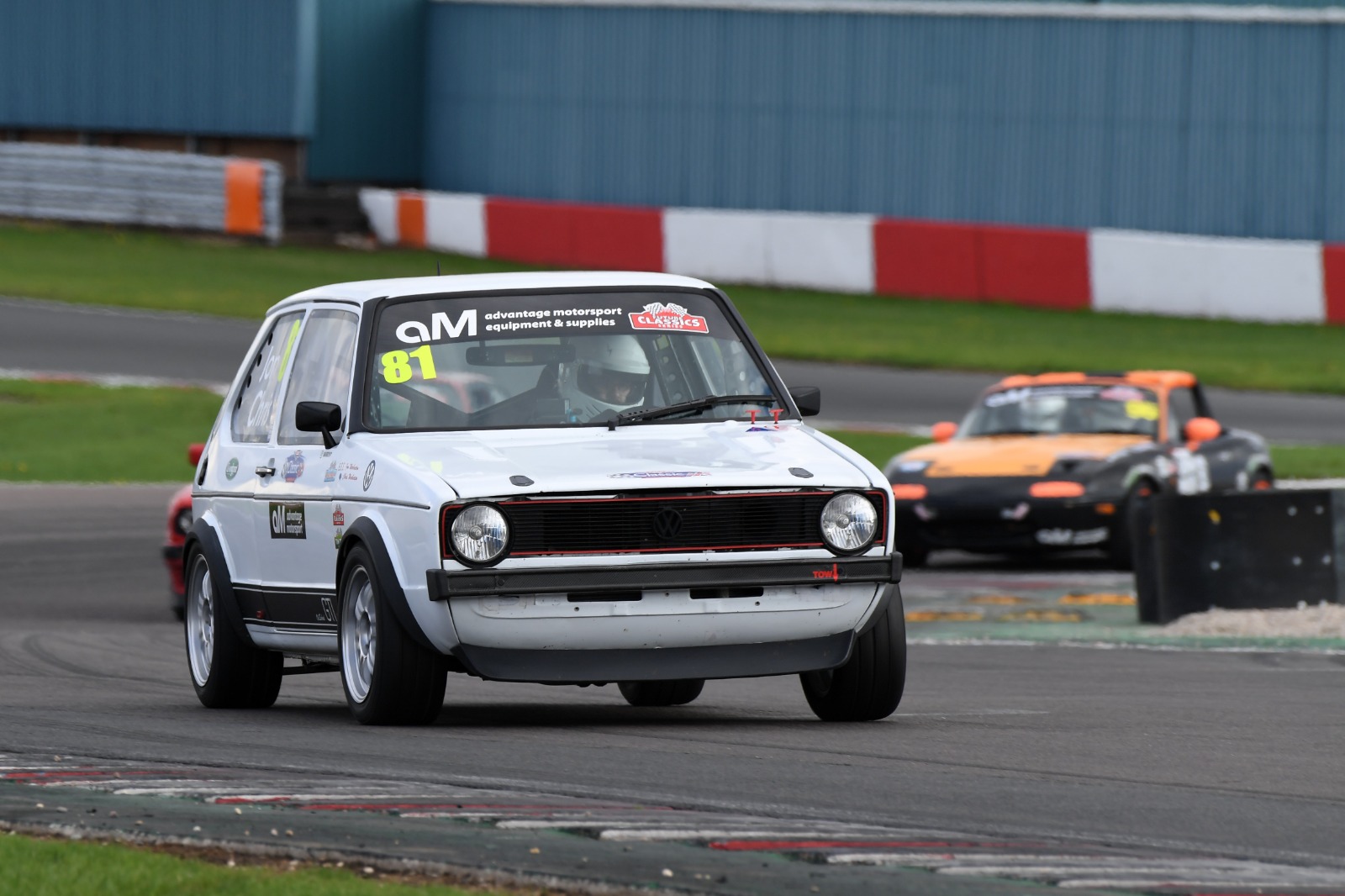 Father and son Jon and Chris Warburton’s 1983 VW Golf GTI - reconfigured in left-hand drive for better balance and with a carbonfibre roof among lightening measures since Jon won the 1994 Toyo Tyres saloon championship in it - continued its giant-slaying form at Donington Park on Saturday, finishing fourth in the Future Classics race.

Despite its Jenvey throttle-bodied engine only making just over 180bhp at its flywheel, the Golf is agile and immensely drivable.

In one of the day’s best overtaking manoeuvres, Chris briefly repassed Tim Bates’s Porsche 911 and Mark Chilton’s ill-fated Nissan Skyline in one fell swoop amid traffic at McLeans. 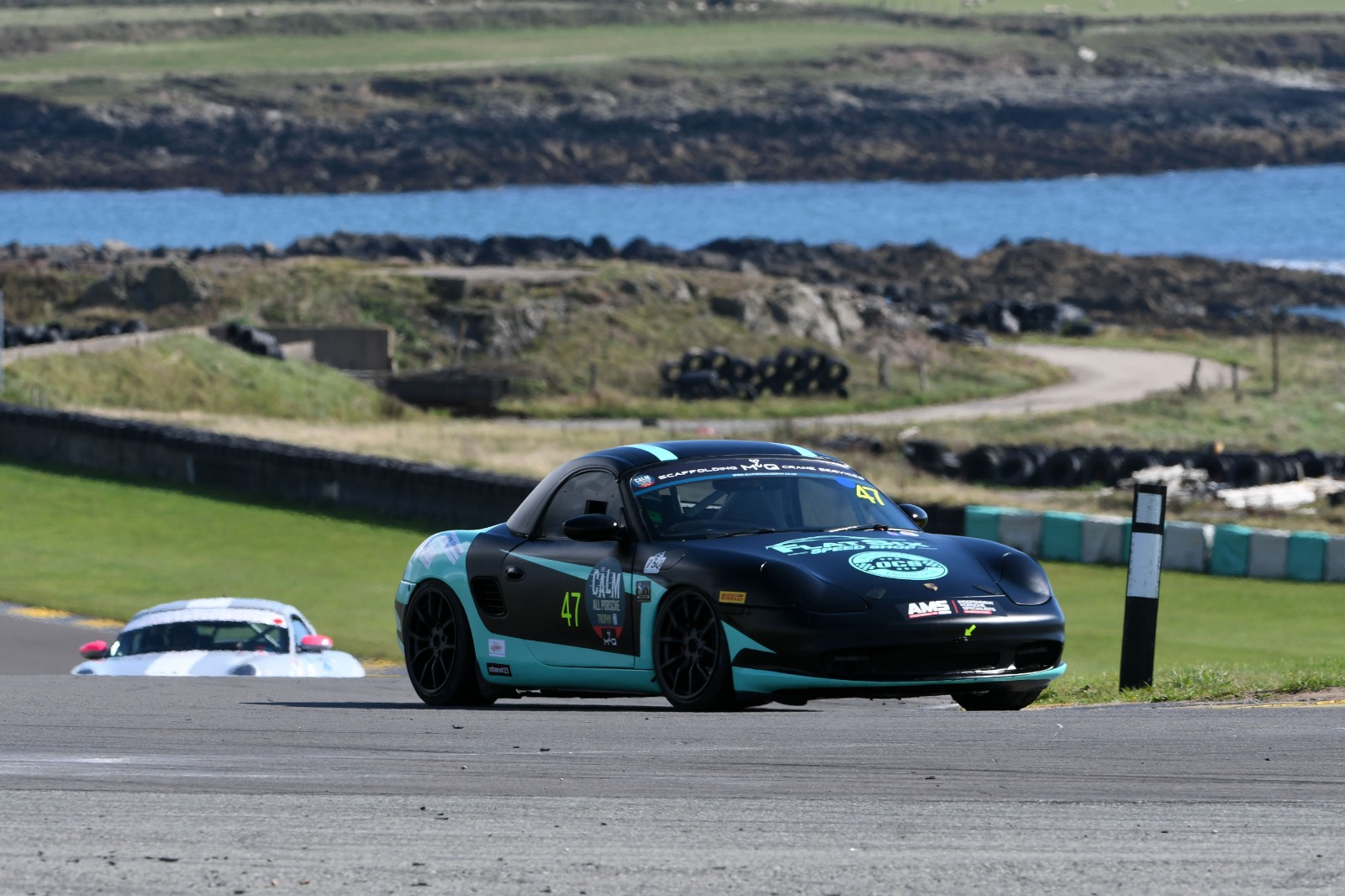 James Coleman missed Sunday’s 40-minute CALM All Porsche Trophy race at Anglesey for a rather unusual reason - “because I’d promised the kids I’d take them to the beach”.

He said: “We’d travelled a long way as a family, so I put them first and went for a stroll on the beach nearby, bought them an ice cream and still got back in time to watch the second half of the enduro race.” 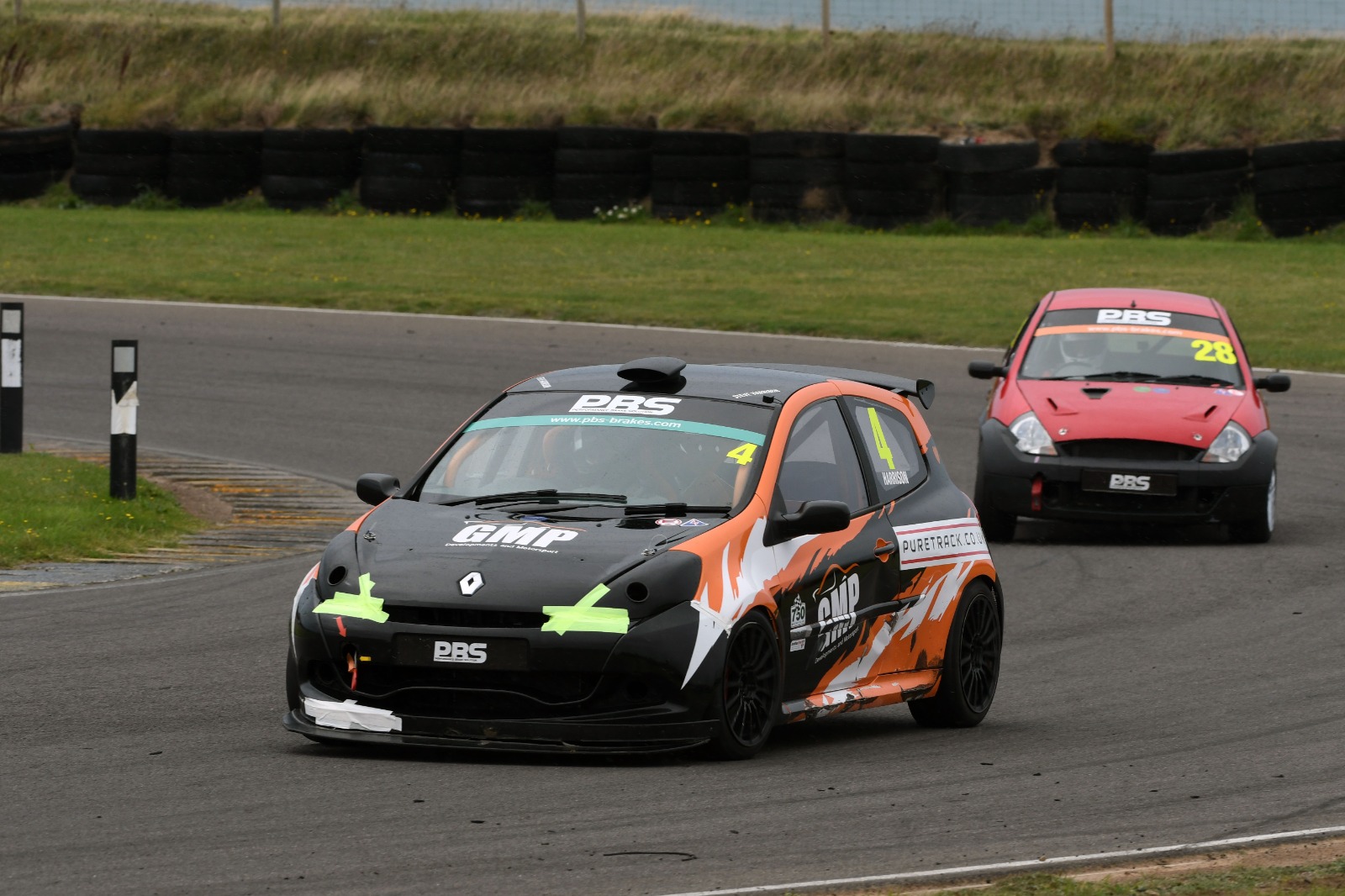 A clutch failure in Friday testing resulted in a 350-mile round trip overnight to Lincoln to collect a new component before having it fitted early Saturday morning.

The 32-year-old, a projects manager for a chocolate manufacturer, then retired his Renault Clio from races one and two, with electrical gremlins and then broken bonnet pins caused by contact with another car.

In race three, it was third time lucky with a ninth-place finish, and third in class, from 22nd on the grid. 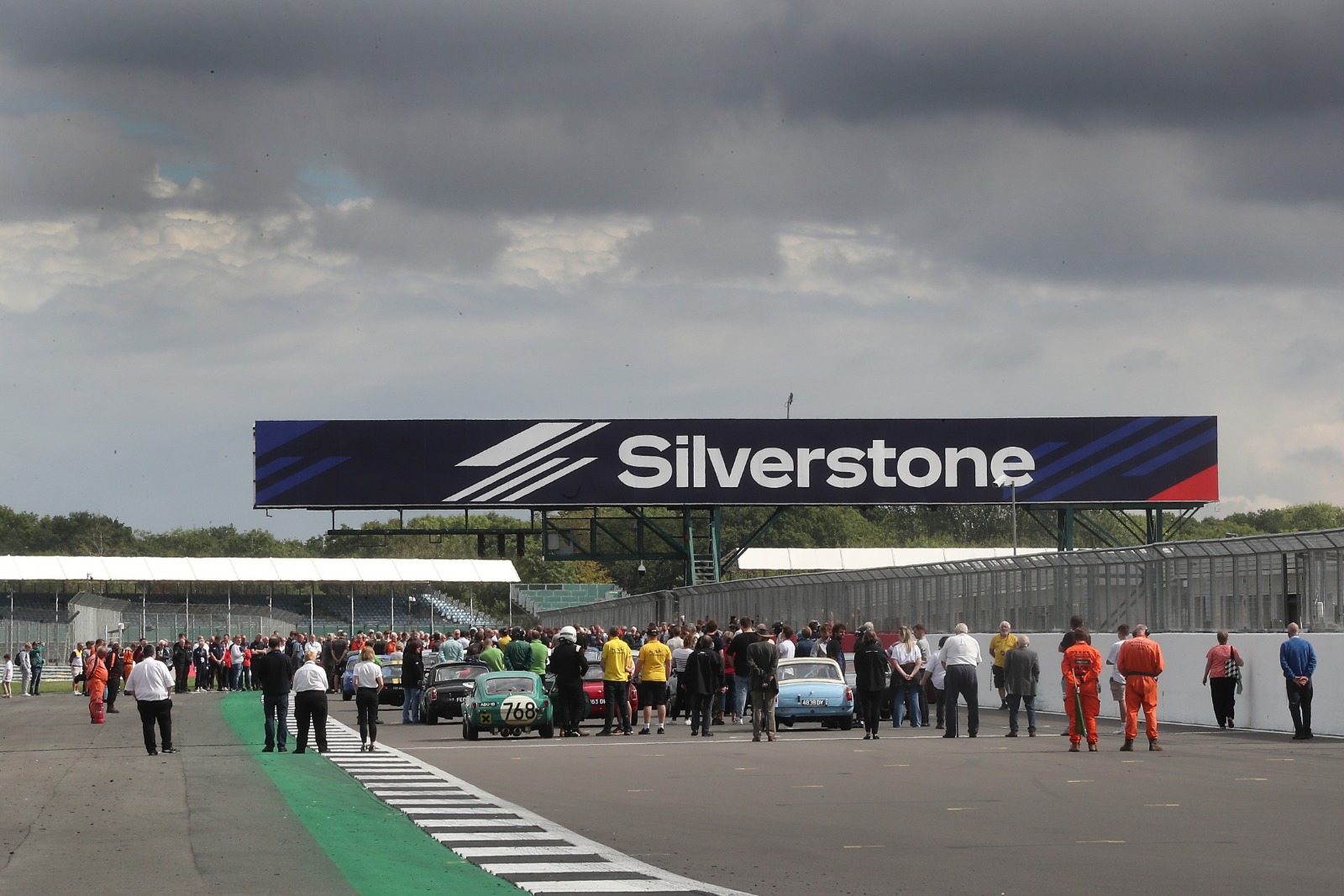 There were poignant tributes to Queen Elizabeth II last weekend, including this two-minute silence before racing at Silverstone 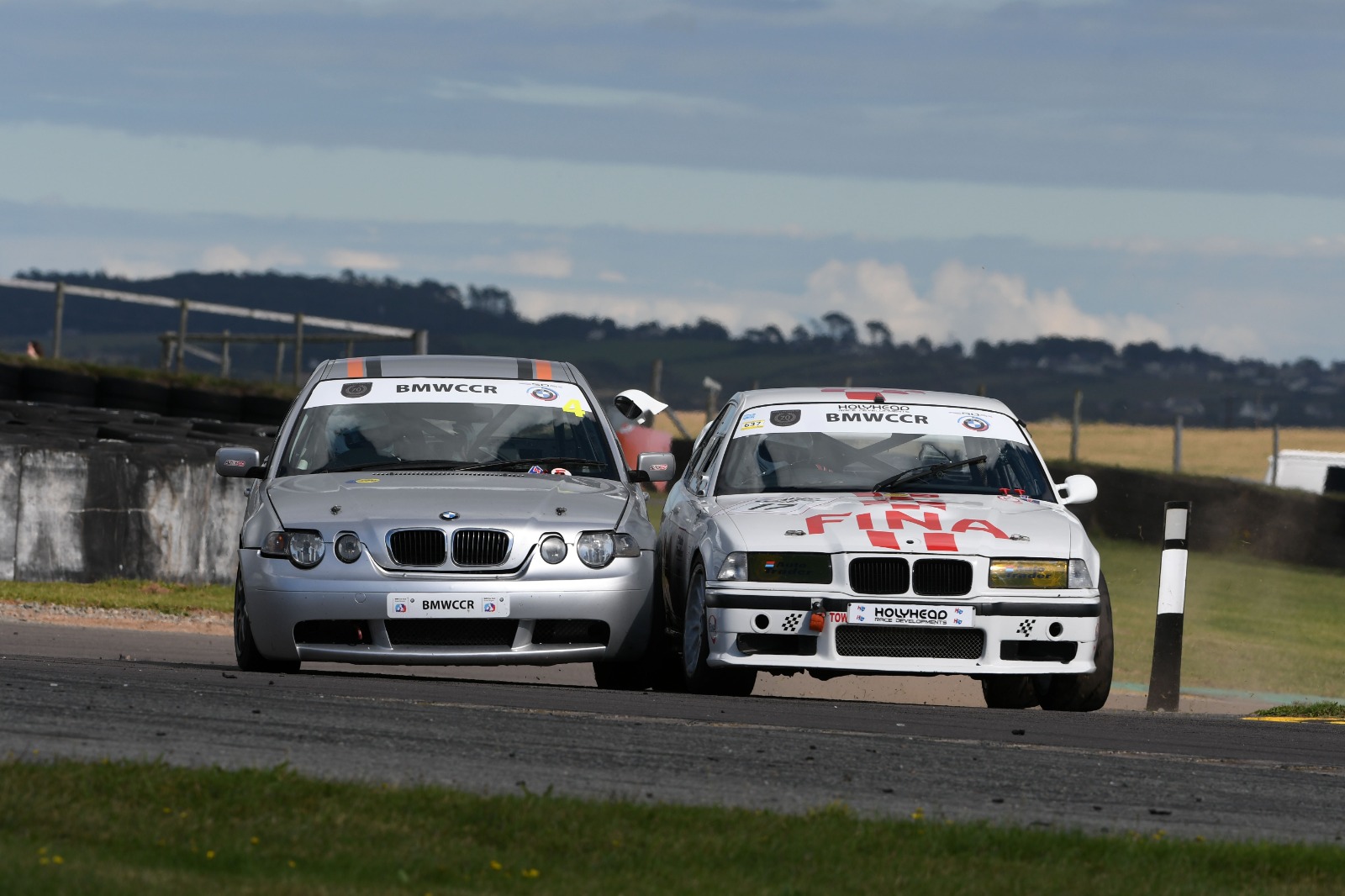