The Leicestershire circuit, which has been under the ownership of Real Motorsport Limited for less than a year, has booked in six weekends for next season with events from the UK's leading organising clubs.

Real saved the venue from closure when it took charge last December, ending a long-running noise row that took the previous operating company into liquidation.

That has enabled Real to keep the circuit afloat and begin the process of putting together a complete calendar for next year.

"It's been 24-7 since February really," said Real co-owner Eddie Roberts. "I'm absolutely burned out. It's been a lot of hard work.

"It's like anything in business, once it's been down it takes a while to come back up again. It's looking a lot better now."

The circuit's traditional Plum Pudding event will return on Boxing Day with four car and four bike races run by Club Mallory, ahead of next year's much-expanded calendar.

Roberts, who had initially hoped for 10 meetings next year, believes the circuit is almost back on its feet again.

"It seems now we've turned the corner we needed," he added. "People are believing in Mallory again.

"I'm so happy we've got so many people coming back. It's very encouraging." 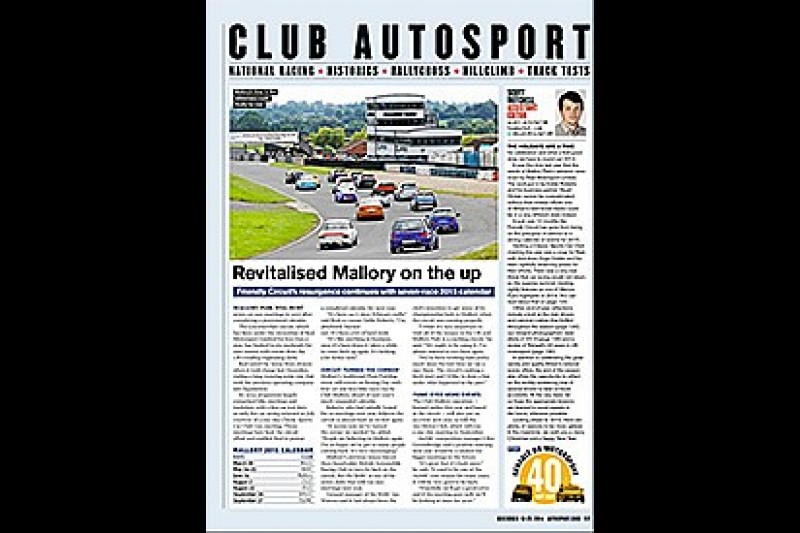 Mallory's previous issues forced then-leaseholder British Automobile Racing Club to turn its back on the circuit, but the BARC is one of the seven clubs that will run race meetings next year.

The Club Mallory operation - formed earlier this year and based at the circuit - will also put on an event next year, as will the 750 Motor Club, which will run a one-day meeting in August.

For more on this story, including our reaction and the views of two of Britain's leading organising clubs, check out this week's issue of AUTOSPORT

Bryan Herta's son Colton to race in MSA Formula in 2015