BRDC Formula 4 founder Jonathan Palmer says the series will fill the void left by British Formula 3 next season, following the launch of its new car

Series promoter MSV unveiled the new BRDC F4 car, which will make its race debut later this year, at last weekend's Silverstone round.

The Tatuus-Cosworth MSV F4-16 will be 45bhp more powerful than the current model and has upgraded aerodynamics, having been designed to move it away from British FIA F4 category MSA Formula.

"In reality, this is in all but name the new British F3," said Palmer.

"I think this kind of spec car, 230bhp, which is where F3 has been until the latest band of engines, is pretty similar.

"We thought we'd evolve the car, take it up substantially on performance, not try and chase the 15-year-olds - we haven't had them this year and it's not harmed us - but have a formula that can be a step up from FIA F4.

"We've got F3 safety standards [but] the downforce won't be as much. It'll be significantly less downforce than an F3 car but that's not necessarily a bad thing.

"I'm absolutely thrilled with the car. We deliberated for a long time to see exactly where we should pitch it.

"We knew an obvious thing was to take it at the same level as the FIA F4 spec and we could have run the same car as Italy with the Abarth turbo engine.

"[But] we thought the most sensible thing to do was take the thing to a different level of performance, which I think has got a bigger market."

The new BRDC F4 car, which is also 20kg lighter than the current machine, will be introduced for MSV's two-round Autumn Trophy in November, with 24 cars already sold.

"Ultimately it's going to be the fastest single-seater series in the UK."

Richard Ollerenshaw, who runs the Hillspeed team, said the car "surpassed all of our expectations".

He added: "This new F4 car will perfectly fill the gap in the market in the UK." 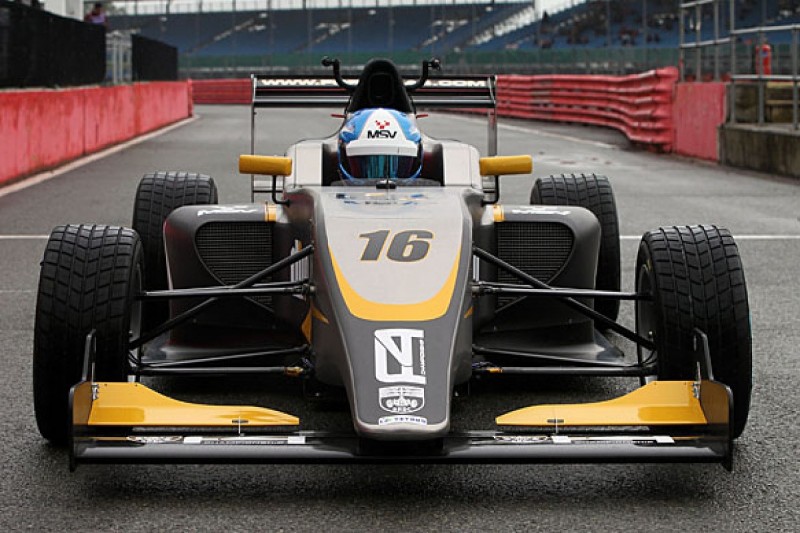