The Winfield Racing School is to run a three-round, nine-race Formula 4 series - entitled Winfield Winter Selection - at the Paul Ricard circuit in January 2016, with the prize of a full season in FIA F4 next season with top Italian squad Prema Powerteam, most likely majoring on the Italian or German series.

Former Lotus F1 marketing heads Fred Garcia and Anne-Charlotte Remy, together with Gravity Sport Management's Gwenael Lagrue, are behind the return of Winfield, which became famous from the 1960s to the '80s under the stewardship of Britons Mike and Richard Knight and Simon de Lautour, along with famed constructor Tico Martini. 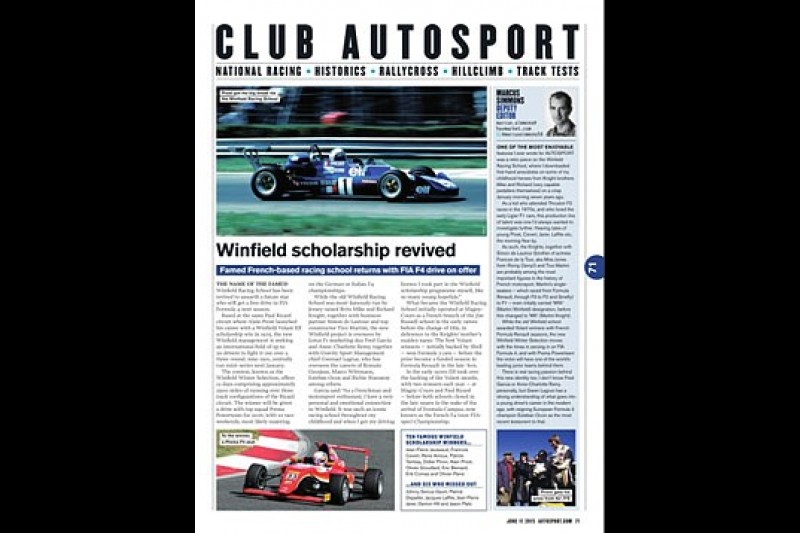 While the majority of Volant winners won full seasons in French Formula Renault, the new Winfield school is using F4 as its basis.

The Winfield Winter Selection offers 12 days of running, with testing, practice, qualifying and racing adding up to approximately 2500 miles. The three race 'events' will be run on three different configurations of the Ricard venue, where Prost won his Volant Elf in 1975.

Garcia said: "As a Frenchman and motorsport enthusiast, I have a very personal and emotional connection to Winfield.

"It was such an iconic racing school throughout my childhood, and when I got my driving licence I took part in the Winfield scholarship programme myself, like so many young hopefuls."

For more on the Winfield revival plus MARCUS SIMMONS's verdict on the plans, see this week's AUTOSPORT magazine - available in shops and online

10 reasons to go to Goodwood