The team has built the FWD kart alongside a more traditional rear-engined machine for its junior and senior classes.

It plans to run its own non-MSA permitted, 10-round championship from next season with the ultimate aim of developing drivers through the academy to BTCC seats within five years.

The senior class winner will be handed £50,000 towards their budget for the 2017 season, likely to be in the Ginetta GT4 Supercup.

The winner of the front-engined category will graduate into the Renault UK Clio Cup with the team, worth up to £100,000.

"The goal is to bring the youth through," said BMR boss Warren Scott. "In the early stages of our racing careers, we didn't really get a direction of where we were to go.

"The British Touring Car paddock is a realistic goal for people in this country, whereas Formula 1 and GP2 aren't.

"People spend tens of thousands of pounds each year on karting. I'm not saying that this series will be cheap but there's real possibilities going further.

"There will be experienced drivers such as [BMR touring car racer] Aron Smith giving you advice and talking you through how to improve along with a full-motion simulator.

"It's a real opportunity for progression." 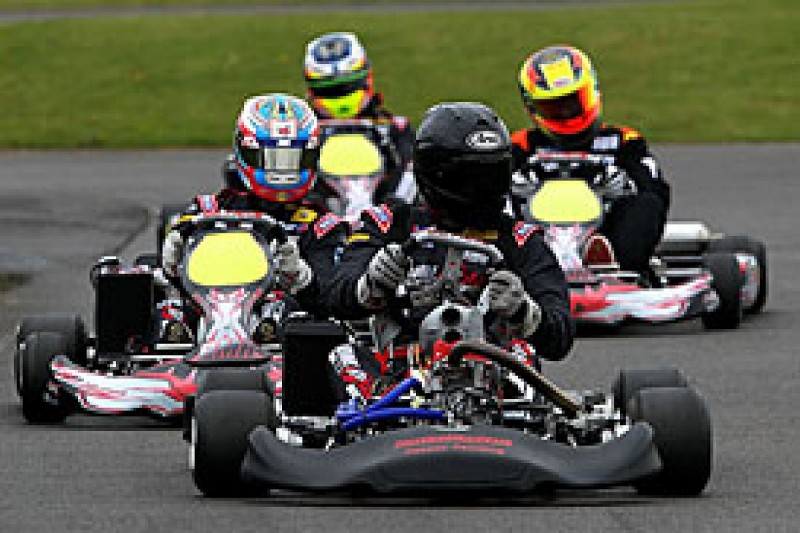 Smith, who has led the project since he joined the team in 2014, said the front-engined kart handles much like a touring car.

"The kart really is like a scaled down car, with mini wishbones, caster, camber, toe which is exactly what we could alter on the touring car," he said. "It's phenomenal just how close the set-up of the two is.

"The driving style of the kart is completely different to what you would experience in the rear-wheel-drive kart.

"Making that transition from the kart into their first tin-top such as a Clio will be so much easier because they've already learnt the throttle application, lift-off oversteer and just being able to control the car properly."

Scott's team has expanded rapidly since joining the BTCC as a one-car outfit in 2013.

This year it lured Colin Turkington and Jason Plato to the fold, and has won three of the opening nine races in 2015.