Turner suffered life-changing injuries in the crash during the Last Chance race in wet conditions at the Silverstone event, when he collected the spun car of Dean Forward on the pitstraight.

The 70-year-old former RAF pilot was initially treated at a hospital in Coventry, where surgeons amputated both of his legs above the ankle, before being transferred to Dumfries.

Turner, who is a keen cyclist and fitness enthusiast, then underwent a second amputation, which he feels should help him return to his normal physical activity.

"After the accident, they couldn't fit a prosthesis to my left leg at all," Turner told Autosport. "Then, for the right leg, they could have fitted a prosthesis there but there was no guarantee that I'd be able to go back to where I was before.

"So, to get the mobility level I was after, they amputated both legs further up and fitted new prostheses."

Since his second operation, Turner has been fitted with a prosthesis at the knee, meaning that he has been able to move from crutches to walking sticks, leaving him feeling "confident" as the weeks have gone by. 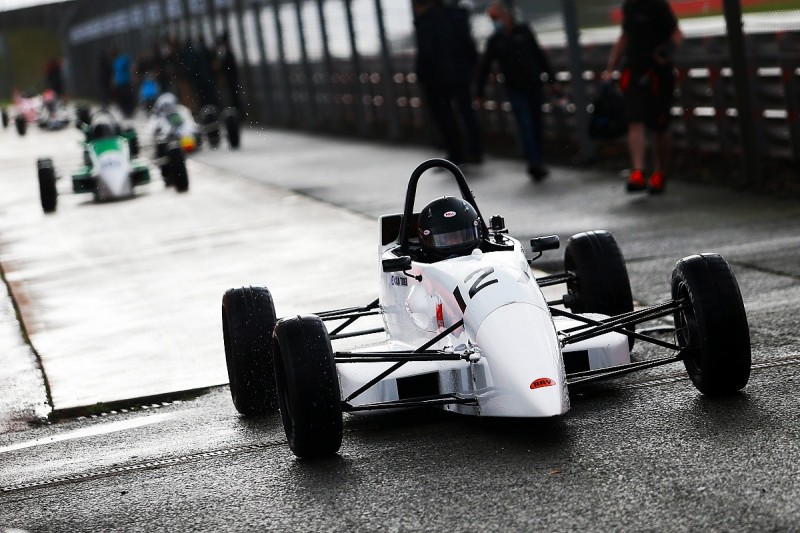 Turner added: "I've had my new legs about two weeks now, and I've progressed from getting them on and thinking, 'Oh my goodness, how am I going to walk in these?' to walking with crutches, being quite confident with them and now moving onto walking sticks."

Turner says he is hopeful of being discharged from hospital this week and is already plotting a way back to driving.

"The one thing I would 100% want to do is go back to the Walter Hayes - that's the only thing I really set my heart on," Turner said.

"Anything else I can fit in before that, perfect. I'll take what I can get.

"I've got a new chassis, through a friend I've got my gearbox refurbished, which Neil [Broome, fellow Scottish FF1600 racer] kindly took down to Silverstone when he took his own down. And then there's the engine, which was brand new, but needed to be checked due to the severity of the accident.

"But in the next couple of months, I should have a car there waiting for me, so it's just a case of when I'm ready now."

Turner also extended his thanks to the racing community for their support through a JustGiving page, to which over £46,000 has already been donated.