Last summer’s announcement that the Silverstone Classic behemoth would take the August Bank Holiday weekend – long occupied by the Oulton Park Gold Cup event, also administrated by the Historic Sports Car Club – in 2022 stirred a hornets’ nest. In reality, the fixture swap that ensued, with circuit group owner MotorSport Vision “curating” the Gold Cup race programme, appeared to be on the right track.

Disappointingly, however, spectator attendance at the new-look Gold Cup event at the end of last month appeared to be down. Mixed weather in the north-west would have deterred ‘floating voters’ who decide on the day, but the date shift to the start of the UK’s school summer break – when COVID-19 and subsequent travel restrictions meant families had not had holidays for two years – and current sky-high fuel and domestic energy costs inevitably contributed. All are beyond organisers’ control.

Many competitors are currently feeling the pinch in terms of disposable income. Hence entry levels in some races, including several invited grids from outside the HSCC’s portfolio, were not particularly inspiring. “It’s the way of the world at the moment,” said club CEO Andy Dee-Crowne, at the helm of its boat through unprecedentedly turbulent waters for three years now. I feel his pain, more so since last Saturday’s poorly supported one-dayer for in-house grids that missed the Gold Cup cut.

However statistics are spun – “370 entries” across 18 races and 12 grids sounded strong – it didn’t look that way in the paddock, or from the spectator banks. Just as advertising licence brings ‘1000-plus entries’ for the Silverstone Classic, tallying double-headers twice doesn’t fool the cognoscenti. Some 266 competitors took part in qualifying at Oulton. As ever, social media streams were not lacking opinion as eventgoers and enthusiasts had their say. 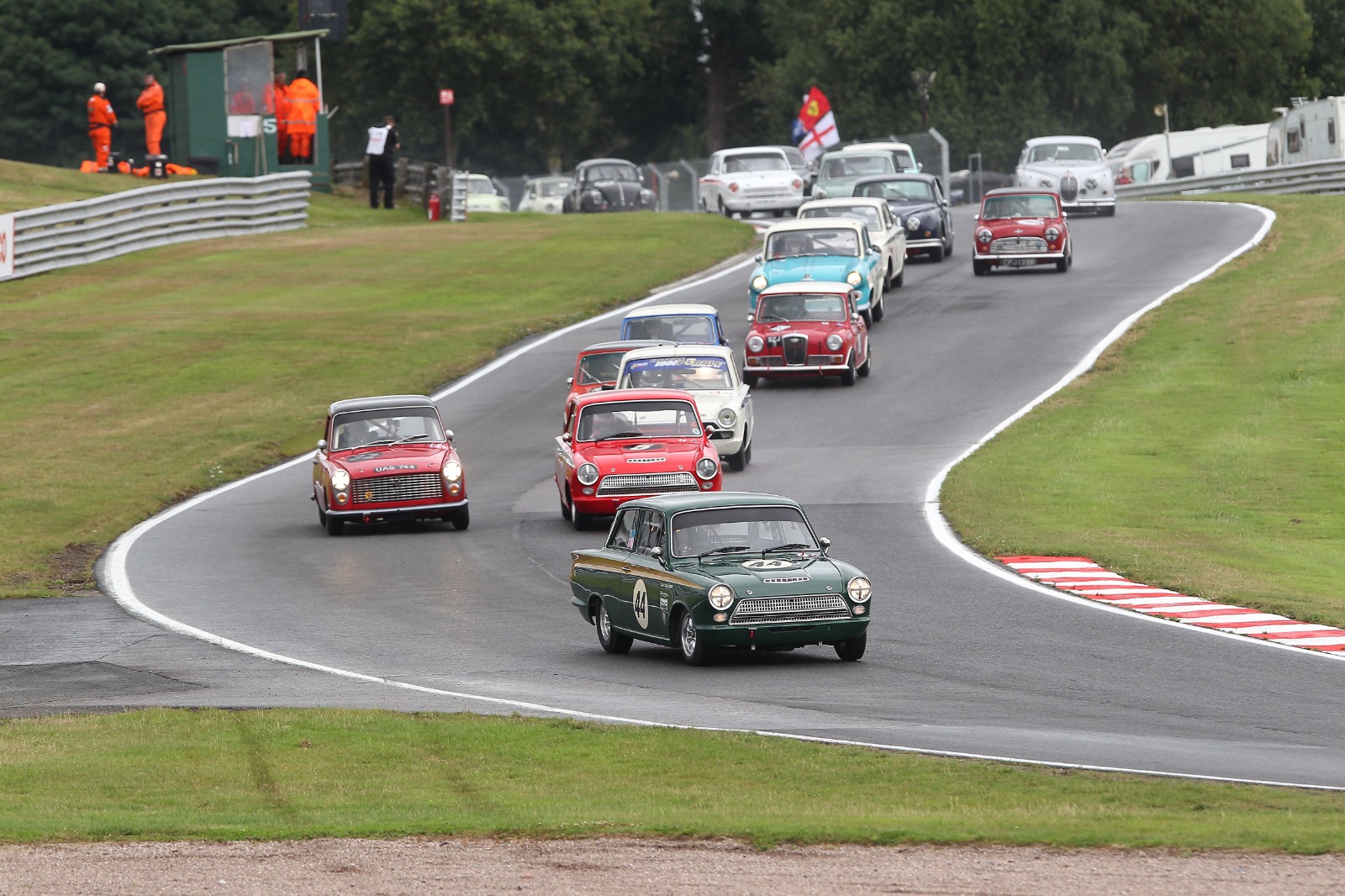 The Gold Cup – behind British Touring Cars, British Superbikes and possibly British GT in the circuit’s annual pecking order – deserves full grids, from wherever they are drawn

Perhaps telling were the Masters Pre-’66 grids, each held over an hour. Nineteen Gentleman Drivers GTs (only two of which doubled up with the Guards opportunity earlier on Saturday) and 15 Touring Cars on Sunday were below expectations.

The two fascinating Vintage Sports-Car Club grids could have been amalgamated, and perhaps been offered a multi-start second handicap outing? But, as one local sage commented, why not revisit the past by running the club’s Seaman (Vintage and Historic) and Flockhart Trophy staples that have struggled to raise half a field at Cadwell Park in recent times? ERAs, Bugattis, Maseratis and more front-engined GP cars and voiturettes would enhance the 2023 Gold Cup if a stronger core proved aspirational. 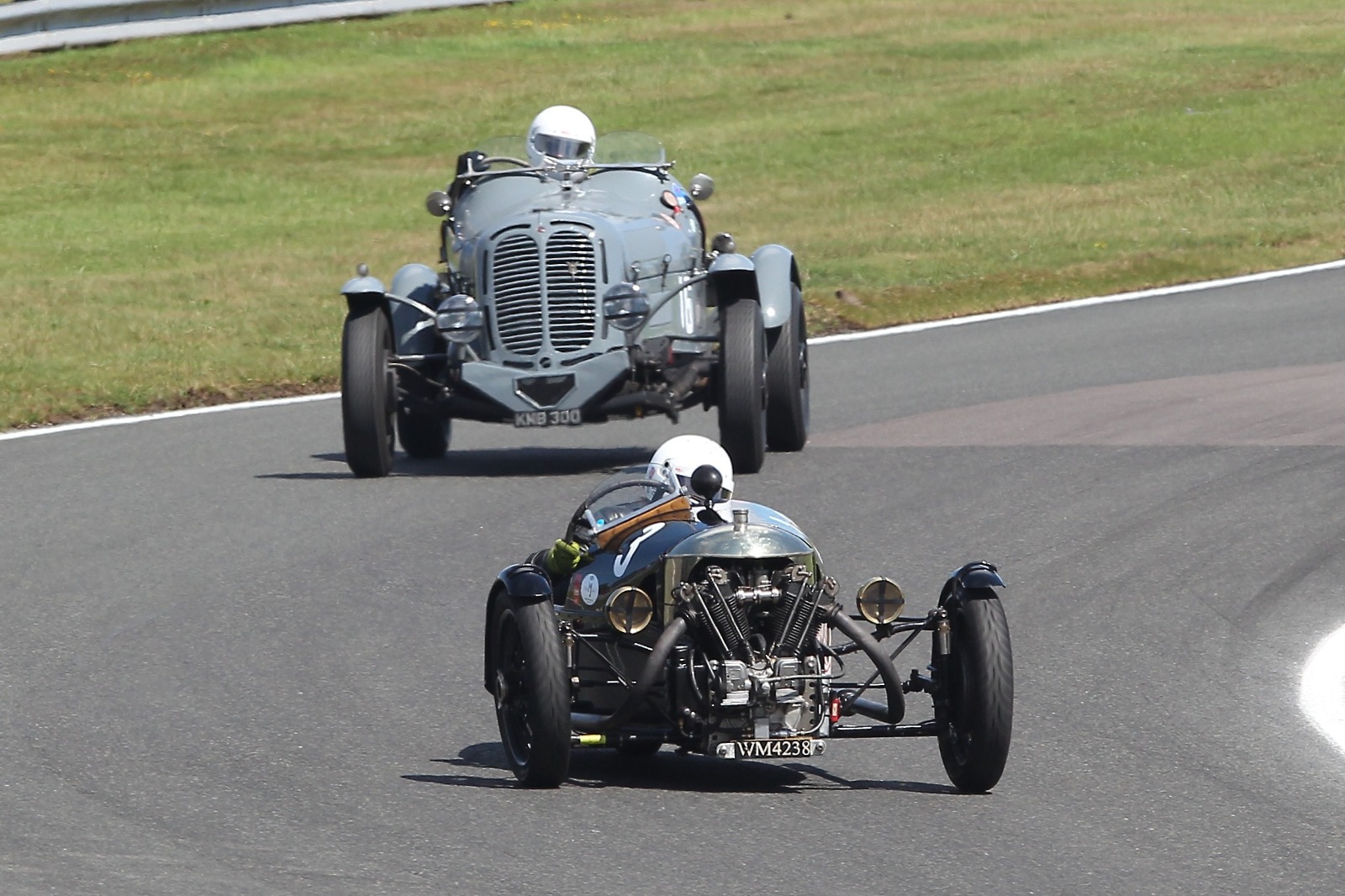 VSCC races could potentially have been amalgamated

Timetabling over all three days doubtless hit support for the hosts’ Griffiths Haig Trophy ’50s sportscar races, made not so much by winner Richard Wilson’s stunning Maserati 250S but by the derring-do of Ryan Morgan, debuting Paul MacDougall’s tiny Panhard Junior, which astonished marshals. Here’s to a better turnout at Castle Combe, where the HSCC was rooted in 1966, for the super 10th anniversary Autumn Classic on 24 September.

Alas the Aurora Derek Bell Trophy races – down to nine starters – struggled, with several regulars committed to F2. The loss of invitee Chris Perkins’s Surtees TS14 after qualifying, at the venue where John Surtees won two of his four Gold Cups in his own machines (scoring his marque’s first F1 win with the TS7 in 1970 and a TS9 in 1971), robbed onlookers of an F1/F5000/F2 battle.

Gauging by reactions at trackside and in the paddock, the CSCC Special Saloons & Modsports fraternity covered itself in glory. Virtually all the competitors are privateers – working folk who appreciated qualifying on Saturday and twin races on Sunday – but, cajoled by the indefatigable Dave Smith and racer Danny Morris, put on a wonderful show outside their home arena. Honouring the great Tony Sugden, an Oulton crowd favourite and regular winner in Ford Escort, DAF/Volvo-BDX and Skoda and Lotus Esprit clones, it could be the catalyst of something bigger.

But the economics of competing, like running race meetings, must be viable. The Gold Cup – behind British Touring Cars, British Superbikes and possibly British GT in the circuit’s annual pecking order – deserves full grids, from wherever they are drawn. Too many events and duplications are diluting fields everywhere, some to parlous levels. Fewer and better is the way forward. “Less is more,” as one leading preparer said at Oulton. 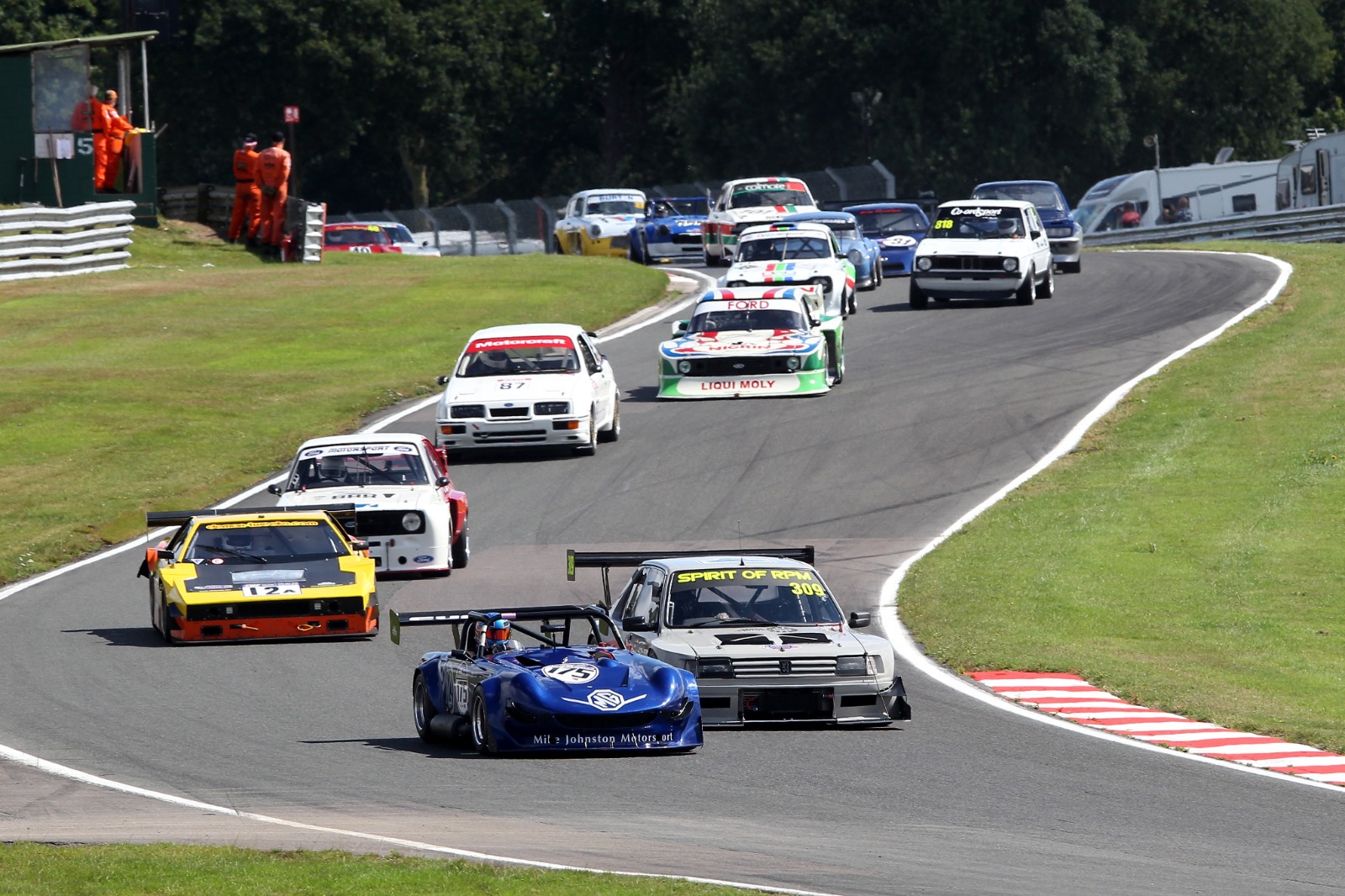