How Plato got to grips with Team Brit's innovative racer

Finding Jason Plato new challenges is a tough ask given his wealth of racing experience. But when the chance to drive the Team Brit McLaren 570S GT4 equipped with hand controls came up, he wouldn’t miss out – even if the encounter left him using a word few drivers will ever utter

It’s not often that a top racing driver uses the word ‘discombobulating’. In fact, few have the vocabulary to venture much further than ‘confusing’. So, it’s just as well that it’s a racesuit-clad dictionary of the calibre of all-time British Touring Car wins record holder Jason Plato who’s been asked to do something a bit, well, discombobulating.

Plato, you see, was asked along to the Dunsfold test track back in the summer to try the Team Brit McLaren 570S GT4 that has been competing in the British GT Championship. Team Brit is the operation that gives chances to drivers with disabilities. Plato’s task was to get to grips with the machine while using hand controls.

“I’ve followed their exploits with a bit of interest because one of their sponsors is Adrian Flux, which is one of my long-term commercial partners,” Plato explains. “It’s a lovely idea, isn’t it? And very inspirational actually.

“I thought it was going to be difficult, and in reality it was much more difficult than I thought. It became apparent very early on that my natural driving rhythm, which is I guess wired into me, that was gone, because you’re not using your legs. I don’t just mean because you press the pedals – I mean the whole rhythm. I just found I was having to use my mind to cognitively drive the car rather than doing it subconsciously. And that was very difficult, because you could very easily cognitively overload.

“For instance, if the thing gets a bit of a waggle on – I took the traction control off just to see what it was like – when it starts to wag its bum, your rhythm automatically kicks in. Your reactions in the car to what you do with the throttle pedal, that’s just programmed, that’s a feel, and all the cues you’re getting from the seat of your pants, what you’re processing with your eyes, that all builds up a split-second picture about what you need to do. But you can’t do what’s normal, and you have to process and give instructions to your fingers, and do you know what? That was pretty difficult.” 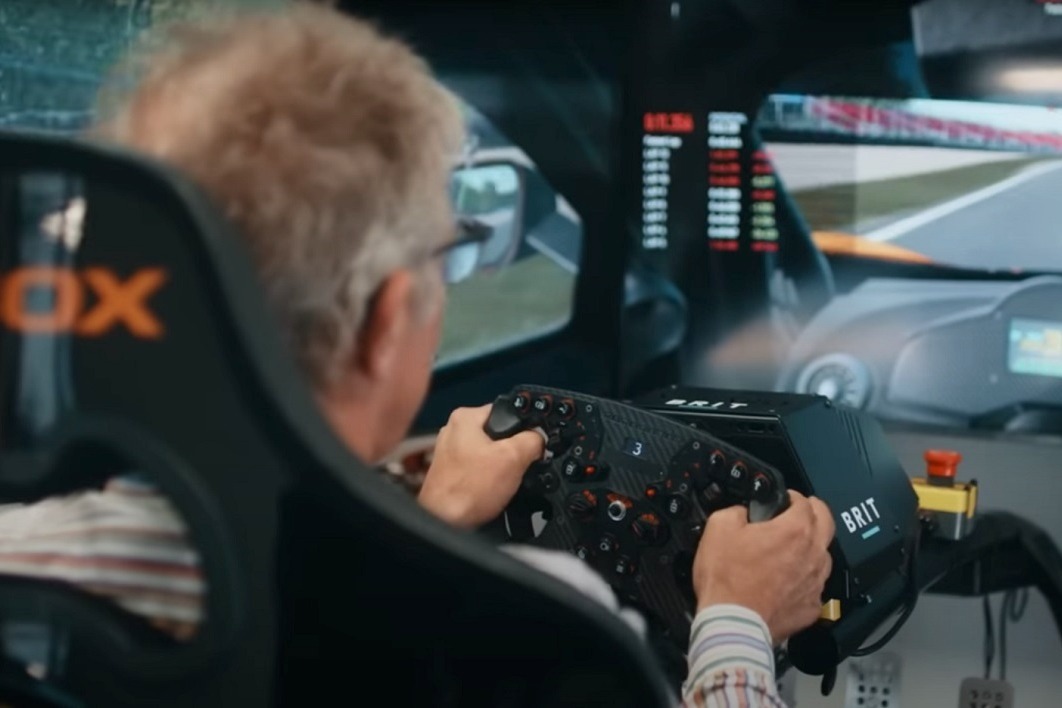 Plato acknowledges that it would take longer to get to grips with the technique than for someone who has never been able-bodied: “One of the things they suggested I do was to cross my legs and put them under the front of the seat, and that felt just weird! But it did help actually – it did kind of remove my legs from being near the action.”

Team Brit’s British GT duo is Bobby Trundley, whose disability is mental (autism) and Aaron Morgan, who is physically disabled since a motocross accident in his teens broke his spine. The beauty is that, with Trundley at the wheel, the hand-control system is switched off. This is important technology that allows disabled racers to share cars with the able-bodied – after all, can you imagine someone crashing heavily because they’ve instinctively shot out a leg to pump a non-existent brake pedal? “The traditional pedals are permanently live, they can’t be turned off – I guess for safety reasons,” points out Plato.

"My driving rhythm is wired into me. It’s not a dance, but it kind of is – you’re kind of alive in the car even though you’re strapped in really tight. That was the hardest thing. It felt alien, it didn’t feel like I was part of the car" Jason Plato

One thing Plato would like modifying is the hand-controlled brakes: “I did speak to them about this to see if they can improve it, and it’s something they’re thinking about. The feel of a brake pedal is really key, and each driver requires a slightly different feel to another driver. Because of the way the hand controls work, it’s very difficult to get feedback from the brake through your fingers. OK, the car’s got ABS on, so in theory you let the system modulate the brakes, but that was an area where I thought there were some improvements to be made which might make it easier for the drivers to exploit performance out of it.”

Plato has driven a conventional 570S in the past, and reckons it would take some time to get up to speed with hand controls. “If I had a full test day, I’m pretty sure towards the end of it I’d be close, but a few tenths away at best,” he predicts. “My driving rhythm is wired into me. It’s not a dance, but it kind of is – you’re kind of alive in the car even though you’re strapped in really tight. That was the hardest thing. It felt alien, it didn’t feel like I was part of the car. But you’d soon learn to rewire.” 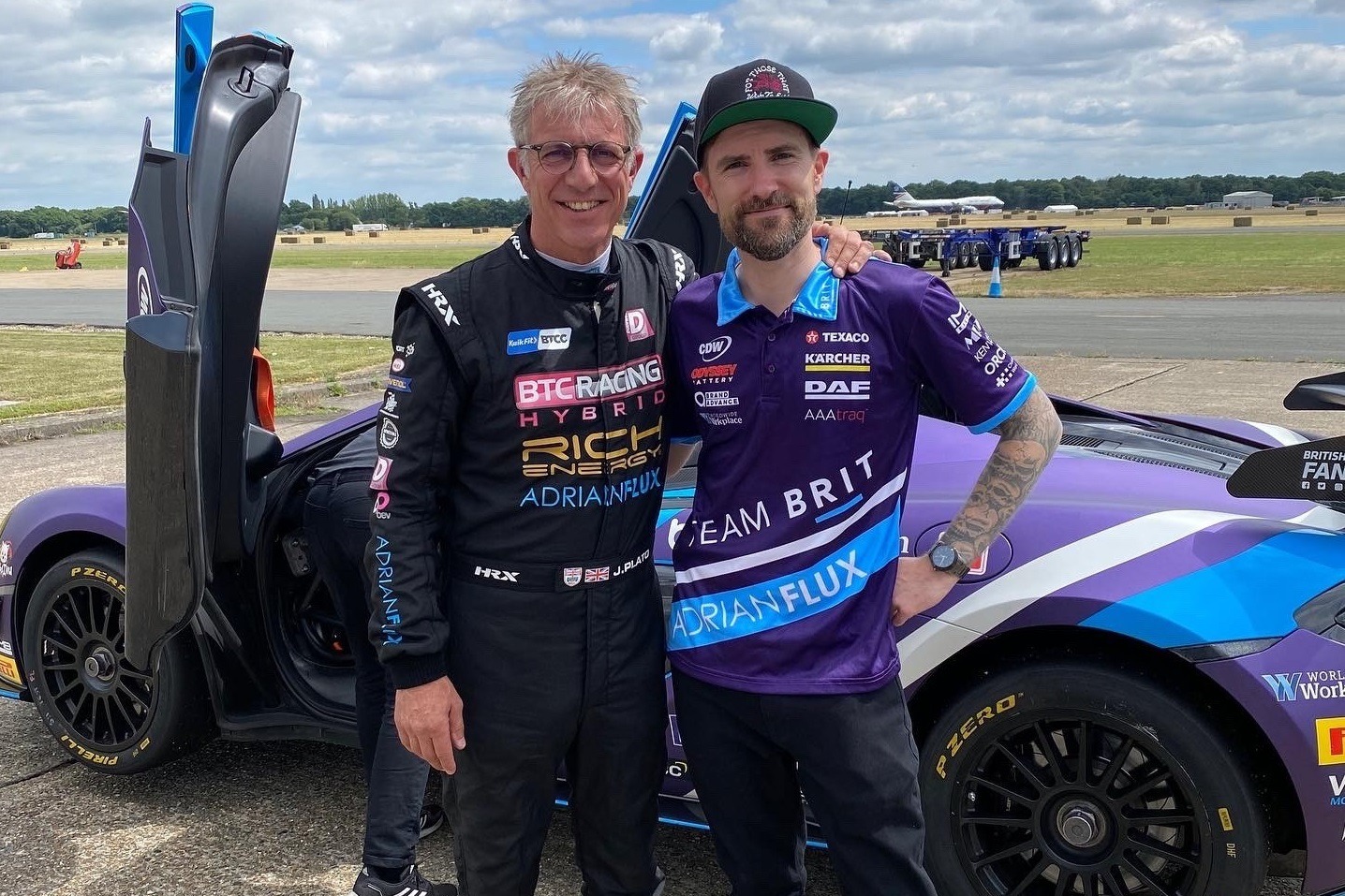 A successful year ends in title for Team Brit

This was a very significant year for Team Brit as the squad stepped up to British GT. The undoubted highlight was Bobby Trundley and Aaron Morgan’s overall GT4 podium at Spa, but it was not the team’s only notable achievement of 2022. Chris Overend and James Whitley also made history by winning the Britcar Trophy title – in their first season of racing.

Overend, who uses a wheelchair as a result of development dysplasia of the hips, was looking at hand controls for a simulator when he came across Team Brit. “I think I played the video with the [hand-controlled] Aston Martin about 50 times!” he recalls. It was a similar story for Paralympic skier Whitley – who was born without fully formed hands – and also contacted the team after reading about it online.

Following some academy training, the novices were paired together for this year at the wheel of a BMW M240i and strong results soon arrived. “I never imagined we’d get on the podium in our first few race weekends but it was a real boost to us and we looked at each other and thought we can really make a mark on this championship,” says Whitley.

And they certainly did, clinching the title at the Donington Park finale. Whitley says there are some parallels between skiing and racing: “When you’re in the car, it’s just you and it’s just you on your skis on the mountain. You’re looking for every tenth of a second.”

After such an impressive maiden campaign, the duo is now eyeing a British Endurance Championship graduation. “It’s a childhood dream to get to race and to win a championship in our first season is unbelievable,” Overend concludes. 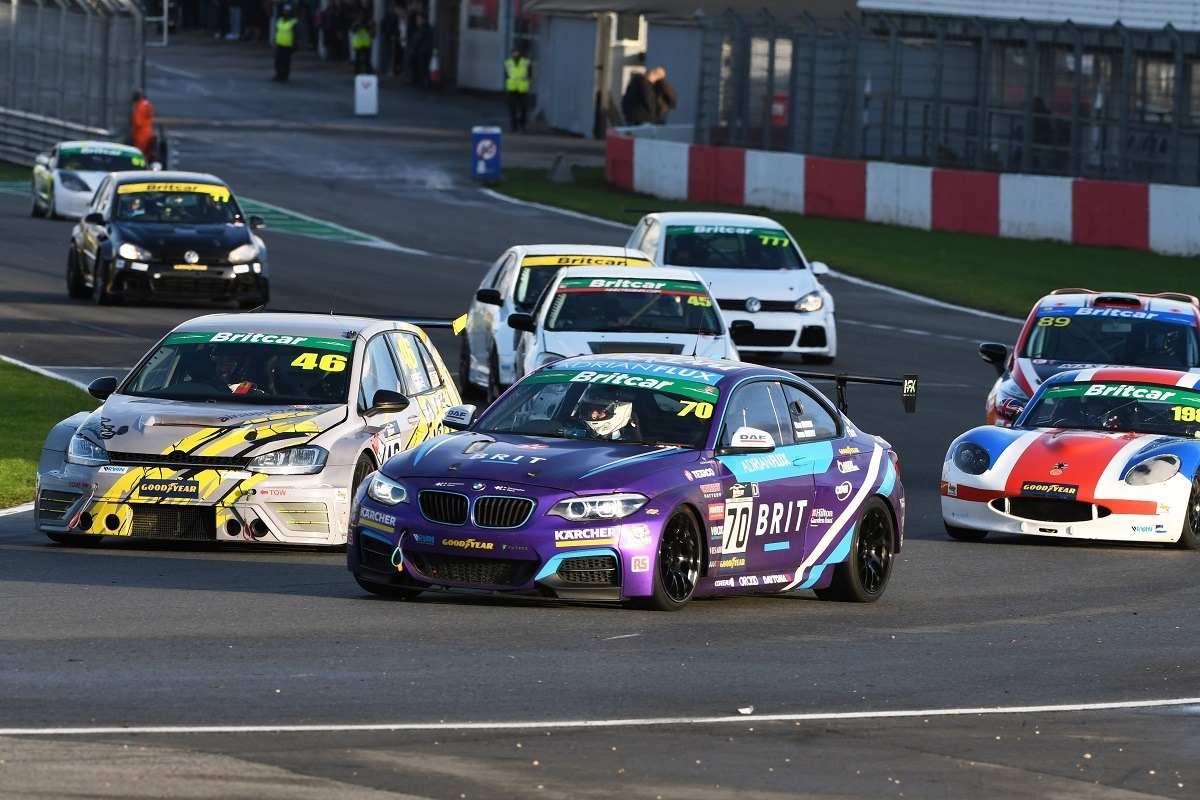