OPINION: The return of Donington's Historic Festival last weekend after a year's absence showcased the very best of motorsport’s heritage – something that needs to be protected

The roar of a thunderous V8 engine, a moment’s silence before a series of downshifts interspersed by crackling and popping from the over-run as the rumbling roar picks up again in the far distance. It might be a cliche, but it really is enough to make the hairs on the back of your neck stand up.

The Amon Cup for Ford GT40s at the Donington Historic Festival last weekend was always going to be the must-see event of 2021 as far as this writer was concerned, and it certainly didn’t disappoint.

“It’s the noise, not only are they a thing of beauty, it’s a proper engine noise – which is missing in modern-day racing,” says Alex Amon, son of Chris, who awarded the trophies post-race and was also witnessing these cars in action for the first time. “It’s everything about them, the look of them is stylish and quick.”

It was hard to disagree, and the sight of them being driven at speed was just as impressive as the noise, with three-time British Touring Car champion Gordon Shedden and others pushing their machines to the limit. This was a proper race and these cars were being driven as they were always intended – on the edge.

It was the same across all the series and championships that took to the Donington circuit, whether it was Rudiger Friedrichs sawing at the wheel of his Alvis Firefly in the Pre-War Sports Car race, or Roy Alderslade and 2013 BTCC champion Andrew Jordan hustling their battle-scarred Shelby Daytona Cobra Coupe to second spot in the three-hour Pall Mall Cup.

After its cancellation in 2020 due to COVID-19, the 10th running of the Donington Historic Festival needed just such a weekend and the only ingredient missing from the mix was spectators lining the grass banks. Something which no doubt was made all the more frustrating for fans after seeing footage of people squashed shoulder to shoulder at The Crucible for the final of the World Snooker Championship over the weekend. 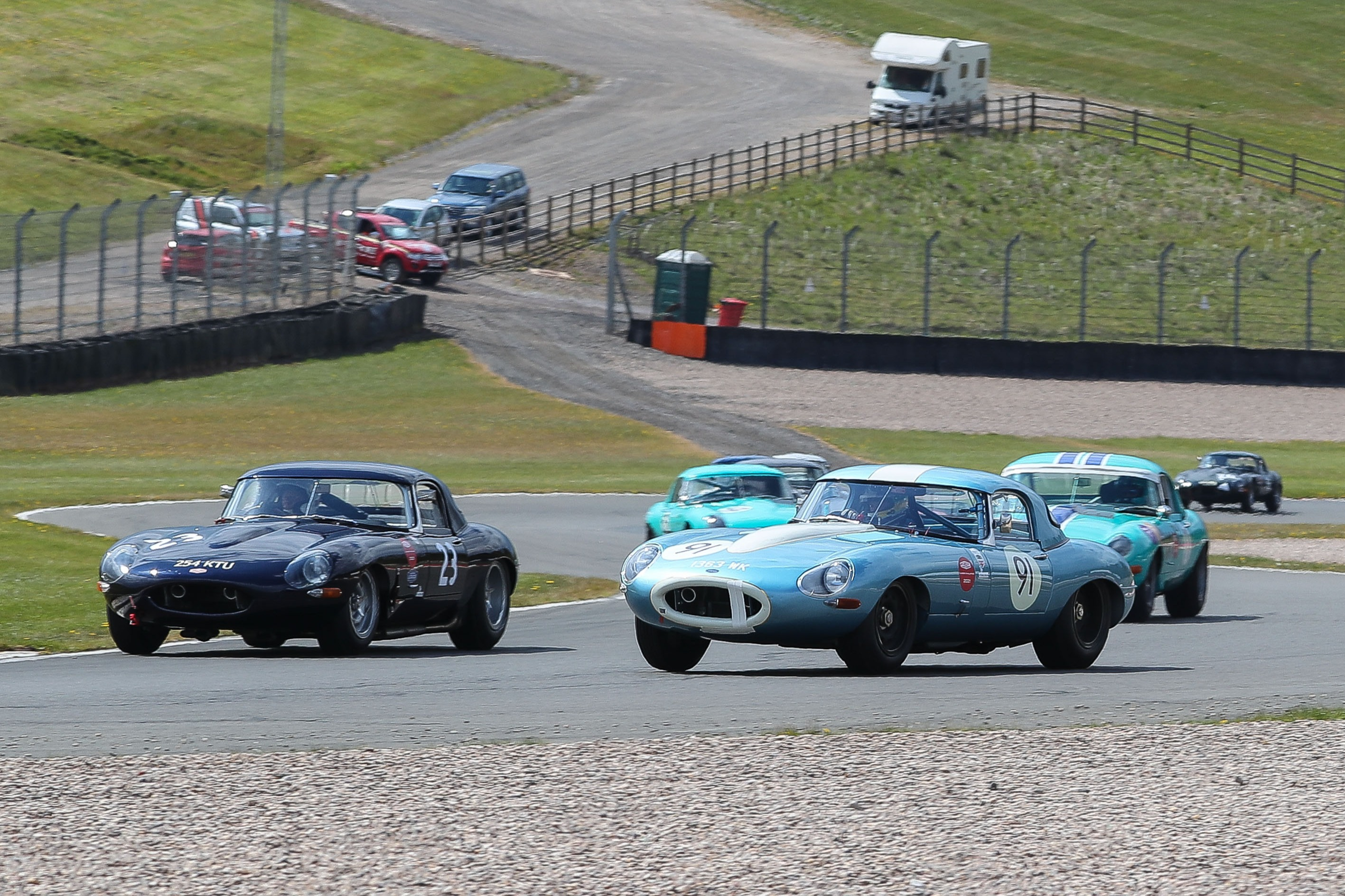 Organiser Motor Racing Legends and partner/sponsor DK Engineering had at least secured a livestreaming deal at the 11th hour, ensuring that people could still view all the racing action from the comfort of their own homes, although this might have been scant consolation for some.

By being livestreamed for the first time, though – which could become a regular feature of the event – hopefully it also attracted the attention of general motorsport enthusiasts, perhaps even those completely new to racing, and not just diehard historic fans who had intended to be at the event.

It’s certainly not every day or even every meeting where you can see Stirling Moss’s 1961 Monaco Grand Prix-winning Lotus 18 in action as part of the Historic Grand Prix Cars Association races for pre-1966 Formula 1 machines.

Almost all of the cars in action last weekend are priceless, one-of-a-kind machines. In most other walks of life, something so significant would be confined to a museum. But to do so would go against why these machines were built in the first place: to race

More than 50 years ago, some of these cars were racing at the pinnacle of motor racing. It would be the equivalent of watching Lewis Hamilton’s Mercedes W12 racing competitively in 2071, albeit that this might be a tad unrealistic such is the complexity of modern hybrid machines and the small army required to even turn them on, let alone race them in private hands.

Also, unlike modern cars, it’s striking how noticeable the characteristics of each historic car are, almost like it has a personality, such was the individuality of the manufacturers of that era and precision needed to drive them. Perhaps this is why it’s such an attractive proposition for professional drivers both young and old.

As well as Shedden, BTCC regular Rory Butcher was at the wheel of a Porsche 911 in the Pall Mall Cup, as was ex-BTCC driver Sam Tordoff, who was driving his dad’s MGB, while European Le Mans Series ace Richard Bradley was out in Formula Junior. 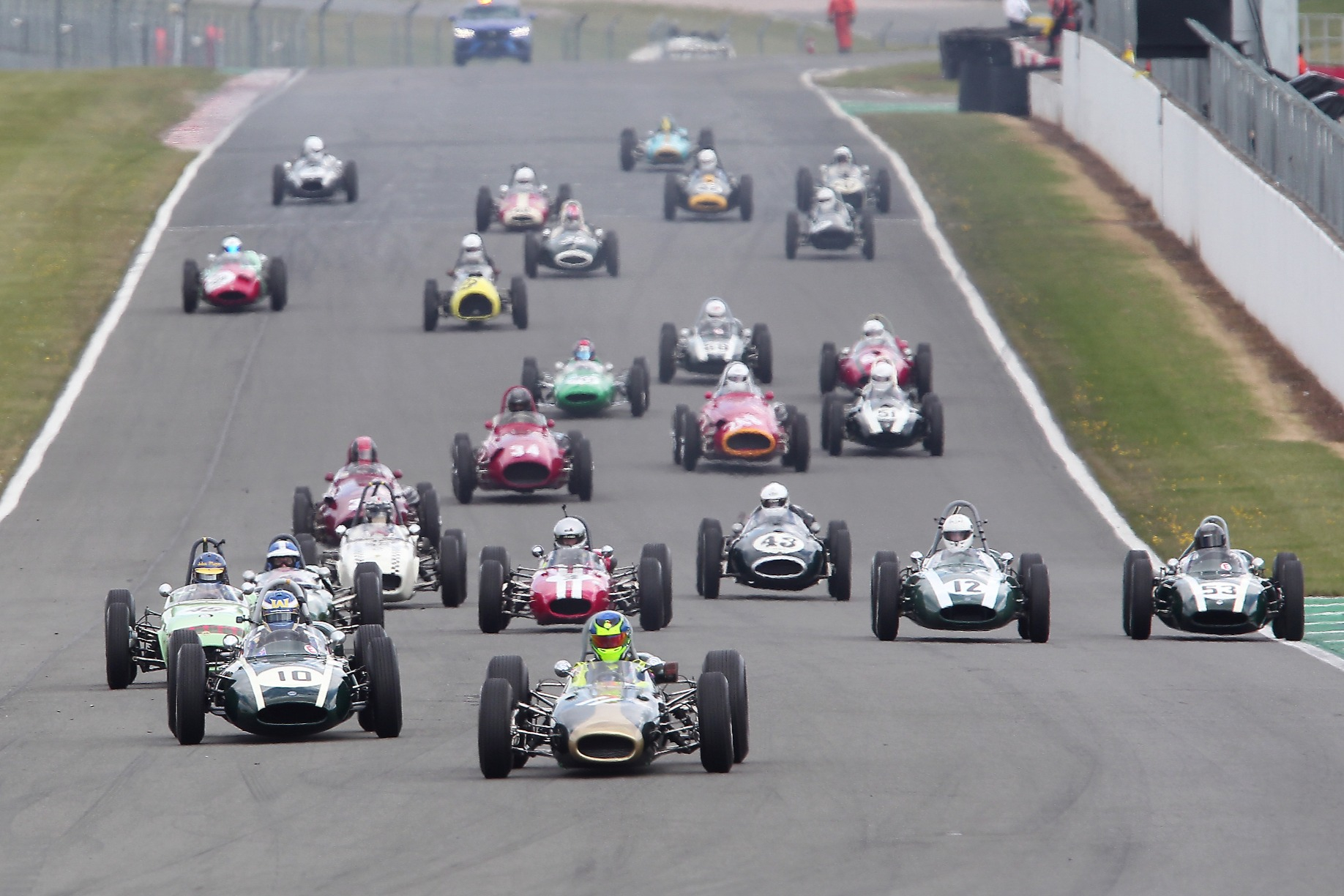 Almost all of the cars in action last weekend are priceless, one-of-a-kind machines. In most other walks of life, something so significant would be confined to a museum. But to do so would go against why these machines were built in the first place: to race. And they encapsulate the history and heritage of motorsport, which must be showcased.

Technological advancements have always been a part of motorsport and that isn’t going to change, with the inevitable rise of electric, hybrid and whatever means of power comes next.

But, while it’s right – and indeed, necessary – that motorsport evolves with the times, we can’t forget about the past. Events like the Donington Historic Festival and its eclectic mix of series and championships need to be embraced and even protected.

Standing watching the GT40s in action, this writer couldn’t help but think the next generation of motorsport enthusiasts might find such a car to be too loud, for example. It’s perhaps a silly thought, but also a slightly sad one, and should historic racing and these wonderful cars appear less and less, that might very well be the case.

It might not be long before they are just museum pieces, and that would be a damn shame. 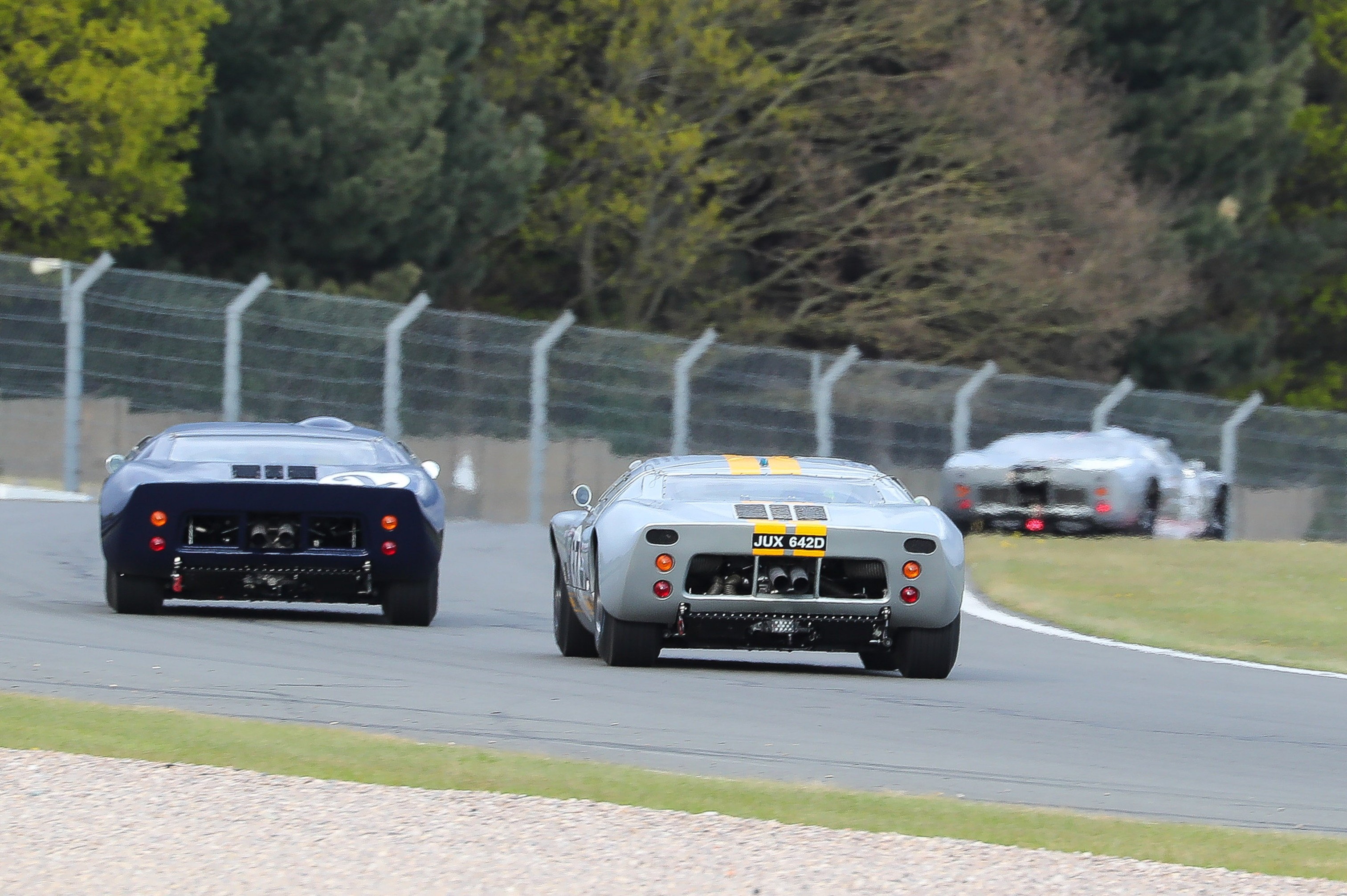 GT40s in action in Amon Cup at Donington Historic Festival