Ellinas raced in the GP3 Series for two years with the Marussia Manor Racing team, winning three races in that spell, before graduating to GP2 for a half-season in 2014.

His most recent full-time campaign was in Formula Renault 3.5 with Strakka Racing in 2015, when Ellinas finished fourth overall with two victories to his name.

He also took part in the 2013 Formula 1 young driver test with Marussia, becoming the first Cypriot to take part in an official F1 session.

Ellinas, 25, will join the JTR team - which is run by Porsche LMP1 factory racer Tandy - as part of its three-car attack on the Carrera Cup, and will race alongside fellow single-seater convert Dino Zamparelli and Lewis Plato.

"It's so hard to climb the single-seater ladder, you have to have so much backing and money that it's just too hard," Ellinas told Autosport.

"I look at my career as a long-term thing, and GT racing is much more sustainable.

"I tested the car alongside Nick at Silverstone last year and really enjoyed it." 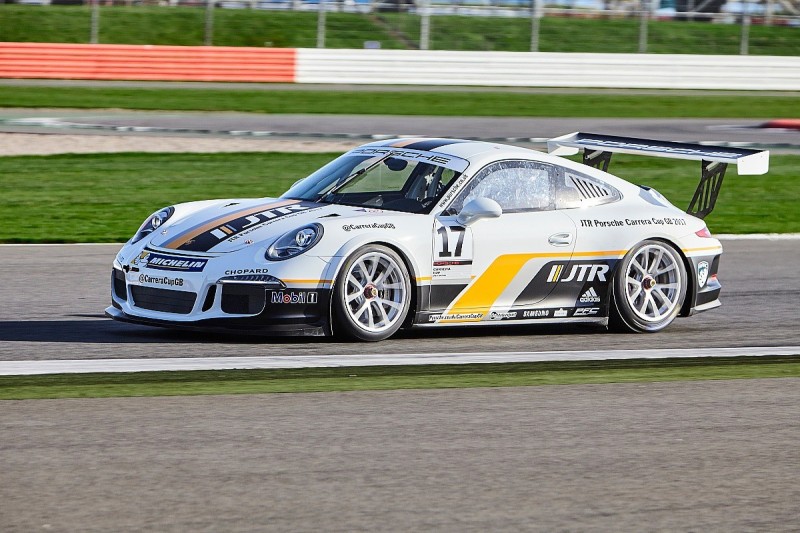 The deal marks Ellinas's return to JTR, the team with which he began his car racing career back in British Formula Ford in 2010.

"It's great to be back with JTR and to have this new challenge," he added.

"I've known Nick for a long time and his knowledge of the Carrera Cup cars will be very useful to me.

"The car has more weight than I'm used to, and a lot less aero than the single-seaters I've been racing.

"It's like going back to FFord as all of the grip is mechanical again; it's really good fun.

"I know the competition in the UK will be very high, I remember that from FFord here.

"But I want to be fighting for podiums and wins by the middle of the year."

Tandy added: "I've kept in contact with Tio throughout his career and watched all of the levels he's raced at.

"When he decided it was time to move out of single-seaters this was the perfect option for him.

"It's the same move I made, and the same one Dan [Cammish, multiple Carrera Cup champion] made too, so Tio is in the right place to make his mark this year."