A fundraising page has been set up to "raise money for the family and friends" of a marshal who died in a crash at Brands Hatch on Saturday.

W Series title contender Alice Powell has set up the fundraising page which has already reached over £15,000, while tributes from across the motorsport community have flooded in for marshal Rob Foote, who was named on Monday.

The incident happened at a British Automobile Racing Club meeting, when two drivers made contact along the start-finish straight at the Kent circuit during the opening laps of the Classic Touring Car Racing Club's Pre 93 & Pre 03 Touring Car race.

One car was sent into the barrier on the outside of the circuit where it was launched into the air and collided with a marshal's post.

Foote, a former mayor of Epsom, was declared dead at the scene while a second marshal suffered a broken arm in the incident and was taken to hospital.

Seven-time Formula 1 champion Lewis Hamilton was among a flurry to pay their respects to the 67-year-old and posted on Instagram: "Devastated to hear of the passing of a marshal at Brands Hatch circuit yesterday. These volunteer marshals are what makes racing possible, they are our heroes. My heart is with his family."

Williams F1 driver George Russell took to Twitter to share his thoughts: "So saddened to hear that a volunteer marshal lost their life at Brands Hatch yesterday.

"These men and women give up their time to allow us to do what we love. We couldn’t do it without them. My thoughts are with their family, friends and fellow marshals today. Rest in peace." 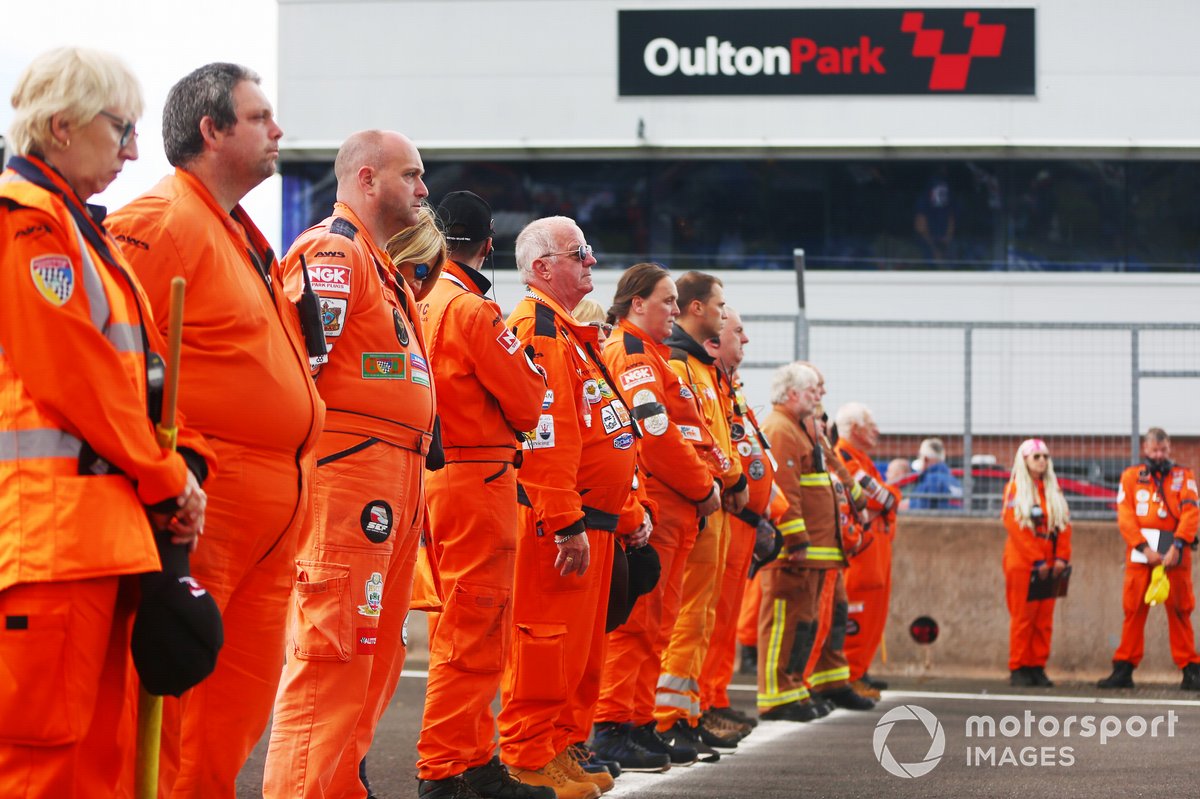 Damon Hill, 1996 F1 champion, said: "Today's motorsport will be a tribute to all marshals, but especially those who have lost everything so we can race."

The race was immediately halted while emergency crews attended the scene, including the air ambulance while Kent Police confirmed they were called shortly before 3pm "following a collision involving a car and a person on foot".

BARC confirmed on Saturday evening that a marshal had died in the incident and that it was "now working with the national governing body, Motorsport UK, and the local police".

"On behalf of everyone connected with the BARC, we are devastated by loss of one of the amazing volunteer marshal community who do so much to enable the sport to take place," continued the statement.

"Our thoughts and best wishes are with the family and friends of all those involved."

The rest of the day's action was cancelled but racing on Sunday went ahead with a minute's silence held in memory of Foote.

The driver of the car, Simon Beament, was taken to hospital following the crash and suffered a broken left leg and right ankle.

However, Beament said his only thoughts at the current time are with the friends and family of Foote, and Beament also paid tribute to the marshals and medics who have looked after him.