Chilton is scheduled to drive the 1965 Ford Mustang owned by engine tuner Neil Brown in the Shelby Cup at the Revival on September 12-14.

The 23-year-old, who will share the car with Fortec team boss Richard Dutton, was encouraged to approach Brown by British Touring Car Championship ace Matt Neal.

"I've been for the last few years as a spectator and absolutely loved it," Chilton, who will become the first active F1 race driver to contest the Revival since then-Toro Rosso racer Tonio Liuzzi in 2006, told AUTOSPORT.

"As soon as someone offered the opportunity I thought why not. It's a great experience and I've always wanted to do it.

"It's a great car to have a bit of a drift going on. Every race I've ever done is for the future of my career so it's really nice to do something for fun." 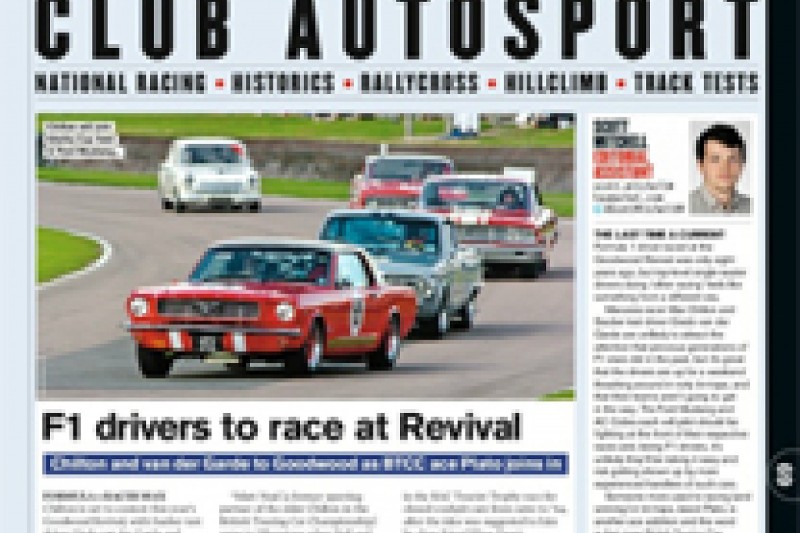 Dutchman van der Garde will make his Revival debut driving an AC Cobra in the RAC Tourist Trophy race for closed-cockpit cars from 1960 to '64, after the idea was suggested to him by close friend Klaas Zwart.

"I have never raced an historic car, or a car with a roof over my head," ex-Caterham F1 racer van der Garde told AUTOSPORT. "I'm going to do a test soon and take it from there.

"It's something nice, I've always had a passion for old cars, especially the 1960s.The cars were really beautiful. If you have the opportunity to race a Cobra, why not?"

This week's AUTOSPORT magazine - available in shops and online - includes more details about the Goodwood Revival and Festival of Speed line-ups, including BTCC and WRC stars' plans